For the second year in a row, Toronto has been ranked as the worst city for bed bugs in Canada.

In a news release issued Monday, Orkin Canada revealed that Toronto was the city with the most service calls issued for bed bug treatments. The company named Toronto as Canada's worst city for bedbugs last year as well.

The findings are based on the number of commercial and residential bed bug treatments carried out by Orkin from Jan. 1 to Dec. 31, 2021.

Of the five cities ranked as the worst for bed bugs, three of them are in Ontario. Toronto takes the top spot, while second place goes to Sudbury and fifth place goes to Oshawa. Vancouver ranked third and St. John’s, fourth. 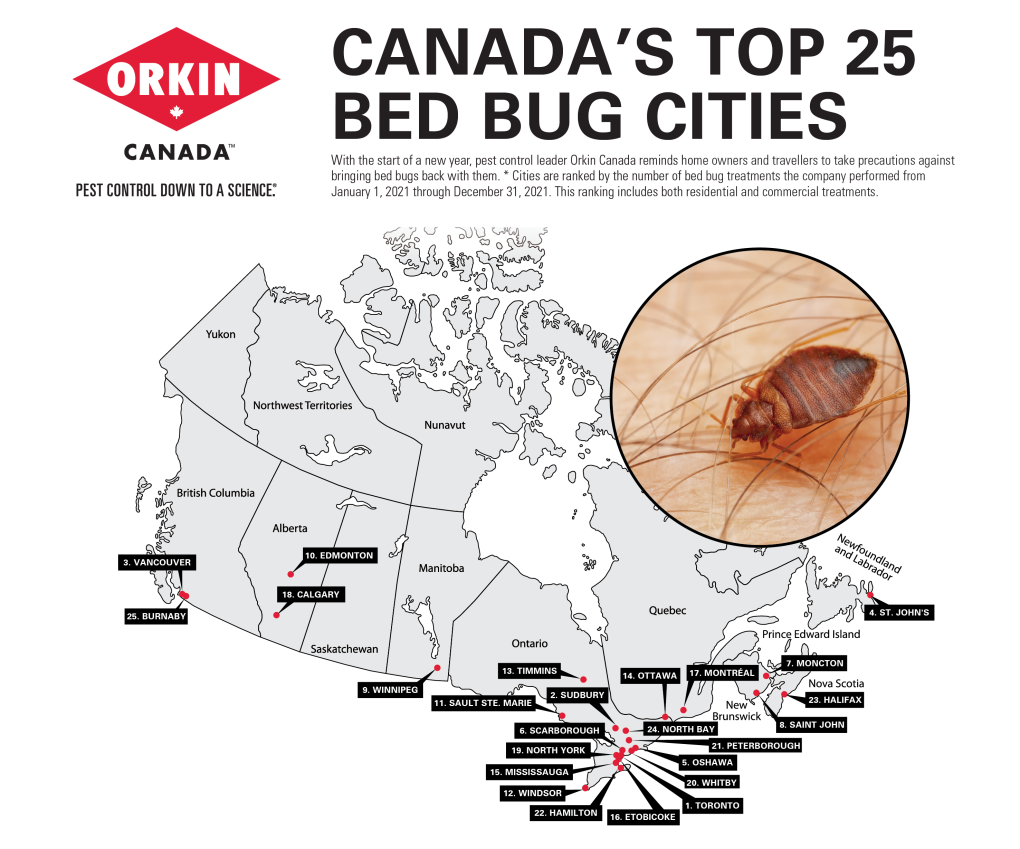 The worst cities in Canada for bed bugs (Orkin Canada)

While bed bugs may be an unpleasant discovery, Orkin says they are common and “extremely efficient hitchhikers.”

“They can move easily across a room and climb onto luggage or anything left on a bed in just one night,” the company said in its release.

To avoid a bed bug infestation, Orkin recommends not putting clothing or luggage on your bed, laundering clothes or furniture once they're brought into your home, and regularly inspecting your  residence for signs of bed bugs, especially after travelling.

Bed bugs have a flat, broad, oval-shaped body, and are often dark brown and very small — approximately four millimetres long. They are visible to the human eye.