TCHC buildings to be demolished, rebuilt in planned Queen-Coxwell revitalization

The city is set to tear down two crumbling community housing buildings in a bid to transform the Queen East properties into a revitalized mixed-income community that adds even more affordable housing at no cost to taxpayers.

“This revitalization is about more than bricks and mortar,” Mayor John Tory said at the announcement Monday. “It’s about creating a new community where renters and TCHC tenants and condo owners live side-by-side.”

The current complex, which was built in the 1960s, contains 120 Toronto Community Housing Corporation (TCHC) units that have fallen into a significant state of disrepair. 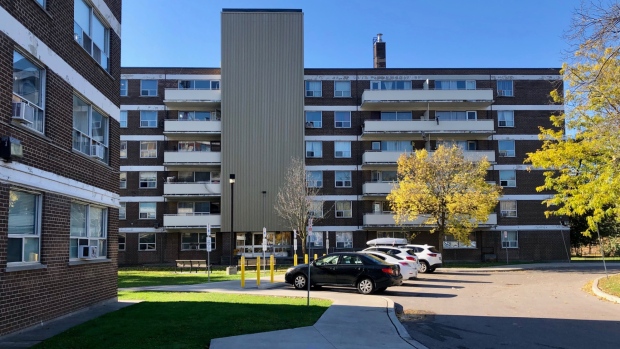 The existing buildings at 1555 and 1575 Queen St. E. will be demolished. (Natalie Johnson/CTV News Toronto)

“There’s over $22 million we need to spend on these buildings just to bring then back to an acceptable condition,” the housing agency’s CEO Kevin Marshman told CTV News Toronto Monday.

“Do we just repair something that’s not standing the test of time very well, or do we knock it down and get a brand new community?” local councillor Paula Fletcher asked Monday. “I think Option B is going to work well here.”

Many of the politicians are proud of the price tag for the project. By leveraging the value of the 3.5-acre site, the new community will be built at no cost to the city. 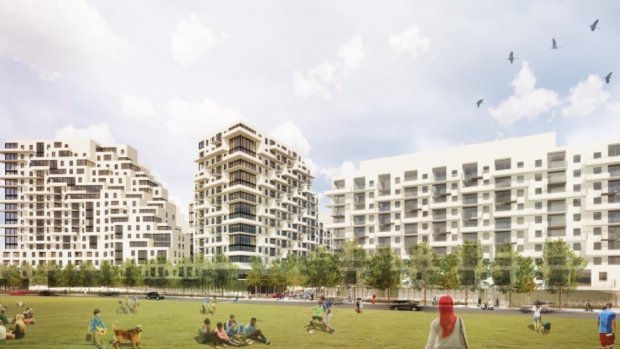 The tenants living in the two existing TCHC buildings will be relocated to other affordable units on other properties while the rebuild occurs, with the right to move back into a brand new unit once the revitalization is complete.

Tenant Carol Larkin, who has lived in the Don Summerville Apartments for 46 years, was not pleased with the prospect of having to live elsewhere during the rebuild.

“I think they should just refurbish, rather than tearing them right down,” she told CTV News Toronto.

But tenant Dionne Samuels, who recently dealt with a major water leak in her unit, was thrilled with the news that the complex would be rebuilt as a brand new, mixed-income community.

“The excitement of it all, to come back to some place spanking new facilities, new apartment, new amenities,” she told CTV News Toronto. 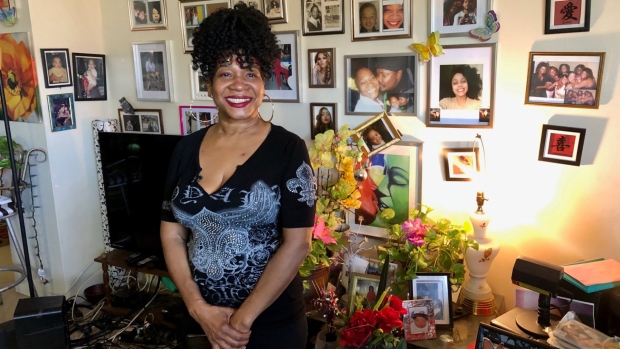 Tenant Dionne Samuels, shown here in her apartment, is thrilled that her building will be revitalized. (Natalie Johnson/CTV News Toronto)

Tenants will be relocated by next summer, with the goal of shovels in the ground by the end of next year and a completion date of 2023.

The city hopes the project will serve as a model for future affordable housing plans.

“The evolution of TCH revitalization over the past few years was really focused on replacing the units. Today marks a step forward where we’re not just replacing, but we’re adding more affordable housing to the mix,” local councillor Brad Bradford said.

“We shouldn’t be doing that anymore in Toronto,” she said. “That’s an old, tired, model. We need a new model.”