TORONTO -- Police are trying to locate multiple suspects who investigators say indiscriminately fired gunshots into a crowd at a toddler’s birthday party in Rexdale on Saturday night, wounding four people, including three children.

Gunshots rang out in the area of Tandridge Crescent and Byng Avenue shortly before 8 p.m. and emergency crews arrived on scene to find four victims, including a one-year-old child, a five-year-old girl, an 11-year-old boy, and a 23-year-old man, suffering from gunshot wounds.

They were transported to hospital via emergency run with injuries ranging from minor to critical.

The family of the five-year-old girl, who initially suffered life-threatening injuries, told CP24 that she is now in stable condition.

The one-year-old, who was grazed by a bullet, has been released from hospital.

Speaking at the scene on Sunday afternoon, Supt. Ron Taverner said that the 11-year-old boy was shot in the buttock and is expected to make a full recovery.

Taverner was unable to provide an update on the condition of the 23-year-old wounded in the shooting, but investigators told CP24 on Saturday that he sustained a gunshot wound to the leg.

“Obviously a horrific, horrific set of events.... I've been a police officer for a number of years and this is one of the most disturbing scenes when you see young people like this indiscriminately shot. It's disgusting,” he said.

“Our hearts go out to the community. It's a terrible situation for anyone that lives in this area.” 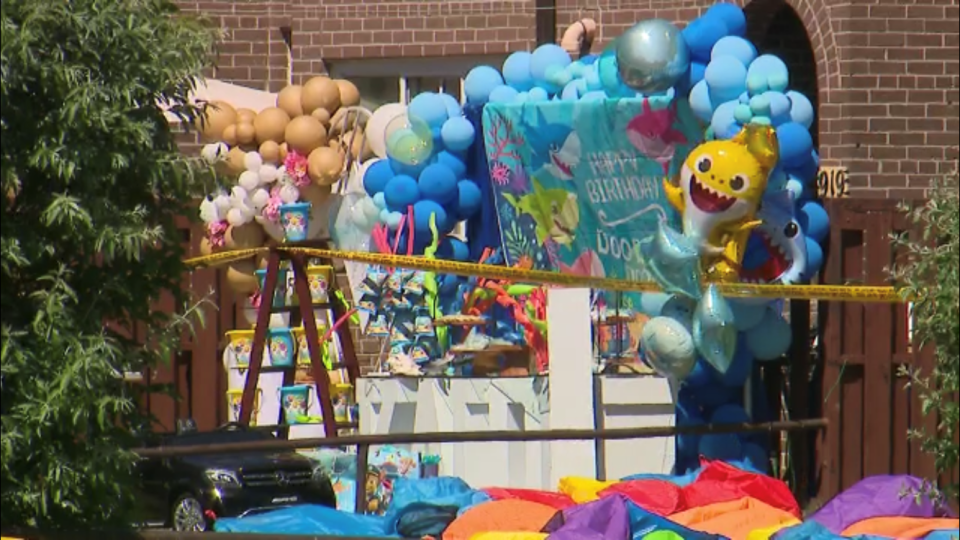 Taverner would not say how many suspects police are looking for but investigators believe the perpetrators fled southbound on foot and took off in a waiting vehicle.

“There was a vehicle that was seen leaving the area. At this particular time we are not giving out that information. There are various reasons for that. Even the same with the suspect descriptions. We will be releasing that information soon but right now we're not,” he said.

Police are still trying to determine a motive for the brazen, daylight shooting.

“We don't believe at all that children were the targets of this. As far as motive, I can't say right now... there are a number of theories out there. A number of people have their own ideas of why this happened,” Taverner told reporters.

“We are just trying to work through all that and I can tell you that we have the resources to solve this crime and we will solve it.”

The Toronto Police Service’s forensic identification unit is currently on scene and is working to collect and preserve evidence. 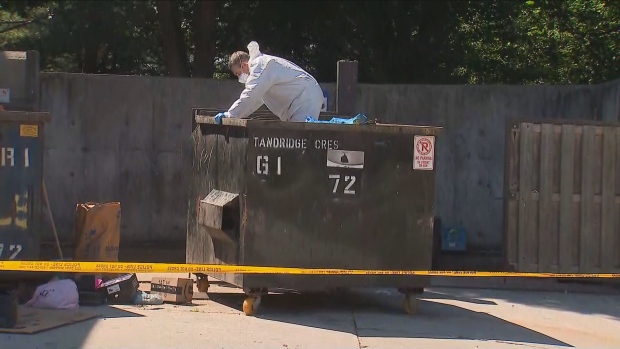 “There are video cameras that are placed all around and they were working. That's all I'll say about that,” he added.

Investigators were seen in the area searching dumpsters for evidence but Taverner said he does not believe any weapons have been recovered at this point.

A police source told CP24 Sunday said that a warrant has been obtained to search a residence on Tandridge Crescent.

Police are urging members of the public to come forward with any information they have about the incident.

“It is so important for people to come forward, people to give us information of what they saw or even what they believe happened or who they believe is involved. We need help,” Taverner said Sunday.

“We can have all kinds of investigators here, but if we don't get support from the community it makes our job twice as hard.”

In a statement released Sunday, Ontario Premier Doug Ford says the perpetrators of the shooting “must be found and brought to justice.”

“The shooting that took place in Rexdale last night is inconceivable and beyond comprehension,” Ford said in a tweet.

Ford encouraged those who may have witnessed the incident to contact police.

The shooting that took place in Rexdale last night is inconceivable and beyond comprehension.

The perpetrators must be found and brought to justice. If anyone has any information, please contact the Toronto Police Service or Crime Stoppers immediately. pic.twitter.com/pE6dAOa67W

The premier’s comments echo statements made by Toronto Mayor John Tory earlier in the day.

“This is irresponsible, outrageous behaviour. There is no other way to put it.”

Tory also encouraged anyone with information about the incident to reach out to investigators.

“I really, really hope in this case, so we can bring these people to justice and apply the full weight of the law, that people who were around there or there who saw something... they will confide in the police or in Crime Stoppers so we can track these people down and deal with them,” Tory said.