Steven Del Duca is running to become the next mayor of Vaughan.

The former Ontario Liberal Party leader made the announcement Tuesday morning and pledged to focus on fighting traffic gridlock in the city.

"Well, first of all, I spent the last couple of months with family and close friends reflecting on what took place in June. It was a humbling experience. There's no doubt about that. But I'm passionate about public service again," Del Duca told CP24 Tuesday morning.

Outgoing Vaughan Mayor Maurizio Bevilacqua announced in June that he would not be seeking another term in office, after holding that role for more than a decade.

Del Duca says he had a chance to work closely with Bevilacqua and thanks him for his service to the city. 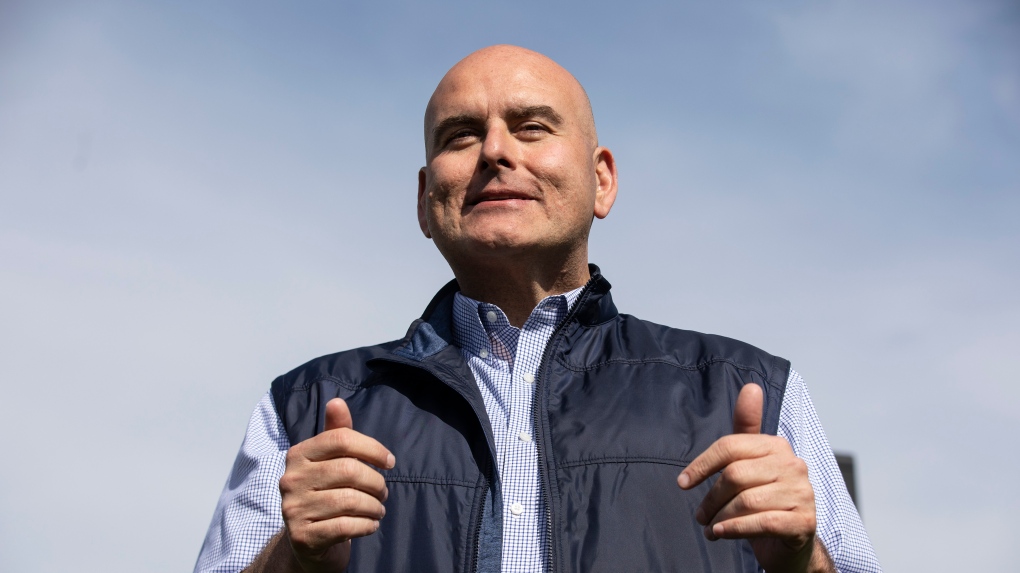 "We've had exceptional leadership over the past 12 years from Maurizio Bevilacqua, a dear friend of mine, and I want to carry on with that tradition to keep building in particular to make sure that our transportation network keeps up with the growth because traffic gridlock is a brutal, brutal problem right now here in the city of Vaughan and that's what I want to focus on," he said.

Del Duca stepped down as the Liberals’ party leader in June immediately following his crushing loss in the provincial election.

The 49-year-old ran for a seat in Vaughan-Woodbridge but lost to incumbent PC candidate Michael Tibollo, who also beat Del Duca in the same riding in 2018.

Del Duca was first elected to provincial office in 2012, and served as transportation and economic development minister in the Kathleen Wynne government between 2014 and 2018.

He then became leader of the party in 2020, after Wynne stepped down following her defeat in the 2018 provincial election.

Del Duca says his experience as transportation minister gives him an advantage to fight the “traffic gridlock crisis” in Vaughan.

"I want to see GO train lines through Woodbridge, and through what's known as Kleinburg-Nashville. I want the Yonge North Subway Extension to come up to Vaughan but we have a whole bunch of east west road connections that need to be built. On Teston Road, on Kirby Road. There's a whole bunch of work that needs to be done and it needs to be done in a way that helps benefit every family and every small business here in this incredible community."

Del Duca has lived in Vaughan for the past 35 years with his wife, two daughters and two dogs.

Municipal elections are set for Oct. 24.

Russia to annex more of Ukraine on Friday at the Kremlin

Russia planned to annex more of Ukraine on Friday in an escalation of the seven-month war that was expected to isolate the Kremlin further, draw it more international punishment and bring Ukraine extra military, political and economic support.

What may be the broadest and longest study to date has found Canada's Arctic Ocean is growing more acidic up to four times faster than any other sea on the planet.