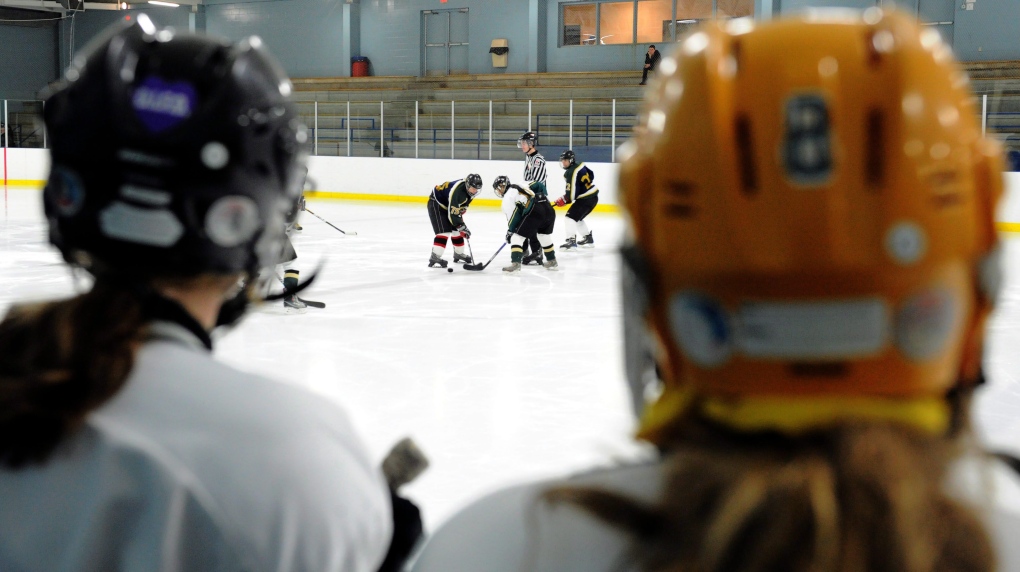 TORONTO -- Ontario health units are starting to take a harder line than the province on COVID-19 vaccination rules for youth sports, but some operators say the sudden change has unfairly shut out young participants.

The province's proof-of-vaccination policy affecting gyms and other indoor facilities, which took effect last month, exempts people under age 18 who are entering fitness facilities to participate in organized sports.

Statements from public health pointed to heavy breathing, close and prolonged contact, crowded spaces and lack of masks during indoor sports that increase the likelihood of COVID-19 transmission.

Windsor-Essex's top doctor pointed to the "significant" fourth wave of infections in the region and low vaccination rate among youth.

York Region highlighted virus outbreaks linked to basketball tournaments over the last year, projections that the region could see 430 daily cases by December and a rate of infection nearly 10 times higher for unvaccinated youth.

"Requiring more groups to be protected with COVID-19 vaccinations will help reduce this risk while maintaining opportunities for sport," the health unit wrote in a Sept. 29 statement, saying it plans to focus on education in the early days of the rules.

Other health units are following suit.

Huron Perth Public Health, the Middlesex-London Health Unit and Southwestern Public Health jointly announced on Wednesday that they would require COVID-19 vaccination for all youth sport participants aged 12 and up as of Oct. 31.

In Windsor and York Region, however, operators and parents were given less than a week to comply with the new rules, which are now in effect. That quick turnaround time has sparked concern that even those who want to get vaccinated to keep participating aren't able to do so.

Tom Carter and Lee Newman own and operate a dance school in Stouffville, Ont., and have organized an advocacy group for other dance studios during the pandemic.

The pair said the lack of grace period for people to start their vaccination cycle is unfair, and argued that it could mean the policy has the opposite of its intended effect.

"If the idea from public health is to incentivize parents and teenagers to get the vaccine, we support that, but by not providing them a grace period, they lose their opportunity to participate immediately," Carter said by phone.

"None of the incentive exists for them to go out and start the process."

Stouffville Academy of Music and Dance lost some business immediately, the couple said.

They are also concerned that a heavier burden is being placed on businesses to immediately implement the rules, after several municipalities in York Region announced they would comply with the policy but only by Nov. 1, a full month after the deadline set by the health unit.

Newman said businesses don't feel they have that same leeway and said she worries that not complying would set a poor example for the students.

"If we're telling them, 'You know what, we're not going to get punished right now, so we're not going to follow the rules,' I don't know that that's the message we want to be sending to the children that we're educating," she said.

A hockey league in Windsor, Ont., has started a petition asking the mayor and public health unit to change the rules because the Ontario Minor Hockey Association had already set a later Oct. 31 deadline for participants to get vaccinated.

The Windsor Minor Hockey Association said the regional vaccination rule is shutting out participants who were already planning to get their shots on a different timeline.

"We want this mandate rescinded and replaced with a mandate that wouldn't affect people who are complying," the online petition reads.

"Grant an extension to those who are complying but won't have their children, or themselves fully vaccinated until the October 31st deadline."

In a joint statement, the public health officials said they took a unified approach to the policy to keep a consistent approach and protect communities as teams travel across the northern region.

"The benefits of physical activity and socializing are critical to residents' well-being," their statement said. "Requiring proof of vaccination for those who support organized sport will help to keep sports running and protect all those participating."

The immunization rule doesn't apply to youth participants but the group of top doctors say that will change if deemed necessary.

Asked if Ontario would change the immunization exemption for youth sports participants, a spokeswoman for the health minister said that while the province's top doctor "continues to review the evidence and data on an ongoing basis," public health units have the ability to implement additional measures based on local knowledge and context.