'Some kind of sick joke': Mother says her son was shot dead in Scarborough as he slept

TORONTO -- The mother of a 25-year-old man who was fatally shot early Saturday morning says that her son was asleep on the couch when bullets flew through a glass door.

Paul Anthony Desouza was found by police around 2 a.m. at a home on Military Trail, near Neilson Road, suffering from multiple gunshot wounds.

He was rushed to hospital by paramedics, but later died of his injuries.

In an interview with CTV News Toronto, his mother said that Desouza had been visiting a friend’s place Friday night. About eight people were inside the home, including his four-year-old niece and her five-year-old cousin, when the shooting happened.

“This is some kind of sick joke,” Kerry Ann Desouza recounted, thinking back to the moment she learned her son had been shot. “Nobody would want to shoot or hurt PJ. Not just because he’s my son, but he’s the most humble, kindest soul you could ever meet.” 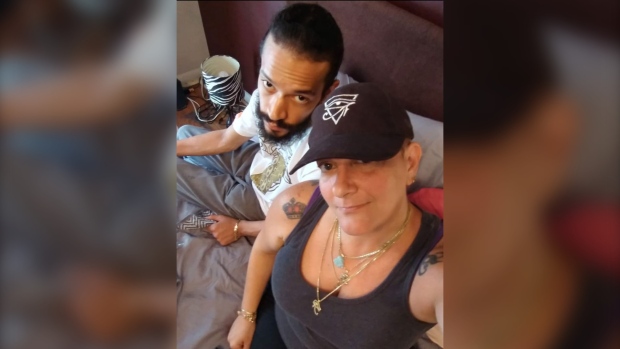 Kerry Ann Desouza told CTV News Toronto she was diagnosed with Stage 4 pancreatic cancer about a year ago, and was told by doctors she would have less than six months to live. Her son had been supporting her through cancer treatments.

“My son was supposed to bury me,” said Kerry Ann Desouza. “To have his life taken like this, in a senseless act of violence, it doesn’t make sense.”

Kerry Ann Desouza saw her son’s body for the first time Tuesday at Ogden Funeral Home. He will be laid to rest on Jan. 25.

The Toronto Police Homicide Unit is leading the investigation, but have not provided any suspect descriptions.

“When it’s something like this, that has to do with violence against someone who had nothing to do with that lifestyle,” said the victim’s godmother, Allison Shaw. “And how do you get closure? How do you get any sort of peace when you know the people that did this are out there? And they could do it again?”

Paul Anthony Desouza is Toronto’s second homicide victim of the year. Anyone with information is asked to contact police at 416-808-7400 or Crime Stoppers anonymously at 416-222-TIPS (8477).