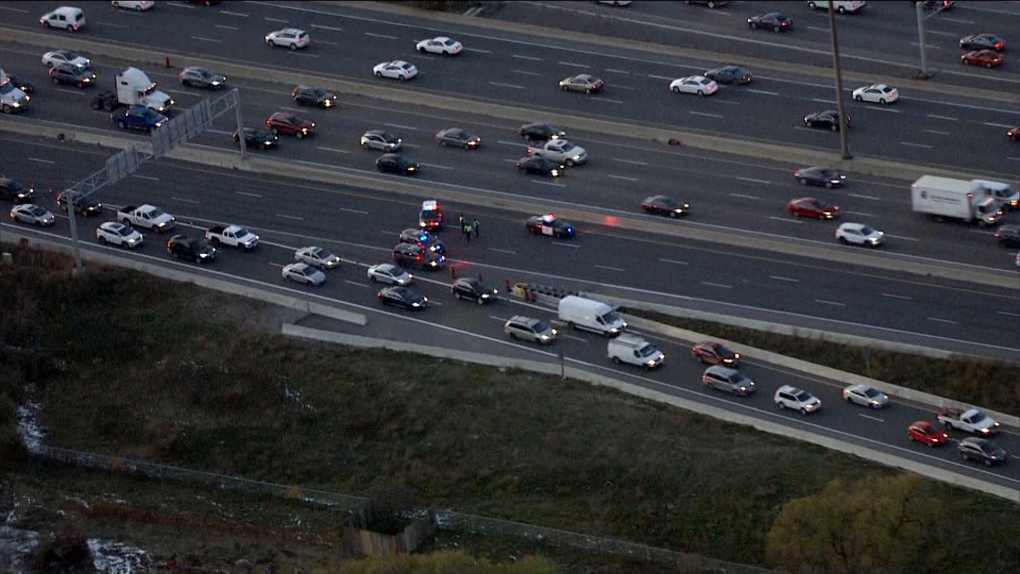 A single-vehicle crash in North York on Friday evening has sent a female driver to hospital without vital signs.

Once emergency crews arrived, they located a female driver who was unresponsive and without vital signs before being transported to hospital, police said.

In a video posted to twitter, OPP Sgt. Kerry Schmidt said it is unclear whether the female driver’s injuries were due to trauma or a medical condition.

As a result, the collector lanes on Highway 401 at Weston Road have been blocked off as police investigate.