Road and TTC closures taking place in Toronto this weekend

Road and TTC closures taking place in Toronto this weekend 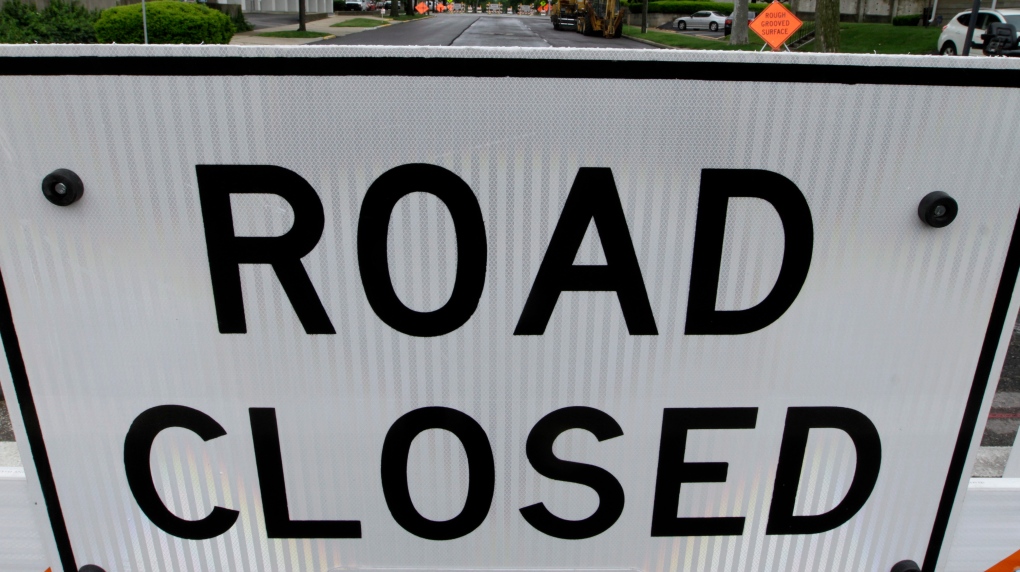 A road closure sign is pictured in this file image. (Seth Perlman/AP Photo)

Drivers hoping to get to the Canadian National Exhibition (CNE) in Toronto this weekend may have to navigate multiple road closures on their commute.

Several roads are expected to be closed in the downtown core due to events or construction. Here’s what you need to know:

Vehicles will be unable to drive on the following roads between 8:30 a.m. and 3 p.m.:

In a news release issued Friday, police warned drivers they won’t be able to enter or exit garages in those areas during that time period.

ActiveTO is also running this weekend, meaning Bayview Avenue from Rosedale Valley Road to Lawren Harris Square—as well as River Street between Bayview Avenue and Spruce Street—will be closed to vehicle traffic from 7 a.m. on Saturday to 7 p.m. on Sunday.

Bathurst Street will be closed between Laurelcrest Avenue and Wilson Avenue between 12 a.m. on Saturday to 10 p.m. on Sunday for the Taste of Manila festival.

Other road closures include:

• Yorkville Avenue, between Hazelton Avenue and Bellair Street, will be closed to vehicle traffic from noon. to 8 p.m. on August 20 and 21 for Yorkville Murals

• Armoury Street will be closed to vehicle traffic from 12:01 a.m. to 6 p.m. on Sunday, August 21 for Panorama India Day Festival & Celebrations Parade preparations.

Road closures due to construction:

• Westbound Lake Shore Boulevard East, between Parliament Street and Lower Sherbourne Street, is reduced to a single lane until 9 p.m. on Sunday, August 21.

• Lake Shore Boulevard West is also reduced to a single lane from Jarvis Street to Sherbourne Street until 7 a.m. on Sept. 8.

• The Queensway has a reduced number of lanes in both directions between Parkside Drive and Roncesvalles Avenue.

• King Street West is closed at the King-Queen-Queensway-Roncesvalles intersection, and eastbound left turns are not permitted from The Queensway to Glendale Avenue.

• The Carlton Street and Church Street intersection will be closed all weekend.

• Wellesley Street West, between Yonge and Bay Streets, will be closed to vehicle traffic from 12:01 a.m. on Saturday until 11:59 p.m. on Sunday.

There will be no subway service on Line 1 between Sheppard West and Wilson stations due to track work.

Shuttle buses will operate and all stations will be open for people to load their PRESTO cards.

The TTC is also offering increased service to the CNE starting Friday until Sept. 5. This will impact the following routes:

• 29 Dufferin/929 Dufferin Express: Service will be increased on this route and dedicated CNE express shuttle buses will run non-stop.

• 174 Ontario Place – Exhibition: Service will not operate on this route.

• 509 Harbourfront: Will have additional, frequent streetcar service between Union Station and Exhibition Loop.

• 510 Spadina: Will run between Spadina Station and Spadina Ave./Queen's Quay between 9 a.m. and 7 p.m. daily.

• 511 Bathurst: Will have additional, frequent streetcar/bus service between Bathurst Station and Exhibition Loop.

A Texas death row inmate whose case redefined the role of spiritual advisers in death chambers nationwide was executed Wednesday, despite the efforts of a district attorney to stop his lethal injection.

The Colorado baker who won a partial Supreme Court victory after refusing on religious grounds to make a gay couple's wedding cake a decade ago is challenging a separate ruling he violated the state's anti-discrimination law by refusing to make a cake celebrating a gender transition.