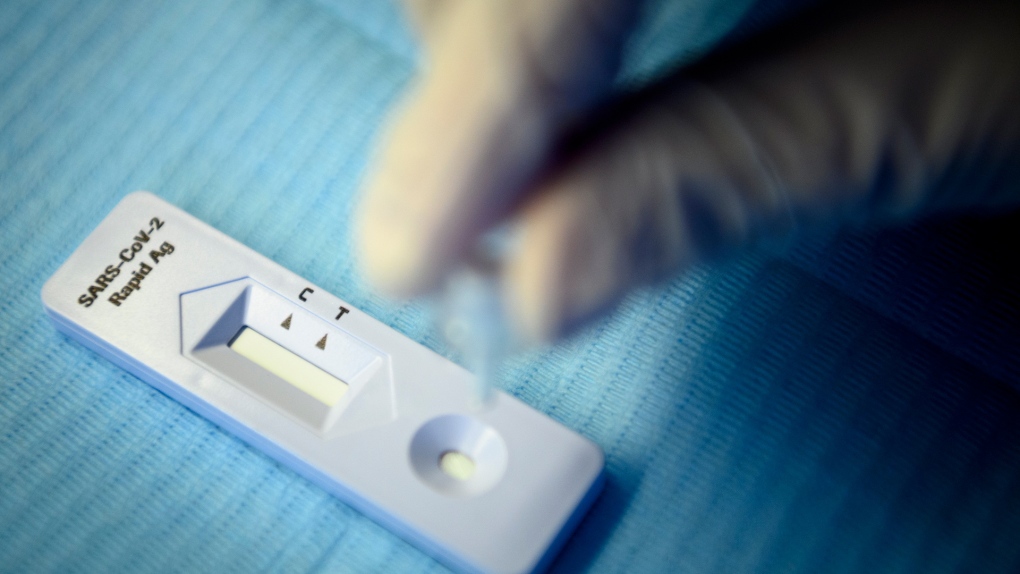 Ontario’s education ministry says they will no longer supply taxpayer-purchased rapid antigen COVID-19 tests to private schools for the purpose of asymptomatic surveillance on students, after CP24 reporting revealed several Toronto schools had developed such a program.

Spokespersons for three Toronto private schools told CP24 this week they had programs in place to administer multiple rapid antigen COVID-19 tests per week to students and staff ­– procured by the federal government and distributed through an Ontario government portal – as a means of early detection of infection to prevent outbreaks.

At University of Toronto Schools, all staff and students regardless of vaccination status, will administer take-home rapid antigen testing kits on Mondays, Wednesdays and Fridays each week and upload results before they are allowed in to school, a spokesperson told CP24.

At Upper Canada College, all kids under 12 and staff who are medically exempt from COVID-19 vaccination will undergo tests twice a week.

At Bishop Strachan School, a spokesperson said the plan is to administer rapid antigen tests to “all unvaccinated students and all boarding students,” as well as any willing other student or staff member, regardless of vaccination status. Tests will be administered twice per week.

Rapid antigen screening is considered less accurate than PCR testing, but is used frequently in movie shoots, professional sports leagues and an increasing number of Ontario workplaces as a means of early detection of COVID-19 cases.

Numerous organizations in Ontario have relied on the Creative Destruction Lab’s Rapid Screening Consortium (CDL) to distribute millions of rapid tests purchased by the federal government into workplaces and now a select few schools.

Janice Stein, who serves on CDL’s Steering Committee, told CP24 that private schools were able to access the testing kits because “their regulatory environment is simpler.”

She said they had 70 schools participating in rapid testing across Canada as of Sept. 7, with many more expected to join.

She said they were working to connect public school boards with rapid antigen testing kits “as soon as next week.”

“This program is open to everyone and we expect the number of public schools to dwarf the number of private schools,” she said. “We are also helping government institutions and ministries across provinces – and these are all public institutions.”

A spokesperson for Education Minister Stephen Lecce told CP24 that as of Friday, private schools would no longer be able to access the portal to obtain rapid antigen test kits for students.

As it stands today, public schools are back in session with no universal access to surveillance-style asymptomatic testing.

Public school students in Toronto can access saliva-based PCR testing kits for COVID-19, but only if they show symptoms or are identified as a close contact in an outbreak investigation.

Asymptomatic high school students in 13 other school boards outside of Toronto are being tested at random for COVID-19 as part of a provincial pilot project.

Kids can also use COVID-19 assessment centre for free PCR testing, but only if they show symptoms or are identified as close contacts of a known case.

There was a rapid antigen and PCR surveillance testing program funded by the Ontario government in select pharmacies last school year, but it ended on June 30.

Parents can still get rapid antigen testing for their kids at pharmacies, for a cost of $40.

When asked directly about the disparity in access, Education Minister Stephen Lecce said the chief medical officer of health said such a program was not necessary.

“The (Chief Medical Office of Health) was asked about the idea of rapid tests for all children – his advice was not to proceed on that basis, his recommendation was to focus in on vaccinated symptomatic students to reduce the amount of time they’re out of class,” Lecce told CP24 on Wednesday.

“(He) hasn’t recommended rapid tests for all children, given that there would need to be two million per day, and also given the concern of a high rate of false positives,” Lecce said.

“If he changes his advice we will follow it.”

“We'll consider rapid testing, especially in the case of Delta, if the rates go up,” he said. “So right now in Ontario, we have around 35 cases per 100,000 people. That's relatively low in Canada. We're below the Canadian average, we're certainly below the activity in the west.”

“If our rate goes up in certain areas, like in Windsor, it's at 100 (cases) per 100,000, that's where you would consider doing rapid testing to ensure confidence in children returning to the classroom as well as increased safety.”

An official in Lecce’s office said on Friday evening that private schools were initially allowed to apply for testing kits over the summer as they are considered to be businesses, and going forward they will be able to obtain rapid antigen test kits to screen unvaccinated education workers.

But they also said there is no plan in development to deploy rapid antigen tests in a surveillance role for students in Ontario’s public schools.

As of Aug. 27, Health Canada said Ontario had received 19.3 million rapid test kits, of which 18.7 million had been “deployed” to a final destination where they were awaiting use, and nearly 6.3 million were already used.

“If the false positive rate is that high then this wouldn’t be so valuable to them,” Kate Dupuis, a mom who took her daughter to her first day of Grade 1 at a Toronto school on Thursday, said about private schools using rapid testing.

She said she doesn’t begrudge the private schools for moving to access the rapid test kits.

“The government is allowing them to do this – so go for it, more power to them,” she said.

“But why is there only access for one particular group of kids?”

Her frustration was shared by Ontario’s NDP.

“Those rapid tests should be available in every single school, and the government should have been planning to put them in place, months and months ago, to have those tests in place so that we would be ready, but once again our province, our premier is being a laggard.”

“This government knew what was coming, and they are putting our schools at risk.”

Green Party Leader Mike Schreiner issued a statement saying, at the least, the government could reintroduce free rapid antigen testing at pharmacies, similar to what is offered to education workers who refuse the COVID-19 vaccine.

“Making parents fork over $40 for rapid tests at pharmacies presents an unnecessary barrier that will hamper our efforts to battle the fourth wave,” he said Wednesday.

“Public health experts are clear: regular testing is a key component to avoiding outbreaks and school closures. Relying on symptoms to show before taking action is a recipe for disaster.”

Dupuis said that parents in her school community are very concerned about the increased transmissibility of the Delta variant, and while she appreciates the new commitments to air ventilation and filtration, the approach for the 2021 school year seems still rooted in 2020.

“Many of the recommendations seem to be existing in a last-year mindset where we didn’t know so much, we didn’t have the Delta variant,” she said.

“The fomite stuff, the cleaning of high contact surfaces, most of this is likely very meaningless.”

She said she purchased CN95 respirator masks for her daughter to use each day, along with a carbon dioxide monitor to indicate whether there is proper air change and air flow in her daughter’s classroom.

“Everything we asked for last year is still not being done this year,” she said.

There is frustration in her household at the lack of regular asymptomatic testing, especially among those under 12 for which there will not be an approved COVID-19 vaccine for months at least.

“We’re kind of expecting them to be home again soon.”