Pilot in hospital after plane crash in Grimsby 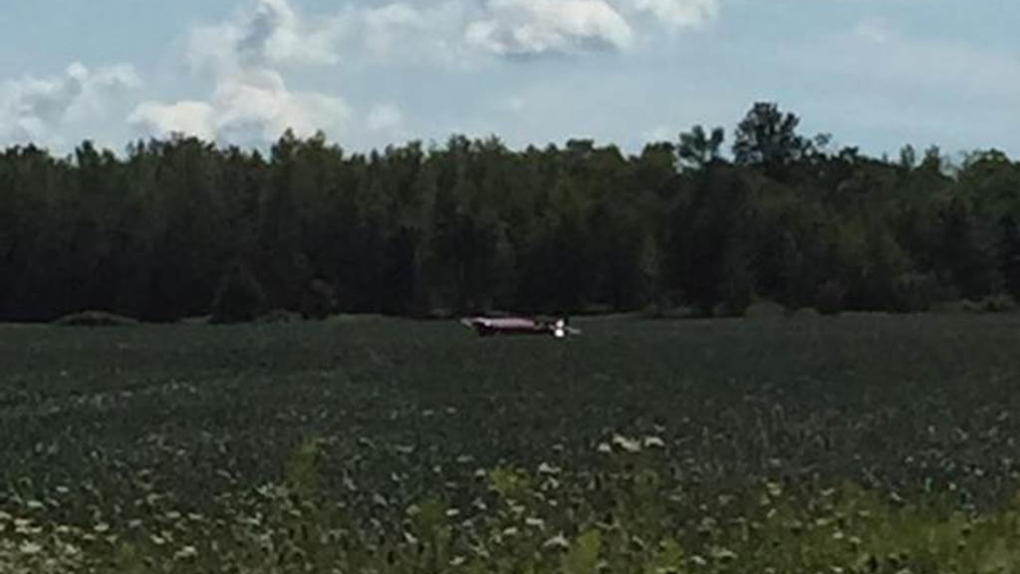 The pilot of the plane was located by the owner the property on Kemp Road in Grimsby, Ont. (Sgt. Chris Stewart/Twitter)

A pilot has been taken to hospital after his single-seat plane crashed into a field in Grimsby, Ont.

The incident occurred shortly before 11:30 a.m. in a field off of Kemp Road.

The pilot was taken to hospital after the owner of the property located him and alerted emergency crews.

Sgt. Chris Stewart, of the Niagara Police, tweeted a photo of the downed aircraft.

The plane remains at the scene while officials from Transport Canada investigate the cause of the crash.

Shortly before 11:30am, a plane left nearby airport (similar to picture) & crashed into a field Kemp Rd in Grimsby. pic.twitter.com/AR5FMljmLh