TORONTO -- The Ontario government is taking over the management of five additional long-term care homes following a scathing military report detailing what the premier called “gut-wrenching” conditions in the facilities.

Four of the five privately-owned homes-- Orchard Villa in Pickering, Altamont Care Community in Scarborough, Eatonville Care Centre in Etobicoke, Hawthorne Place in North York--were the subject of the Canadian Armed Forces (CAF) report that was released on Tuesday and made severe claims in terms of cleanliness, aggressive behavior of staff and general care of patients.

Some of the most starting allegations included bug infestations, incidents of force feeding leading to "audible choking," and patients who were heard “crying for help with staff not responding.”

The fifth is Camilla Care Centre in Mississauga, where at least 61 residents have died after contracting COVID-19, according to provincial data.

Ontario Premier Doug Ford made the announcement alongside Minister of Long-Term Care Merrilee Fullerton and the Minister of Health Christine Elliott at Queen’s Park on Wednesday.

"We need boots on the ground. I want eyes and ears in the homes that we're most worried about keeping close watch."

Earlier this week, the province ordered two hospitals to oversee the management of two long-term care homes struggling to deal with outbreaks. As of May 25, Southlake Regional Health Centre was appointed to temporarily manage River Glen Haven Nursing Home, operated by ATK Group Limited, in Sutton, Ont. for 90 days.

Wednesday’s announcement marks the second time in which the province has availed itself of an emergency order allowing the government to manage these facilities.

‘Rigorous inspections’ will be conducted over next 21 days

Six teams of two inspectors will be sent to each of the homes highlighted in the military report as well as Camilla Care Centre in order to conduct an “expanded and rigorous inspection” of the facilities over a period of two weeks. Ford said that at least one of the inspectors will stay at the home for the entire duration of the assessment.

“They will conduct in-depth interviews with staff and residents, review charts and records, and report back with their findings,” Ford said.

Thirteen other facilities in Ontario that are facing challenges in managing outbreaks will also be subject to “rigorous inspections.” Ford added that he has asked the ministry to conduct random “spot checks” at these homes as well as others across the province.

"The reality is these problems are isolated,” Ford said. “What we saw yesterday is the worst of the worst."

Fullerton told reporters that about 3,000 inspections have been conducted in Ontario long-term care homes since June 2018 and dozens were specifically done at the five homes now under provincial management. 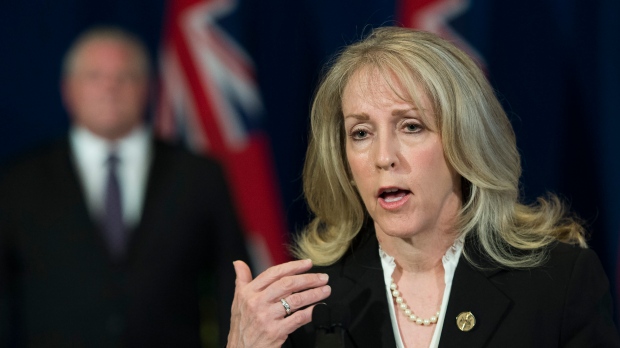 At the same time, the minister said the last inspections conducted at the homes were done by the Ministry of Labour over the phone.

“Some of those obstacles were due to understanding how COVID-19 spreads and the risks even to the inspectors so let's be clear about that piece,” she said.

Fullerton faced intense questioning inside the legislature ahead of the announcement, for the most part by Ontario New Democratic Party Leader Andrea Horwath who called for her immediate resignation following the release of the CAF report.

“Families who read devastating reports yesterday of ongoing abuse and institutional neglect deserve so much more from their government. Instead of acknowledging the role that the cuts and the neglect played in creating this crisis, the Premier and his minister offered excuses,” Horwath said.

“Seniors are suffering abuse and literally dying—dying—in long-term-care homes, where they are supposed to be protected. If that’s not grounds for dismissal or for an immediate resignation by this minister, my question is, exactly what is grounds?

The premier said that he stands behind Fullerton “100 per cent” and touted her experience at Queen’s Park.

“There is no one who stays awake at night time, who is worried more about the patients, that is pushing the table every single day and I count my blessings that I have Dr. Fullerrton as a minister and Minister Christine Elliott as health."

Ford would appear as witness in independent commission investigation if asked

In mid-May the province said it would be launching an independent commission to examine Ontario’s long-term care homes and the circumstances surrounding the COVID-19 outbreaks and deaths. On Wednesday, Ford renewed this call for an “open, transparent and independent commission” and even said he would appear as a witness if necessary.

“Absolutely I'd appear,” he said when asked by a reporter. “They have the full authority to investigate our government, my office, the ministry's office. We want this to happen, we have been working 24-7, around the clock. I have two incredible ministers that are doing everything they can to fix a problem that we inherited—decades of neglect. We're going to fix the problem that's our job." 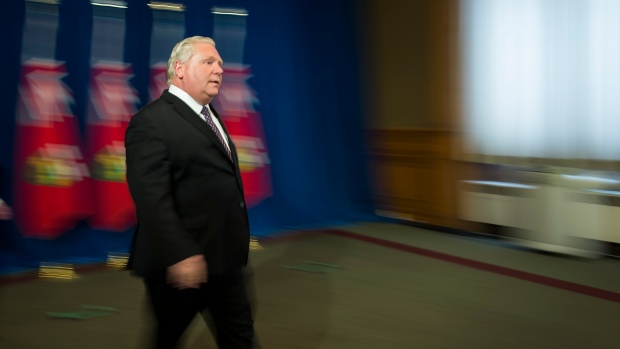 Advocates and members of the opposition have called for a public inquiry instead of an independent commission, which would be governed under the Public Inquiries Act. Ford has previously argued that a public inquiry would take too much time to deliver recommendations.

The commission was scheduled to begin in September, but the Progressive Conservative government said on Wednesday that it will now start in July.