Ontario's winter forecast is out. Here's what to expect for the season

Ontario's winter forecast is out. Here's what to expect for the season 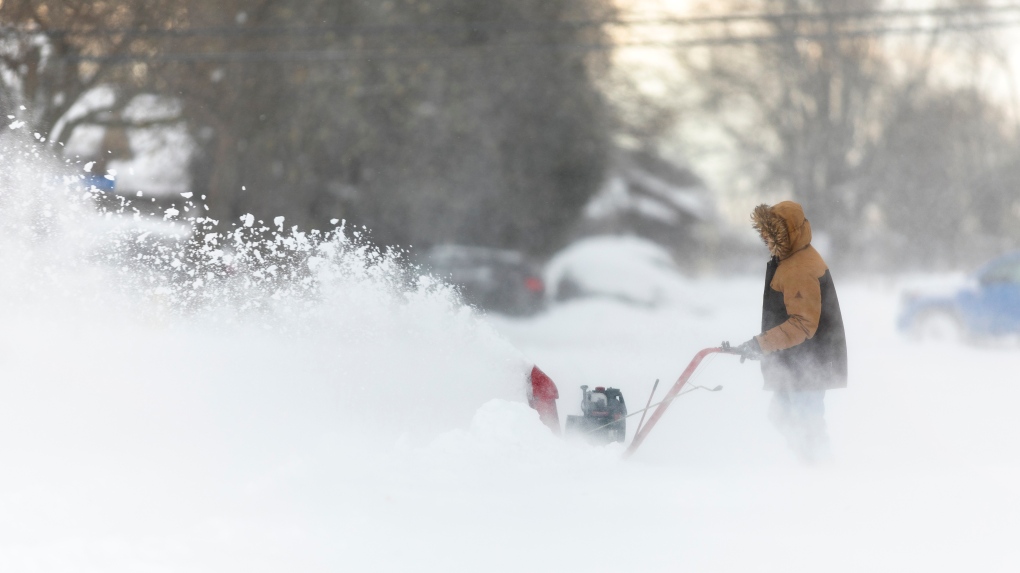 A man uses a snowblower in Fort Erie, Ont., during an early winter storm that delivered high winds and large amounts of snow across southern Ontario and western New York, Saturday, Nov. 19, 2022. THE CANADIAN PRESS/Nick Iwanyshyn

While Ontario is currently experiencing a brief reprieve from the cold temperatures of last week, winter-like conditions are soon forecast to return.

According to The Weather Network, La Niña – a weather pattern characterized by cold ocean temperatures in the equatorial Pacific Ocean – is returning to Canada for a rare third winter, likely meaning colder-than-normal temperatures and snowier weather throughout December.

The agency says Ontario is on track to be cold and snowy for most of December and feature some messy storms, but the province, alongside Quebec, is also expected to see two-to-three-week periods with potential for thaw.

One of those milder breaks could take place over the holidays.

According to The Farmer’s Almanac, Christmas in Ontario is set to be a tad milder than usual, with a few showers of wet snow or rain forecast for Dec. 25.

Looking ahead, TWN says the first few months of 2023 will be pivotal in deciding whether this winter will be exceptionally cold and snowy. However, Ontario, alongside Newfoundland and Labrador, may see another break from the cold during this time.

Forecasters will have a better sense of what to expect during those months near the end of December, the agency says.