Ontario retiree buys 'cheapest home in the GTA'. This is what she got

A retiree in Ontario has just purchased what is being called the “cheapest home in the GTA”—a caboose located on a commercially zoned parking lot near Milton.

Laurel Wynne said she sold her previous property—a 1921 school house—in February 2021. She told CTV News Toronto she had the property for about a year before realizing the commute to see her family in Oakville was just too long and the cost of renovations were adding up.

The 64-year-old said she didn’t believe she was eligible for a mortgage and didn’t want to pay upwards of $2,500 a month to rent, so she started to scan real estate websites and came across a listing on Zoocasa for a red train caboose in Campbellville, just outside of Milton, Ont.

“I thought well, that could be workable.”

Inspired by anti-poverty advocates who were building tiny home communities outside of Hamilton, Wynne decided to make the leap and buy the home.

“I just really like the cool factor of a structure that old that’s pretty quirky. So I thought I could make that work over the summer,” she said. “Then I don't have a mortgage and I have a place to stay.”

“While by no means am I homeless, I also am not in a position to afford the types of homes that I used to have. And I don't even think if I'm honest, I don't know that I want that.”

The home sold for $45,000. Wynne also has to pay the owner of the lot $500 a month; however she said in the future she may look at purchasing some land where she can put the caboose.

The structure was previously used as an office by a limousine business—the interior had three large benches as seats, as well as mirrors and a sound system. 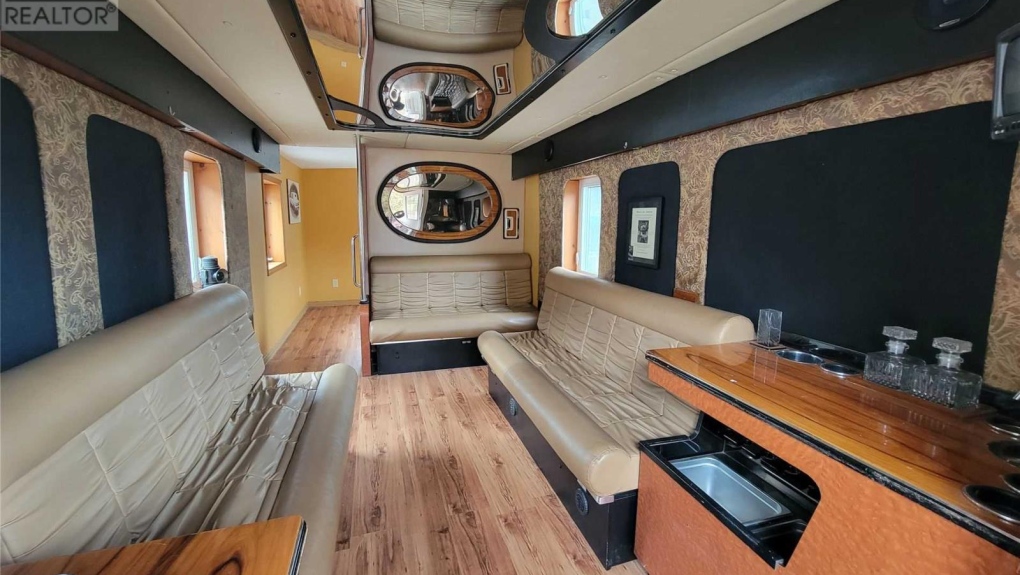 Wynne added that it may also have been used as an ice cream shop once upon a time.

The structure is wired for electricity but isn’t attached to any plumbing—so she will have to buy water. Wynne is currently renovating the caboose so there is a living area, a bedroom and a bathroom. She says that even with the renovations, she anticipates paying less than most other properties on the market.

The caboose has been listed since at least November 2021. At the time, Realtor agent Jennifer Krane told CTV News Toronto that she didn’t recommend the property for residential use in its current state, but that it could be outfitted for running water by installing sewage lines and holding tanks.

“My seller is hoping that someone will move it and enjoy it in their own space, whether it's on their own piece of property as a tiny home or in their backyard for the kids to hang out in," she said.

Wynne says her family was surprised at her new choice of a home, but they have been supportive of the endeavor.

“I think my friends I mean the ones that know me know, my situation is not going to lend itself to conventional housing.”