TORONTO -- Ontario is reporting more than 3,400 new COVID-19 cases as test positivity rate for the disease dips below 10 per cent.

Health officials recorded 3,480 new COVID-19 cases on Wednesday, which is up slightly from the 3,265 logged on Tuesday.

The Ministry of Health said in a statement Wednesday that case counts for some health units in the Central West Region, including Hamilton and Niagara, may be higher today due to a "data catch-up process."

With 50,194 tests completed in the previous day, the province said the test positivity rate stands at 7.2 per cent. It's the first time in two days that number has dipped below 10 per cent.

As of Wednesday, there were 2,281 people hospitalized with COVID-19. Of those patients, 877 are being treated in intensive care units and 571 are breathing with the assistance of a ventilator.

The province also deemed 4,517 more cases of the disease to be resolved as of Wednesday, bringing Ontario's number of recovered patients up to 408,765.

Wednesday's report brings the total number of lab-confirmed cases in Ontario to 455,606 including deaths and recoveries. 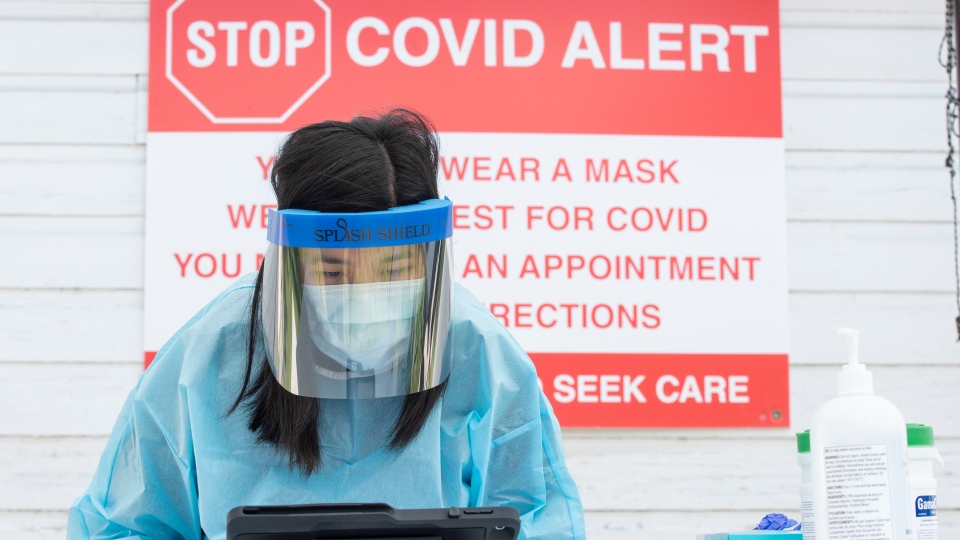 Most of the new cases reported on Wednesday are concentrated in hot spot regions in the Greater Toronto Area. Officials reported 961 new cases in Toronto, 589 in Peel Region, 341 in Niagara, and 290 in York Region.

There were 133 new infections reported in London and 255 cases in Hamilton.Halton reported 116 new COVID-19 cases.

The report does not include any reference to the B.1.617 variant, originally found in India, despite Ontario confirming at least 36 cases of it in the province. It's not clear if more variant cases have been identified since then.

The province reports that 365,166 people in Ontario have received both doses of the COVID-19 vaccine and are now considered immunized against the disease.

In the last 24-hour period, officials said that 116,173 doses of the vaccine were administered to residents in the province.

The province has repeatedly said it has the capacity to administer 150,000 doses per day.

Since COVID-19 vacccines starting rolling out in Ontario, 4,907,203 people have recieved at least one dose.