TORONTO -- For residential school survivor James Bird, the first National Day for Truth and Reconciliation represented an incredible moment to work toward healing, but he wanted Canadians to remember why it was being marked.

"Let us never forget, ever, that this day happened because children's bodies were found," Bird said at a ceremony Thursday at the University of Toronto's Massey College.

Chief R. Stacey Laforme, of the Mississaugas of the Credit First Nation, told the Massey College ceremony that he wrote a poem the day the Tk'emlups te Secwepemc Nation in Kamloops, B.C., announced that ground-penetrating radar had detected what are believed to be 215 such graves.

Premier Doug Ford, who attended the ceremony along with Lt.-Gov. Elizabeth Dowdeswell, said the recent discoveries of remains at the sites of former residential schools underscores the need for Ontarians to learn about the lasting harms of the system.

Bird said his hope as a survivor is that the National Day for Truth and Reconciliation is not just a one-day event.

"My hope is that this day represents the start where all Canadians begin to individually review our consciousness when it comes to the horrific history and help guide Canada collectively into a better tomorrow, and when Sept. 30 appears again on our national calendar we commit to a year-long journey of national healing," he said.

"This is only the beginning. We are all left with much more to be done."

The federal government announced the new statutory holiday in June to commemorate the history and ongoing impacts of the church-run residential schools where Indigenous children were torn from their families and abused.

Ontario has not made it a provincial statutory holiday. 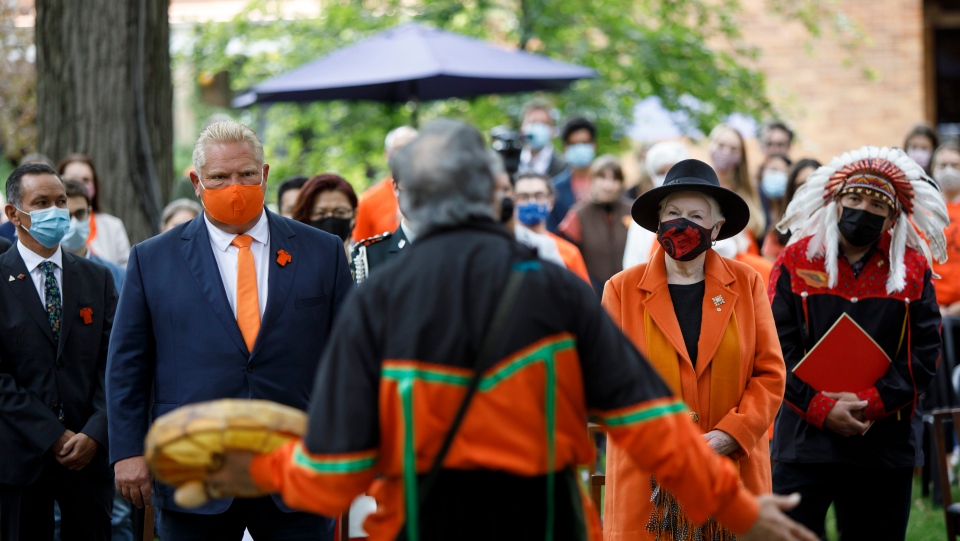 Indigenous Affairs Minister Greg Rickford said this week that the province will be guided in its decisions on how to mark the day by Indigenous leadership, and that right now there wasn't a consensus.

The last residential school in Canada closed in 1996.

This report by The Canadian Press was first published Sept. 30, 2021.

From the '60s Scoop to now: Canada still separating Indigenous children from families

'It's going to take more': One of the youngest First Nations chiefs has a message for Canadians

CTV Winnipeg: Stories of Truth and Reconciliation from across Canada