Throughout the COVID-19 pandemic, many airline trips, resort vacations and cruises were cancelled and getting refunds from travel companies wasn't always easy.

It can be even harder to get your money back if you booked a trip using travel rewards points with a credit card.

Carr said he booked a trip to Puerto Rico to take a Caribbean cruise with his partner for May of 2020, but it was cancelled because of COVID.

Carr had saved 493,484 points using his Scotiabank American Express credit card. By using the points and paying an additional $145, he was able to pay for the cruise package which had a total cost of $5,080. 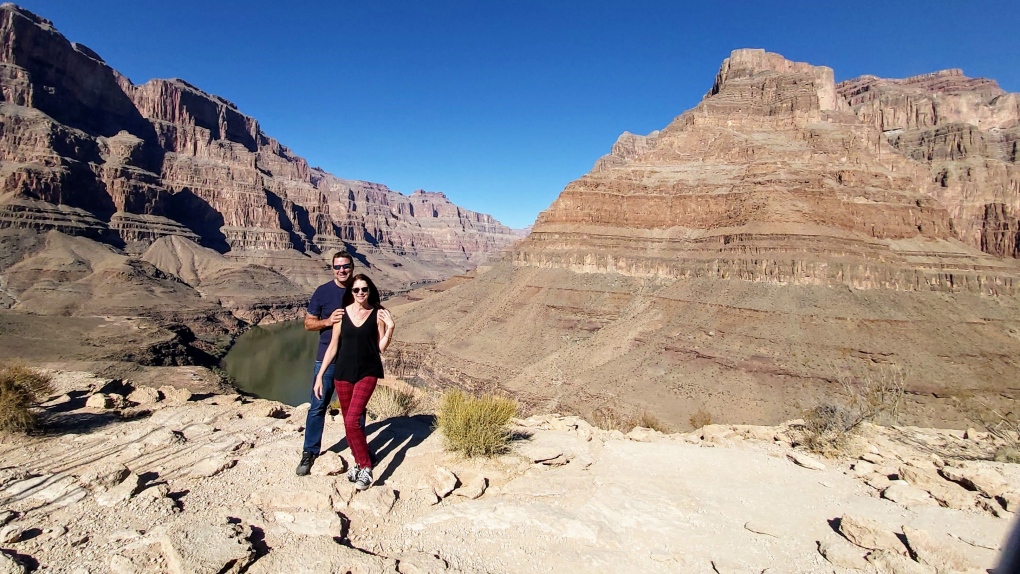 James Carr and his partner are seen in this image. (Supplied)

“We decided not to go on the cruise and it got cancelled and the points went back onto my credit card," Carr said.

With the points back on his credit card and nowhere to go during the pandemic, Carr said he never gave them another thought.

However, when he checked his card at a later date, he said the points were gone.

"There was a $50 annual charge on the credit card which I didn't pay because I didn't know about it and they cancelled the card,” said Carr.

Carr said when he called Scotiabank to complain he was told to open up a new credit card and the points would be transferred to the new card, but he said despite many phone calls, hours on hold and being directed to different departments, the points were never returned.

"It's been going on for two years now and I’ve been back and forth with them," said Carr.

CTV News Toronto reached out to Scotiabank and Andrew Garas, the director of Canadian banking communications with Scotiabank, said in a statement, “Scotiabank cannot comment on specific customer matters for privacy reasons but in this instance, we worked directly with the customer and have resolved the complaint to their satisfaction.”

Carr said after CTV News Toronto called the bank he got his points back within days, which was good news for him as he will have $5,000 in rewards points now to use towards a future trip.

"I feel great, very happy to have this sorted out,” said Carr.

If you have a travel rewards card, you may have to make a transaction at least once a year or pay an annual fee. If you don't, you could lose your points but with some other cards your points will never expire as long as your account is in good standing.

Parents of young children will need a prescription for some over-the-counter fever and pain medication due to a shortage in pharmacies, Toronto's Hospital for Sick Children is warning.