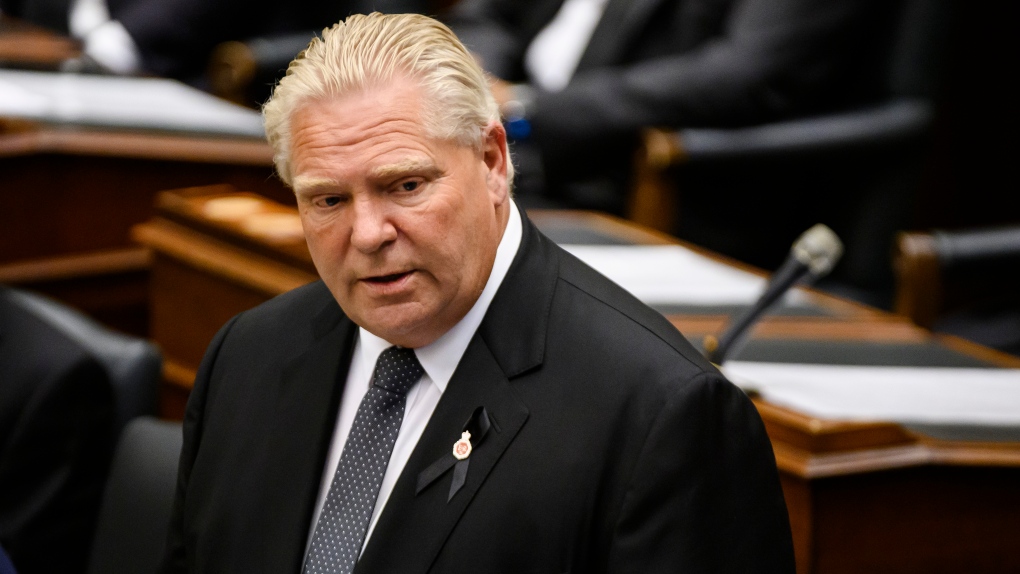 The Ontario government is refusing to publicly divulge its progress in enrolling children in core autism therapies, after the last update showed it was far off its own target.

Merrilee Fullerton, the minister of children, community and social services, has said the government would get 8,000 kids into core clinical services by the end of the fall, but as of last month that number was only about 888.

Government officials said at that time that movement was initially slow due to getting a new intake process up and running, and they said those numbers would start to grow exponentially.

But Fullerton's office refused to provide an update to those numbers in response to a request this month from The Canadian Press.

“Given that thousands of invitations are out the door to families, and at different stages, providing these numbers no longer reflects the rollout of the Ontario Autism Program like it once did,” spokesperson Patrick Bissett said in a statement.

Bissett did not respond to follow-up inquiries asking for more of an explanation and if that meant those numbers would ever be provided again.

Alina Cameron's seven-year-old daughter has been on the wait list for government-funded therapy since Oct. 30, 2017 and said for her, seeing the enrolment progress isn't just a matter of transparency, but a matter of financial planning.

Her family has managed to cobble together some treatment, paying out of pocket for part-time therapy, but nowhere near the annual $93,000 she has been clinically prescribed.

Cameron is paying nearly $900 a week for part-time services and doesn't know how much longer she has to plan to cover that, or if she needs to further scale back her daughter's treatment, or perhaps make a new plan with the bank, she said.

“(With enrolment updates) we would know generally what's happening with the program, we would be able to estimate our time on the wait list and prepare financially to fill that gap between now and when our children get the invitation,” Cameron said.

“But beyond that, it gives us hope that it's coming.”

As of last month, the government had sent about 6,300 letters to families inviting them to register with the new intake portal. Another 5,000 letters were set to go out at the end of August, but so far, the response has been lower than officials had expected.

Fewer than 1,700 families had responded to the letter and registered with the new system as of mid-August, officials said. The next step in the new process is for invitations to be issued to families to participate in an interview to determine their child's level of need, and almost 300 of those had gone out.

Of those 300 children, 30 had been enrolled in core clinical services since late July, officials said last month.

They were going in order of registration, meaning they started with children who first sought therapy as far back as 2015. Officials have said it's possible some don't even need service anymore.

This is the Progressive Conservative government's second attempt at a new autism program. They scrapped their initial 2019 plan to give every family on the wait list either $20,000 or $5,000 depending on the age of their child after swift and sustained protests. Outraged families said funding shouldn't be decided by age and that the amounts were far too low for children needing moderate to intensive therapy.

The government went back to the drawing board, but in the meantime more than 3,000 children who were receiving government-funded therapy through the former Liberal government's old autism program were grandfathered in so the kids didn't see a disruption in service.

But Angela Brandt, president of the Ontario Autism Coalition, said that means the families now being enrolled in core services under the current government's program are likely those children already receiving therapy, since they would have been registered in the program the longest.

“They promised us 8,000 children off the wait list by the fall of 2022 and what they're doing now still won't meet that promise,” she said.

“Basically what they're doing is they are just transitioning kids based on the program name...So it's just administrative changes. But that's not helping the kids that have been waiting up to eight years.”

More than 56,000 children are now registered in the Ontario Autism Program. The vast majority have not received core services funding, but most have received some one-time payments, and thousands have accessed other parts of the program including early years services, foundational family services and an entry-to-school program.

This report by The Canadian Press was first published Sept. 25, 2022.