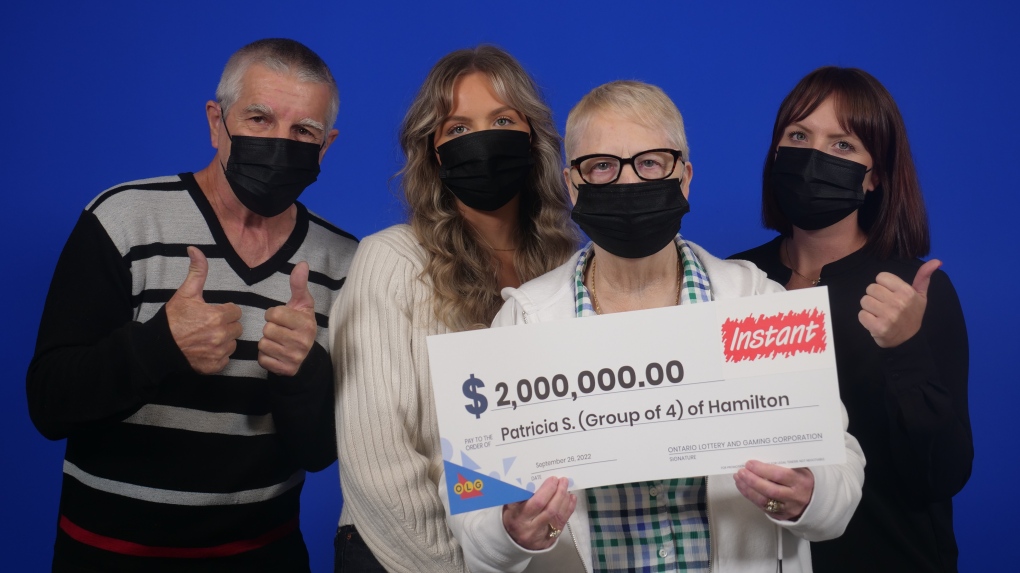 A group of four relatives who have played the Ontario lottery together for eight years have finally won big.

The Ontario Lottery and Gaming Corporation (OLG) announced Thursday the group won the top prize in the INSTANT $2 MILLION EXTREME.

Three of the family members are from Hamilton, Ont. while the remaining group member is from Gander, Newfoundland.

The winning ticket was purchased at Mix & Food Mart on Cannon Street in Hamilton.

"When I scratched the ticket and saw the $2 million, I couldn't believe it," Patricia Swayze said in a statement at the OLG Prize Centre in Toronto. "I ran up to Natasha to show her and she suggested we check on the OLG App to be sure. I was in disbelief!"

Natasha Chenier said that she plans to pay off her mortgage and travel, while the Ross Albanese and Swayze both said they are going to use the money to visit family.

The remaining member, Shawnna Chenier, says she hopes to purchase a house.

Another Hamilton resident won big in the INSTANT Diamond 7s. According the OLG, Marion Richardson, who is 75 years old, won $77,777.

"It was a regular Friday morning, and I was enjoying my coffee when I decided to check my tickets,” she said.

“When I realized I won, I began to shake – the feeling was unreal!" 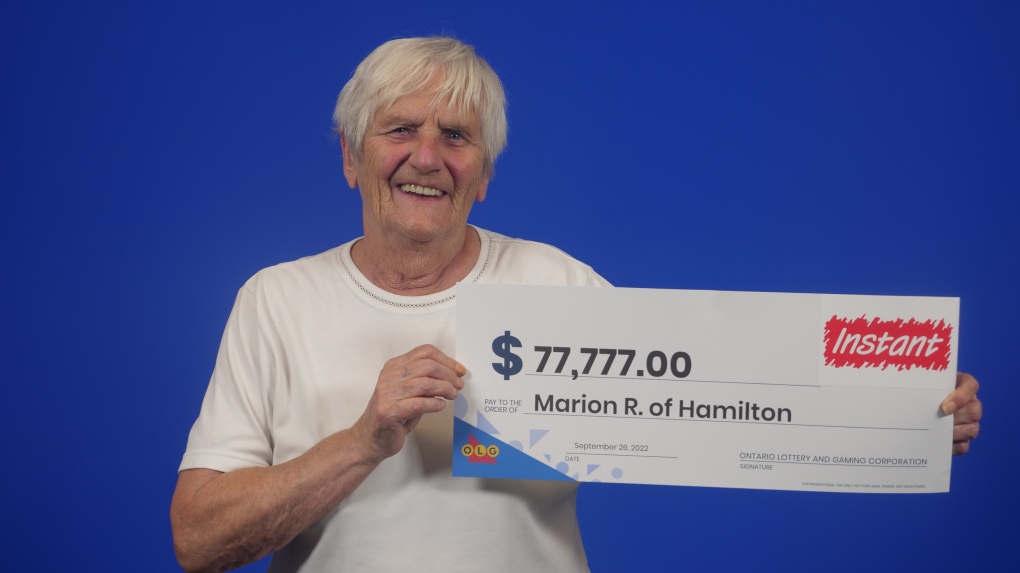 Marion Richardson, 75, i seen in this undated photograph. (OLG)

Richardson has humble plans for her prize, saying she hopes to buy some furniture and then donate or share the rest of her winnings with others.

“I feel very blessed,” she said.