A Toronto-area family is in disbelief after their 12-month-old puppy escaped from their home and was found by animal services—who now won't give the dog back because it may be a pit bull.

Tommy Chang told CTV News Toronto on Monday that their family got the puppy, who they named Dwaeji, during the pandemic while they were homeschooling their kids. His children say the dog is their best friend and is considered the youngest member of the family.

“It’s been horrible,” Chang said. “My wife has been literally crying day and night. My sons are completely devastated.”

Nearly two weeks ago, Dwaeji got out of the house through an open door and was picked up by Vaughan Animal Services (VAS).

While Chang was initially relieved to hear that Dwaeji was safe, he quickly became upset when the VAS refused to return the pup, insisting it has to conduct a DNA test first to determine if the animal is a pit bull. 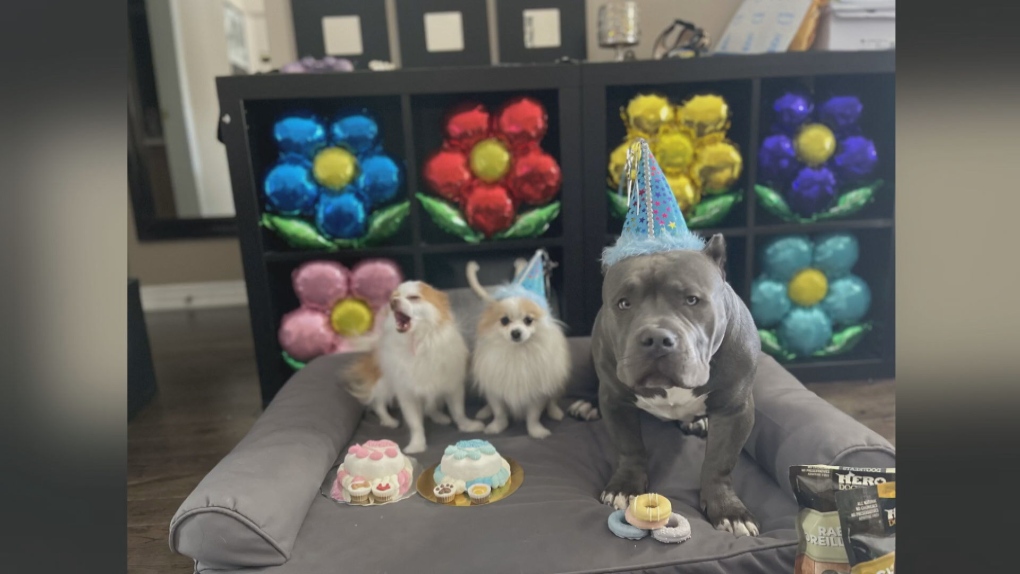 Dwaeji is seen with two other dogs in this undated photograph provided to CTV News.

Chang said that he has provided documentation from two veterinarians, as well as the American Bully Kennel Club, stating the dog is not a pit bull.

“The dog has two ears, he has a round head, he has a tail and he has four legs and that’s pretty much where the similarity ends,” the family’s lawyer Leo Kinahan said. “It’s outrageous.”

Chang insists that their dog is an American Bully and is not aggressive.

“They're bred specifically for companion dogs,” Chang told Newstalk 1010 the following day. “I don’t think there are bad dogs out there, just bad owners.”

Vaughan Animal Services told CTV News Toronto they could not comment on Chang’s case as the matter “is under investigation.”

“VAS and the entire city of Vaughan must follow the provincial law that bans the ownership of pit bulls,” they said in a statement. 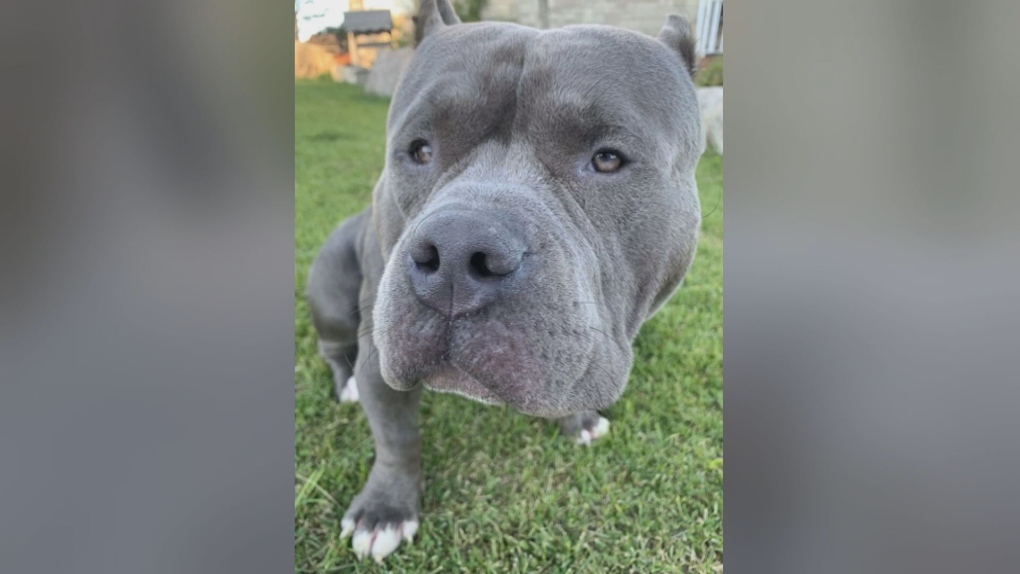 Dwaeji is seen in this undated photograph provided to CTV News

Ontario’s Dog Owners Liability Act was amended in 2005 to ban the new ownership of pit bulls. The legislation also mandated that any animals already in the province be spayed or neutered.

A private members bill that would repeal the ban was introduced in November 2019 and has been in committee since.

If the VAS determines that the dog has pit bull DNA, they will rehome Dwaeji out of the province.

Kinahan says that most dogs have “a bit of another dog in them” and the result of the investigation may depend on how much percentage of pit bull is found, if any.

While the investigation is taking place, the Chang family is not allowed to visit Dwaeji. They are also being charged boarding fees for every day their puppy remains in the custody of Vaughan Animal Services.

Chang said their family is willing to use their life savings in order to get their dog back.