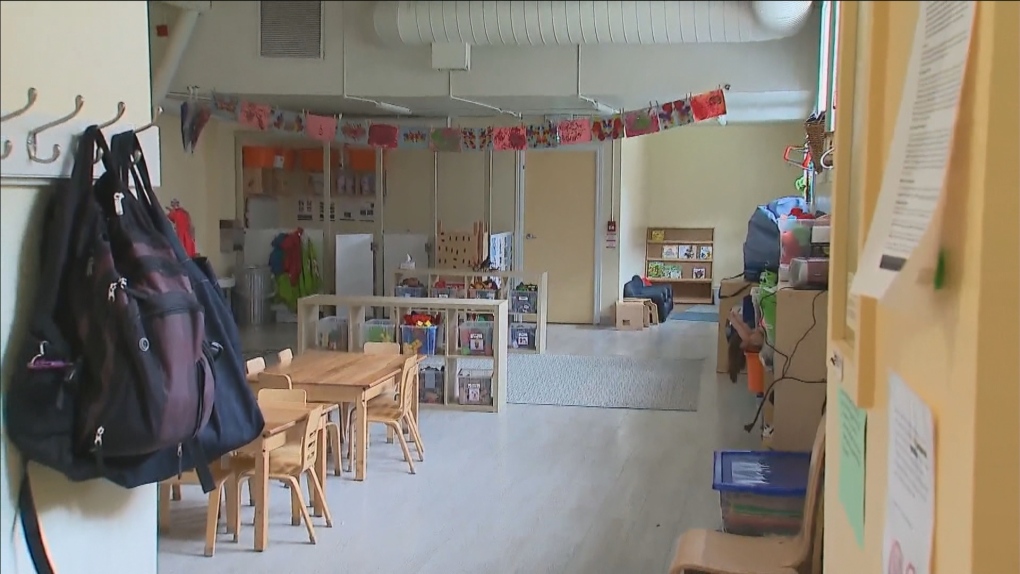 A daycare room is shown in an undated file photo.

Ontario is considering new ways to fund the national $10-a-day child-care program in the province as it seeks to address operator concerns in an ongoing bid to increase uptake, particularly from the for-profit sector, The Canadian Press has learned.

The first step, following an extension this week of the opt-in deadline, is changing guidelines for 2022 in part to ease operator worries about bureaucratic incursions in their businesses -- including removing a reference to profit caps.

For 2023, the government is looking at changing how the program is funded, by giving operators more discretion over their expenses, said senior government sources who were not authorized to speak publicly.

Sharon Siriboe, the director of the Ontario Association of Independent Childcare Centres and who runs a child-care centre in Peel Region, said the changes for 2022 will give for-profit centres more confidence about signing up and called what's being considered for next year "promising."

"(If) 2023 comes out and it does align with what we've been told. I don't see why providers would not support this program," she said.

One proposal the ministry is considering is to issue centres funding in bundles, the sources said. A pool of money set aside for operations funding could be used for expenses such as buying new toys, repainting walls, catering costs or cleaning and centres would have the discretion to spend money on operations as they see fit.

An accommodation funding bundle could be used for expenses such as property taxes, rent and mortgage payments, the sources said.

The proposal seeks to address operator concerns about language in the initial program guidelines, particularly sections on ineligible expenses.

Some operators had worried that with items such as property tax on the list, they wouldn't be able to make those payments if they opted in to the program and their revenue from parent fees was cut. As well, some were interpreting the document to mean they wouldn't have control over decisions like buying new toys for their centres, and would have to get a municipal bureaucrat to approve even minor expenditures.

A section on "undue profits" in the initial guidelines required municipalities to set a profit cap for the commercial centres and would see them return any money earned above that level to the Ministry of Education.

For 2022, the first partial year of the program, large sections of the guidelines were removed this week, including the list of eligible expenses and references to undue profits.

Those sections, in particular the profit cap, had become a "flashpoint," the sources said, and were taken out in order to clarify that centres who opt in for 2022 will get a strict dollar-for-dollar replacement.

That means no matter what fees a centre charged parents or what expenses it incurred to deliver services, if it opts in for 2022 it will get the amount of money needed to give parents rebates.

The government had promised parents rebates of up to 25 per cent retroactive to April 1 starting in the spring and a further fee reduction of 50 per cent, on average, by the end of the year. Fees are set to drop to an average of $10 a day by September 2025.

The roll-out has been slower than anticipated -- the government initially said rebates would start being issued in May, but parents in a few municipalities only recently started seeing them -- and uptake has lagged.

In Toronto, for example, 587 out of a total of 1,042 licensed child-care centres have applied to opt in -- and 32 have opted out -- though the percentage of for-profit operators that have applied is much lower than the non-profits.

The Ministry of Education this week extended the deadline for licensed child-care providers to opt in to the program, from Sept. 1 to Nov. 1, in an attempt to get more to sign up. It is also streamlining the process and telling municipalities that they have to share an example of a standard agreement with all licensed operators in their region.

Carolyn Ferns is the policy coordinator for the Ontario Coalition for Better Child Care, which advocates for public and non-profit child care. She said the initial funding guidelines were quite reasonable, and worries that the government is removing checks and balances on public money and capitulating to for-profit operators, which represent a quarter of licensed spaces in Ontario.

"Because at the end of the day, that's what we need."

One such concern is that Ontario is currently planning on providing for inflationary increases of just 2.6 per cent, while inflation in the province is running at 7.6 per cent, Hannen said. The senior government sources said the ministry is looking at the impact of inflation.

When it comes to the overall funding structure, Hannen's organization along with the Canadian Council of Montessori Administrators and the Ontario Federation of Independent Schools wrote to Lecce to ask for parent rebates to not be dependent on their daycare opting in.

"We felt like it was unfortunate that the rebate was tied to a centre's participation in the program, because that's not really a factor that's within a parent's control," Hannen said.

This report by The Canadian Press was first published Aug. 19, 2022.