There are now 5,276 confirmed cases of the novel coronavirus in the province, including 174 deceased patients.

Wednesday's case count was the biggest single-day jump in the province so far.

While announcing the new patients, health officials confirmed the province’s first COVID-19 death under the age of 40.

There are currently 605 people in hospital with COVID-19 in Ontario. That number is down slightly from the 614 hospitalized patients reported by the province on Tuesday.

Of the 605 patients in hospital, 246 of them are being treated in an intensive care unit and 195 of those 246 patients are on ventilators to assist with breathing.

Health officials also stated that 580 of all Ontario patients are health care workers.

More than 1,000 people being tested in Ontario

Currently, there are 1,102 people under investigation for COVID-19 in all of Ontario. That number is up from 691 on Tuesday and 329 on Monday, but is still down significantly from last week when thousands of people were awaiting test results across the province.

Provincial health officials have previously stated that the goal is to be able to test 19,000 people per day by mid-April.

Ontario’s Chief Medical Officer of Health Dr. David Williams said they are now able to do about 14,000 tests a day, but are still looking into criteria for how to best to utilize the new testing capacity.

Williams said the surge in positive COVID-19 cases was the partial result of delayed data entry over the weekend.

“We know there is a delay from the community labs getting their data in,” he told reporters on Wednesday afternoon. “Some of those 550 are delayed from the weekend as health units are dealing with a big load.”

Williams added that he is “optimistic” the numbers will soon provide a “real representation” of the daily number of cases in the province. 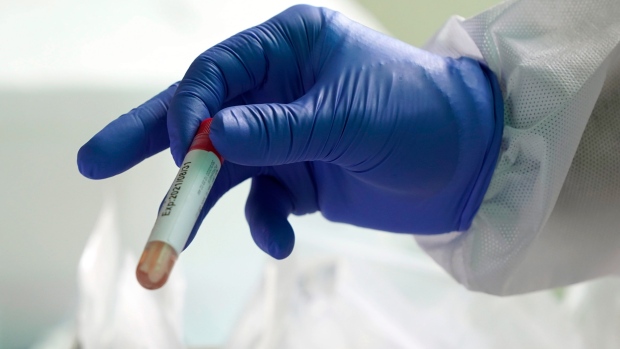 Speaking at his daily news conference on Wednesday afternoon at Queen’s Park, Ontario Premier Doug Ford said his patience with the province’s slow pace of testing is running thin.

Ford said he wants to ramp up testing beginning on Thursday.

According to the government, the province’s capacity for testing is 13,000 per day now, but only about 3,500 are actually being submitted through assessment centres.

Ford said there were previous issues in processing tests efficiently, including not enough assessment centres, not enough lab capacity and a shortage of supplies, but these issues have since been resolved.

The premier added that he wants to see every long-term care resident, every front-line health-care worker and every first responder tested for the virus. 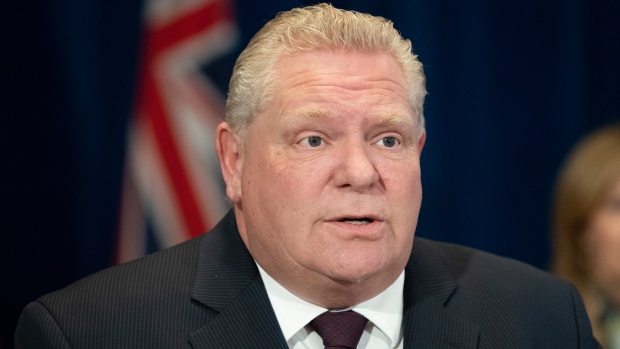 To date, 84,601 people have been tested for the virus across Ontario, according to health officials.

The number of resolved cases in the province now sits at 2,074.