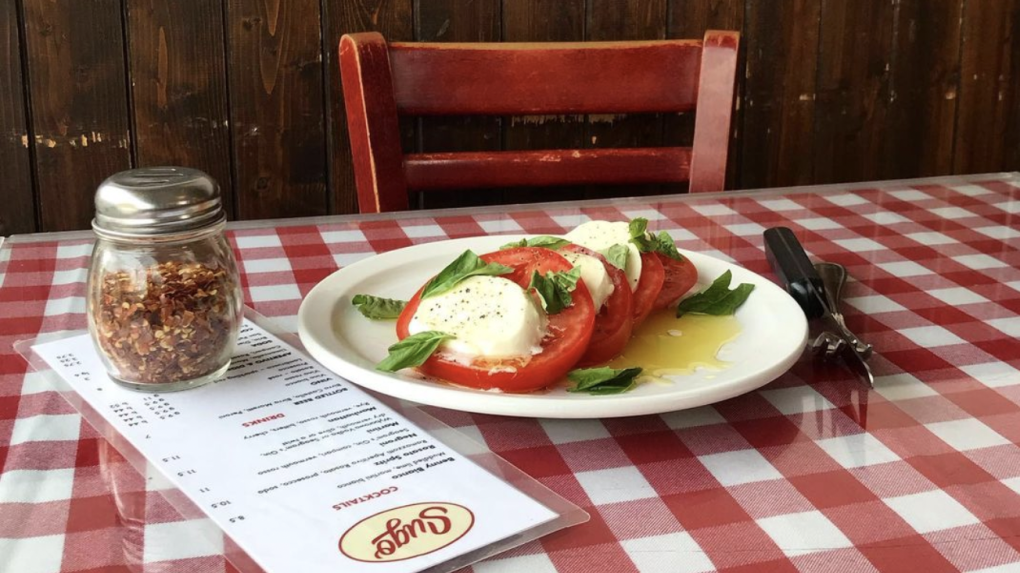 A dining table is pictured at Sugo on Bloor Street West. (@Sugo/Instagram)

In one week, Ontario’s COVID-19 restrictions could lift, but many businesses say they are grappling with a lack of clarity and direction from the provincial government on whether they should be preparing to reopen.

Current public health restrictions were put in place until at least Jan. 26, shuttering restaurants and gyms to slow the fast spread of the Omicron variant.

However, on Wednesday, Premier Doug Ford said that “restaurants, gyms and other folks” forced to close should expect a positive announcement from the province later this week, alluding to the possibility of loosening restrictions across the province.

Multiple sources have confirmed to CTV News Toronto that in-person dining will resume at 50 per cent capacity at the end of the month. The premier is expected to formally announce this on Thursday.

Despite the possibility of a move towards looser restrictions, Ontario business owners and employees have not yet been provided with directives from the Ford government on potential next steps, which they say is cultivating an environment of confusion and distrust.

‘SALT IN THE WOUND’

Rachel Schklar is the co-owner of Pilates North in Richmond Hill and says her business has only been able to operate at full capacity for eight full weeks since 2020.

“Don't ask me how it feels to close, ask me how I feel when I reopen because I don't know what that feels like anymore,” Schklar told CTV News Toronto on Wednesday.

“[The government’s] continued inability to effectively communicate — it's like salt in the wound,” she said.

She says her business isn’t planning on reopening on Jan. 26, opting instead for a later date of Feb 7. She says this decision was based on the Ford government’s previous track record of “re-jigging plans.”

“We felt it was our responsibility to give [our clients] some structure,” Schklar said.

Owner and operator of the well-known Toronto Italian joints, Sugo and Pizza Conzo, Conor Joerin, said he’ll wait to see whether his restaurants are permitted to open on the 26th.

“Given the history of all the back and forth, things constantly changing without any notice, and being told one thing then another thing happening, it's hard to believe anything we're told,” Joerin said.

He said that one of the biggest challenges presented by closures has been retaining staff.

“As dining rooms open up and as restrictions lift, restaurants start the process of rehiring, which is really tough these days — not a lot of people are working — so, you spend a couple of months training them and then, all of a sudden, you're told to close and you've got to find ways to keep people employed.”

Joerin says he’s been able to create a few extra shifts having staff come in to package up food at risk of spoiling after closures to give to charity.

“[The closures] wreak havoc on things and we're just sort of in this holding pattern that we've become used to now,” he said.

Despite trying his best to keep his restaurant alive, Joerin described a feeling of defeat.

“I feel like there's not a lot of fight left,” he said. “We've been beaten down so many times that we're just used to this now and we're just waiting.”

A NOTE OF OPTIMISM

Dan Kelly, president and chief executive officer at the Canadian Federation of Independent Business, told CP24 Wednesday that he detects a note of optimism in Ford’s words.

“But I gotta tell you, there's this suspended disbelief among small business owners right now,” he added.

Kelly says a sustained path to economic recovery is needed, or else businesses may face permanent closures.

“Businesses have been hanging on with tape and glue to try to keep their businesses alive over the course of the past two years,” he said.

“If we do get on a steady pathway to recovery, and we don't look back then more businesses may survive.”

Also on Wednesday, Restaurants Canada issued a statement calling on the Ontario government to immediately provide the province’s food service industry with “clear guidance for reopening indoor dining next week.”

“They need to order food and supplies, schedule staff and prepare menus. With Ontario’s latest closure of indoor dining set to end on Jan. 26, restaurant operators deserve to know by now if these latest restrictions will be completely lifted or if dining will continue to be restricted to the 50 per cent capacity limit imposed in December.”

Restaurants Canada said that they’ve sent a letter to Premier Doug Ford, calling on him to meet with policymakers and public health officials to “gain insights into decisions impacting food service operations" and “further support to help the province’s hard-hit foodservice businesses recover from the massive amounts of debt they’ve incurred.”

These restaurants, Joerin said, make Toronto the city it is.

“When I think of Toronto, I think of all the different cultures we have here and one of the first places you can enjoy this multiculturalism is in restaurants — you get to listen to other people's languages, music, see their art on the walls, eat their food, interact with their community,” he said.

“I'd hate to see us start to lose this.”

Joerin said he hopes to soon see more from both the municipal and provincial governments.

“I think small business and small restaurants are what makes Toronto great and, hopefully, the city and the [provincial] government will do a better job of taking care of us, of communicating with us and understanding that we can't keep bearing the brunt of all these restrictions.”

DEVELOPING | 'Too many children did not make it home': Anniversary of discovery at Canada's largest residential school

A daylong memorial is underway Monday in Kamloops, B.C., at the site of what was once Canada's largest residential school on the one-year anniversary of the announcement of the detection of unmarked graves.

The death toll related to the powerful storm that swept Ontario and Quebec on Saturday has reached 10.

Is my home or car covered from storm damage? In most cases yes, insurance bureau says

As residents in Ontario and Quebec work to repair the damage caused by a severe storm over the weekend, many may be wondering whether their homes and cars are covered from any damages. The Insurance Bureau of Canada says wind damage is usually covered, but to confirm with their provider what losses may be included.

A captured Russian soldier who pleaded guilty to killing a civilian was sentenced by a Ukrainian court Monday to life in prison -- the maximum -- amid signs the Kremlin may, in turn, put on trial some of the fighters who surrendered at Mariupol's steelworks.

The first of three charter flights bringing Ukrainian refugees fleeing Russia's invasion to Canada is to land in Manitoba this afternoon.

The Canadian royal visit took place at a time when many are starting to view Prince Charles differently, given that his destiny to be King seems to loom closer, Richard Berthelsen writes in his exclusive column for CTVNews.ca.

An email encouraging members of the Canadian Armed Forces to consider contacting Habitat for Humanity if they can't find affordable housing is casting a spotlight on a growing challenge facing many military personnel and their families.