One person dead and another critical after Hamilton apartment fire 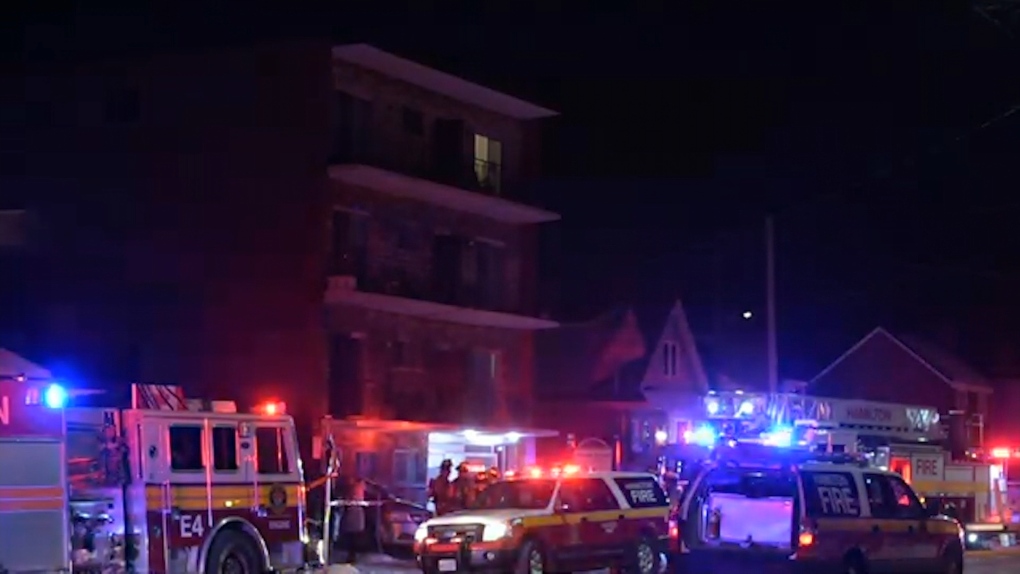 Crews respond to a fire at an apartment complex on Concession Street in Hamilton, Tuesday February 9, 2021.

TORONTO -- One person has been pronounced dead and another is in critical condition in hospital after being pulled from a fire at a Hamilton apartment building.

The fire broke out in one of the units at a four-storey apartment complex at 326 Concession Street at around 9:25 p.m. Tuesday.

Crews arrived to find heavy smoke and flames at the scene.

“During the search and rescue operations firefighters located two people in the apartment. Both were removed from the apartment and given immediate emergency care by firefighters before being turned over to paramedics and transported to hospital,”Hamilton Fire Chief Dave Cunliffe told CP24.

One of them has since been pronounced dead in hospital and the other is in critical condition, Cunliffe said.

The fire was extinguished quickly, but caused significant damage to the apartment.

“Given the nature of the call the Ontario Fire Marshal’s Office has been notified and will be responding to assist in the origin and cause investigation,” Cunliffe said.

Other residents of the building have been allowed to return to their units.

There is no word so far on how the fire started.