Number of Ontarians who drive after consuming cannabis edibles is growing: survey

Number of Ontarians who drive after consuming cannabis edibles is growing: survey 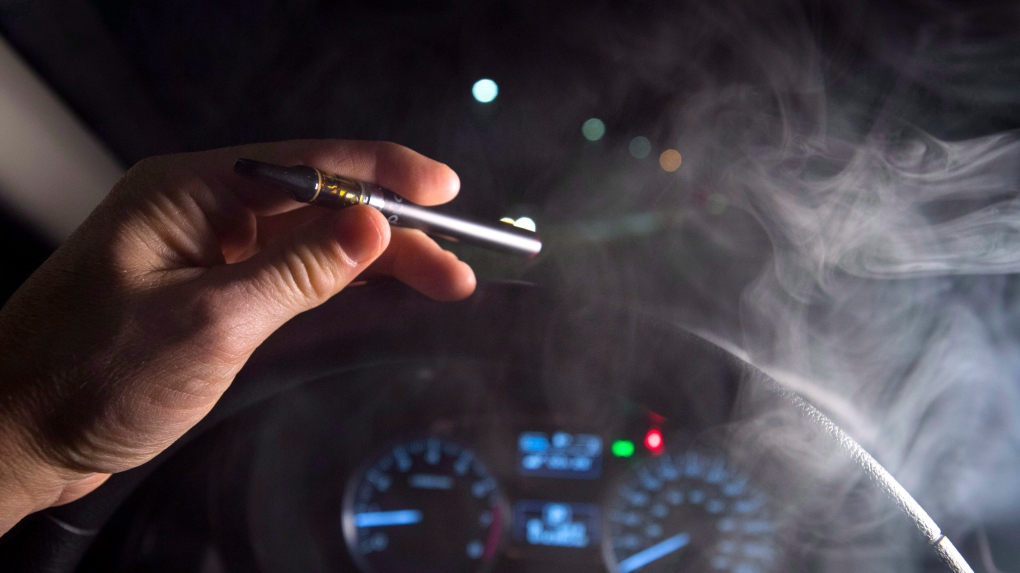 In this photo illustration, smoke from a cannabis oil vaporizer is seen as the driver is behind the wheel of a car in North Vancouver, B.C. Wednesday, Nov. 14, 2018. THE CANADIAN PRESS /Jonathan Hayward

The number of Ontarians who have admitted to driving after consuming cannabis edibles is growing.

This according to a survey conducted by CAA South Central Ontario, that found there’s been a 10 per cent increase in cannabis-impaired drivers who have admitted to eating an edible before getting behind the wheel since 2019.

The survey also found that in the past three months, approximately 600,000 Ontario drivers have admitted to driving after consuming cannabis.

CAA spokesperson Michael Stewart says that number, which includes all cannabis-impaired drivers, including those who have smoked, has stayed relatively the same since their 2019 survey. However, he says it’s concerning to see such a stark increase in the number of people driving after eating cannabis edibles.

“It’s shocking that we’re seeing this many people who are getting behind the wheel while high,” Stewart said.

“Our data shows an alarming trend in the use of edibles and driving. With the growing popularity of cookies, gummies, and chocolates since legalization, the use of edibles continues to rise and so do people who drive high on edibles.”

Stewart said the effects of edibles can be deceptive, as they often don’t kick in as fast as smoking cannabis.

“Edibles are different than smoking cannabis. The effects can take longer to kick in; it can take up to two hours and they can last up to 12 hours. So, it’s very concerning that people are consuming edibles and getting behind the wheel,” he said.

The CAA also found that almost half (about 282,000) of the 600,000 cannabis-impaired drivers in Ontario in the last three months had also consumed other substances such as alcohol or other drugs.

Stewart says different substances have different effects on drivers when they get behind the wheel and mixing them only further affects a person’s ability to safely drive.

“Different substances can have different effects on you behind the wheel. Cannabis can affect your motor skills, your reaction time and your ability to judge distances. And all of those are very important skills to have behind the wheel to keep yourselves and others safe,” he said.

Stewart says that another unfortunate finding from the survey was that many drivers weren’t aware of the penalties associated with driving after consuming cannabis.

“And unfortunately, 30 per cent -- or three million drivers -- aren’t aware of any penalties from cannabis impaired driving, which is very concerning.”

In Ontario, those who fail a drug recognition expert’s evaluation face an immediate 90-day licence suspension, a seven-day vehicle impoundment and a $550 fine.

If convicted in court, drivers will have their licence suspended for at least a year, along with various other mandatory stipulations including an education or treatment program and the use of an ignition interlock device for at least a year.

Stewart added that there seems to be a misconception, especially among young drivers, that cannabis either makes you a better driver or that it doesn’t impact your ability to drive safely, which he says is not true.

“That is a mindset that we’re really trying to overcome and we’re trying to educate, especially young drivers, on that. Cannabis, at the end of the day, does affect your ability to drive,” Stewart said.

“For alcohol-impaired driving, we’ve had years of success in reducing that number and making sure that people aren’t drinking and driving. It isn’t a social norm anymore -- which is great -- but we just need to make sure we’re achieving that same success with cannabis.”