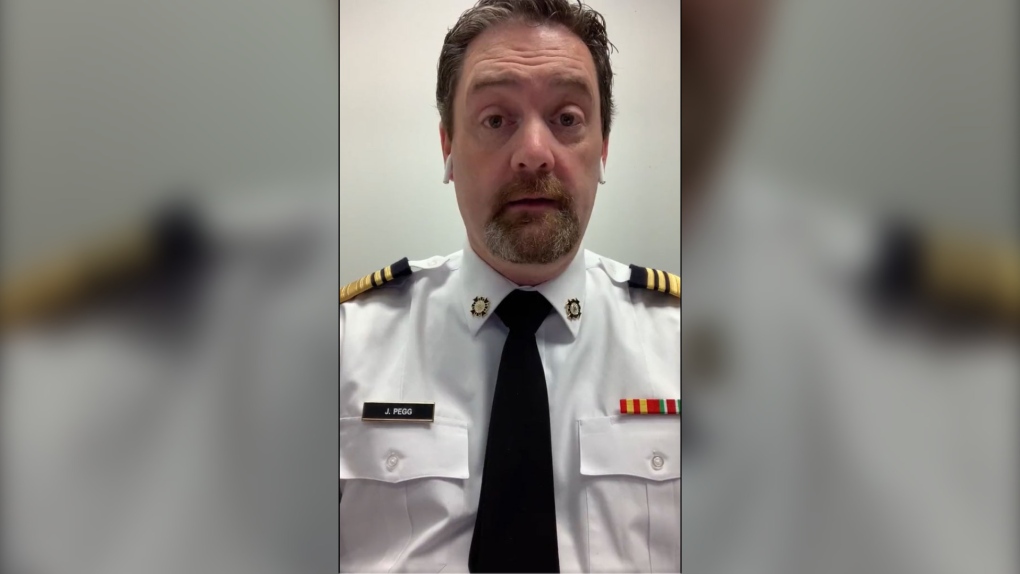 Ontario’s fire marshal is pleading with residents of the province to do more to prevent fires in their homes after a deadly start to the year.

In a message posted to Twitter on Friday, Ontario Fire Marshal Jon Pegg said the province has already lost 17 people in fires so far this year and people "are not getting the message" about fire safety.

Some of those deadly fires have occurred in the Greater Toronto Area, with a recent fire in Brampton claiming the lives of three young boys. The cause of that fire has not yet been determined, but fire officials urged the public to redouble their efforts around fire safety in its wake.

“Allow me to be very candid and blunt; This is not difficult, folks,” he said. “I know that smoke alarms can be a nuisance when you're cooking. I know that changing batteries may not be top of mind, but it has to be.

“I know that pushing a button to test each month is quickly forgotten, but it's the only thing you can do to protect you and your family. And quite frankly, and to be very direct, I don't think Ontarians are getting the message and I need everyone's help.

He urged people to take simple steps such as checking regularly that smoke alarms are in proper working order and have fresh batteries, and having a fire plan for each household.

“Smoke alarms 100 per cent save lives. I can tell you countless stories where this is true. But they only do so if they are working,” Pegg said. “And not only that, it's a law. You also need to practice a home fire escape plan before a fire. When the alarm sounds, everyone needs to know what to do safely.”

The fire marshal urged people to share his message and help it "go viral."

“Kids, if you are seeing this, ask your parents to test the smoke alarm in your house. And if they don't have one, ask why,” Pegg said.

“Check on your neighbours and those of your family who need help testing their alarms, and if you have questions addressing a smoke alarm issue, reach out to your local fire department.”

A full list of fire safety tips from the fire marshal can be found on the province’s website.

My plea to Ontarians - you need to watch this important message! @ONFireMarshal pic.twitter.com/JABRcHguSS

Power outages caused by the powerful and deadly storm that swept across Ontario and Quebec on Saturday are stretching into another day, as hydro providers warned customers they could be waiting even longer for service to be fully restored.

An infectious disease expert believes monkeypox outbreaks can be contained by using a strategy called 'ring vaccination' – which means vaccinating all the close contacts of an infected person.

Health Canada says it is preparing for the possibility that a shortage of sunflower oil could further strain baby formula supplies in Canada.

11 killed in shooting attacks on 2 bars in Mexico

Russia's theft of Ukrainian grain appears to be ramping up as it continues its war on the country, according to new satellite photos of the Crimean port of Sevastopol.

'The destruction is incredible': 150,000 Ontarians remain without power, says Hydro One

A Hydro One spokesperson says the storm that ripped through Ontario over the long weekend has caused significant damage across the province, and it could still be days before some power outages are restored.

Actor Amber Heard rested her case Tuesday in the civil suit between her and ex-husband Johnny Depp without calling Depp to the stand.

200 bodies found in Mariupol as war rages in Ukraine's east