A self-described “crypto king” from Ontario was living a lavish life – driving a lime green Lamborghini and boating on a multi-levelled yacht – before an investor alleged the 23-year-old had scammed him out of millions.

Legal documents obtained by CTV News Toronto detail the months leading up to the moment 150 investors petitioned Aiden Pleterski into bankruptcy, reveal domestic violence charges were previously filed against him, then dropped, and ultimately beg the question – where did all the money go?

Since then, the tab of money owed to investors has allegedly mounted to at least $35-million.

“The numbers in reality could be quite a bit higher,” Norman Groot, a fraud recovery lawyer representing 150 investors who handed money to Pletersk, told CTV News Toronto.

The Mareva injunction was an “extraordinary measure” that, in effect, froze Pleterski’s assets and petitioned him into bankruptcy.

On several occasions, CTV News Toronto has reached out to Pleterski’s lawyer but no response has been received.

“My client, who invested in Aiden and was reassured that the investments had grown to approximately $33 million, was provided promises that that money was available for him and provided promises that he could withdraw the money or get payments and those promises were not entirely fulfilled,” Tanya Walker, who represents Singh and his corporation, told CTV News Toronto.

“There were small payments made to my client, very small compared to what he invested.”

A written contract, penned by Pleterski, promised Singh a 70-30 per cent split on capital gains along with a 10 to 20 per cent biweekly growth target on his investments.

At this point in time, Pleterski had acquired a reputation for his “superior trading ability,” according to the injunction. 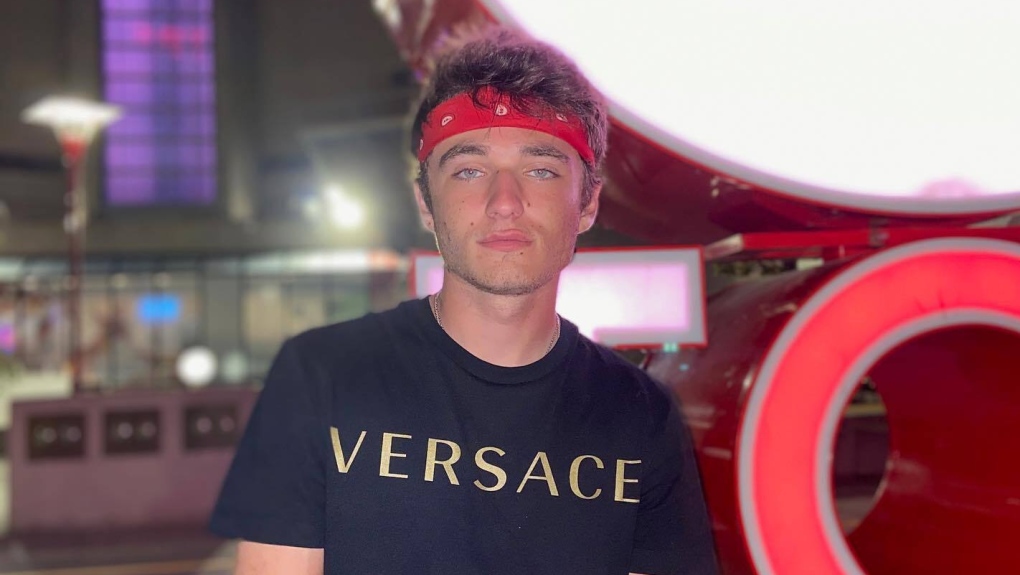 Aiden Pleterski is seen in a photo previously posted on social media. Court documents state that Pleterski pledged to repay the full initial investment if any investments were lost. The terms also detailed that investors were able to withdraw any amount of their capital gains and Pleterski would provide it within three business days.

In February – nearly a year after Singh was introduced to Pleterski – he began making requests to withdraw $1 million, $300,000 and $3.5 million installments over the span of a month in order to meet financial obligations.

But Pleterski told him he was having issues withdrawing funds, court documents say.

Two months later, one of Pleterski’s associates showed Singh screenshots and a video of an account statement at FXChoice, a trading company headquartered in Belize, with funds worth more than $311 million in the AP Equity company name along with over $1.4 million in Pleterski’s personal account, according to the injunction.

“My client contacted one of the institutions. He was concerned that that wasn’t actually true, that it could be a fabricated screenshot,” Walker said.

When Singh spoke to FXChoice in May, they said Pleterski and his company did not have accounts containing those funds, legal documents state.

FXChoice has not responded to CTV News Toronto’s requests for comment.

WHAT DO WE KNOW ABOUT AIDEN PLETERSKI?

He posted stories of frequent trips to Miami, cruising on a multi-leveled yacht and pulling up to a jet in a lime green Lamborghini.

It was at this time, on June 9, 2021, domestic violence charges were filed against Pleterski in Florida. 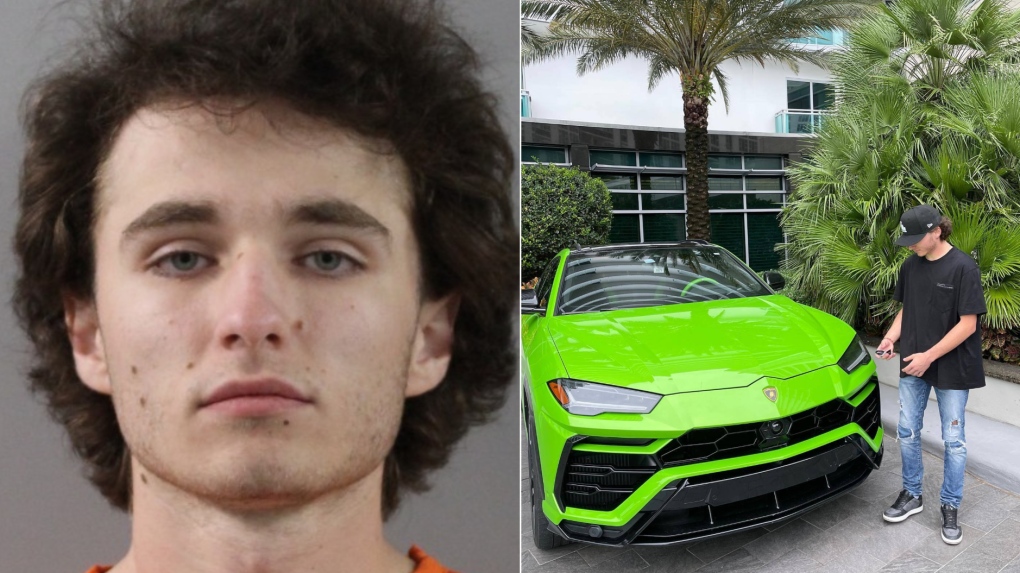 Aiden Pleterski is seen in a split photo. He is seen in a mug shot taken in Florida (left) and in an image posted on social media (right). His now former girlfriend alleged Pleterski, her boyfriend of approximately one year, started a verbal altercation with her when she discovered content on his Instagram, according to an affidavit filed in Winter Haven, Fla.

Deputy Zachary Eason noted there were several red scratches on Trentadue’s collarbone and left bicep when he arrived at a residence in Davenport, Fla., south of Orlando.

“The suspect intentionally grabbed the front of the victim's shirt with both hands and began to yell at her. This intentional violence was against the victim's will,” Eason wrote in the affidavit.

The document goes on to say that Pleterski restrained his girlfriend by grabbing and pushing her away from the front door when she tried to leave. For 30 minutes, he stood by the doorway refusing to move, according to the file.

“The victim stated she did not feel free to leave during this time,” the affidavit reads.

The prosecution later indicated on June 22 that they would not be moving forward with charges.

CTV News Toronto has reached out to Pleterski's former girlfriend several times but has not received a response.

The fraud recovery lawyer representing the 150 investors who handed money to Pleterski told CTV News Toronto everyone he has spoken to believed the 23-year-old was actually conducting foreign exchange or cryptocurrency trading.

“When in reality it looks like very little or none of that actually happened,” Groot said. 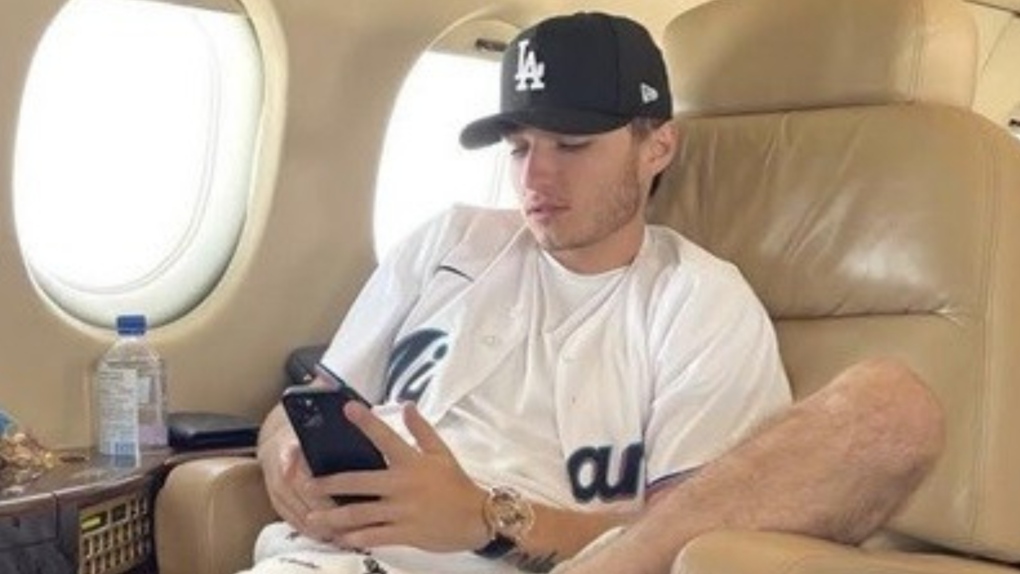 Aiden Pleterski is seen in an undated photo posted on FilmFreeway.Groot is spearheading an effort to trace a collective $20 million allegedly owed to his clients. So far, bankruptcy trustees have only been able to recoup about $2 million of Pleterski’s assets.

“Initially when this whole thing started … there was a small amount of trading done, but the bulk of the money received never went into any trading. That’s our understanding. We have not seen any trading records,” he said. “It's investments done on a blind form of faith.”

Three months after Singh attempted to withdraw funds from his investments, he still didn’t have the money requested. He made a plan to meet Pleterski for lunch on June 18. Pleterski said he would send Singh $50,000 as an act of good faith to prove that he intended to repay the funds.

But, Singh says Pleterski cancelled the lunch and only transferred $10,000.

Days after they had scheduled to meet, Singh says he heard that Pleterski was selling his luxury cars and removing a bank safe from a rental storage facility.

“Singh deposes that Aiden is taking steps to dissipate, sell or hide his assets to prevent any creditor from acquiring said assets. This includes expensive vehicles such [as] Lamborghinis, Audis, Ferrari, Land Rover along with liquid assets in bank and cryptocurrency accounts in other countries, such as Belize,” the court documents read.

Since June, Singh claims he has not been able to reach Pleterski.

Pleterski’s bankruptcy trustee told CTV News Toronto that he could not disclose where the 23-year-old currently is due to the ongoing nature of the file and his responsibility to maintain client-confidentiality.

“The calls continue to come in and the information we are receiving is that the scope of this particular Ponzi scheme is quite a bit larger than we currently know,” Groot said.

“Given the amount that the trustee has recovered today, which as far as I know is a couple million dollars, it begs the questions – where did all the money go?”