Sources say the plan originated from the Ministry of Transportation and was presented to cabinet ministers at a recent meeting with a public unveiling of the cost-savings measure scheduled in the days ahead. The measure would save drivers about $120 a year.

Sources clarified on Tuesday that while the government would eliminate the fee associated with licence plate renewals for passenger vehicles, light commercial vehicles and motorcycles, motorists would still be required to replace stickers on a yearly basis.

Licence plate renewals are often used as an enforcement mechanism for unpaid parking tickets and 407 fees. Sources said the government wanted to ensure municipalities still had the ability to recoup costs, businesses could verify a driver's outstanding fines, and police services could continue to enforce traffic rules.

While eliminating the fee would benefit more than eight million drivers every year, it would also represent a multi-million dollar hit to Ontario's finances.

In 2018-19, Ontario's Financial Accountability Officer (FAO) reported that Vehicle and Driver Registration Fees brought $1.95 billion into the government's coffers, but that the program ended up costing $2.4 billion that year -- leaving a $436 million program shortfall.

The office of the FAO said, on Tuesday, the impact to the province could be "somewhere around a billion dollars" based on previous analysis of the registration fees. The lost revenue would come at a time when the government faces a post-pandemic deficit ranging between $16 to $20.5 billion -- figures which come from the FAO and Ministry of Finance respectively.

"In terms of the revenue reduction it would be more significant," said budget watchdog Peter Weltman. "We don't know if that all going to be done in one year, if that's something that's going to be spread out over 10 years." 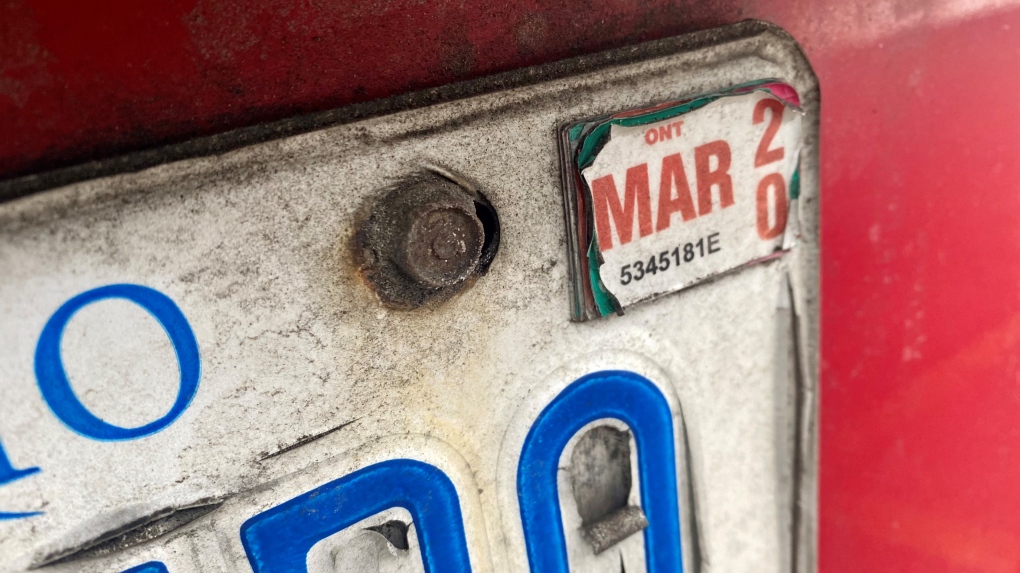 Sources said the government will also issue refunds to Ontarians who have renewed their licence plate stickers. The list of people who qualify for a refund has not been finalized yet.

The government is exploring how these refunds could be issued and it may be similar to the direct deposit system used for the Ministry of Education student COVID-19 funds.

One source said the Ontario PCs are looking to shore up support from voters in the 905 area code region of the Greater Toronto area, which helped deliver a majority in 2018.

As of now, Ontario drivers must renew their expired licence plate stickers before Feb. 28.

The government has allowed people to use expired licence plate stickers since March 2020 to avoid people gathering in Service Ontario locations.