A Toronto teacher charged in connection with the drowning of a teenage student during a canoe trip at Algonquin Park in 2017 has been found not guilty of criminal negligence causing death.

In her decision, which was read aloud during a virtual hearing on Wednesday morning, Superior Court Justice Maureen Forestell said the conduct of Nicholas Mills, a C.W. Jefferys Collegiate Institute teacher who organized and led the school trip, did not "reach the level of moral blameworthiness necessary for criminal liability."

Jeremiah Perry, who was one of 32 students that took part in the trip, was not wearing a lifejacket when he drowned in Trout Lake on July 4, 2017.

While Justice Forestell acknowledged that Mills “created a risk that would have been foreseen by a reasonable teacher” in the same circumstances, his actions on that day did not show a reckless disregard for the safety of others, which is necessary for a finding of criminal negligence causing death.

Perry, along with more than a dozen other students, did not pass the swim test that was required by the Toronto District School Board (TDSB) to take part in the excursion.

Justice Forestell said that while the decisions Mills made up until the day of the drowning did not meet the standard of "perfection," they were reasonable and fell within the standard of care.

The judge also accepted that Mills had witnessed Perry swim 50 metres without a lifejacket just two days before his death.

The judge said that even careful and prudent parents at times allow children who aren't strong swimmers in water without lifejackets, noting that the teacher's actions in this regard were not "unreasonable."

The judge took issue with the fact that multiple weak or non-swimmers were in or near the lake at the time of Perry's drowning. She noted that while there was a trained student lifeguard at the swim site and the students were warned of a steep dropoff in the area, the lifeguard would not have been capable of supervising all of the swimmers at once.

"Mr. Mills made individual decisions that were justifiable such as permitting weak and non-swimmers to attend the trip and permitting students to swim without lifejackets. His conduct fell below the standard when he failed to reassess risk at the July 4th swim site where the steep drop-off to deep water added to the cumulative circumstances to increase the risk and make the situation unsafe for Jeremiah Perry," Justice Forestell said.

She said his "error in judgment" occurred within a time period of about one hour.

"If this was a case of civil negligence, the test would be met. This is a criminal case. It is not enough for the Crown to prove that Mr. Mills fell below the standard. The Crown must prove beyond a reasonable doubt that the failure to foresee the risk and take steps to avoid it, if possible, was a marked and substantial departure from the standard of care expected of a reasonable person in the same circumstances," Justice Forestell said.

"At the point of the July 4th swim, he ought to have revisited his decision to allow Jeremiah in the water without a lifejacket and he failed to do so. This failure... resulted in the tragic death of 15-year-old Jeremiah Perry. The conduct did not approach the level of departure from the standard of care required for a criminal conviction."

During the trial, the court heard that one student who was in deep water but wearing a lifejacket when Perry went missing said he felt something pull on his leg and pull him under the water. The student was able to resurface and call for help. Both Mills and another adult who was supervising the trip were standing in the water at the time of the incident and realized Perry was missing shortly after the student reported being pulled under.

None of the students witnessed Perry enter the deep water and he was last seen standing in the shallow part of the lake without a lifejacket.

The lifeguard hired for the trip and a lifeguard from a neighbouring campsite searched the water for Perry but he could not be located. His body was found by police divers the following day. 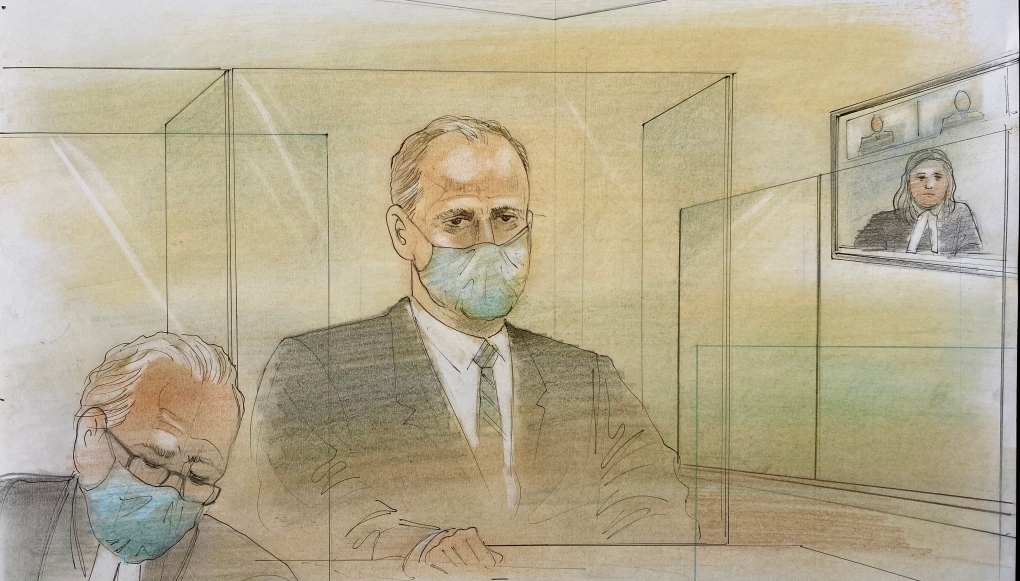 In a statement released after the decision, the Toronto District School Board said today's verdict now allows the school board to "complete the final piece" of its investigative process in the TDSB's internal review of Perry's death.

"In the meantime, the staff member has been on leave and not paid by the TDSB," the statement read.

"While there were specific requirements in place at the time — that we know were not followed — we further strengthened our requirements four years ago around water-based activities, including mandatory principal signoff on swim test results and the sharing of all results with parents/guardians prior to any activity taking place.”

The school board added that four years later, Perry's loss is "still felt deeply by those that loved and knew him."

"Our hearts are with his family, friends and the larger CW Jeffreys CI school community during this difficult and emotional time," the statement continued.

"We have once again extended our condolences to Jeremiah’s family and have offered support to both them and the CW Jefferys CI community."