TORONTO -- In the wake of Mike Babcock being fired as the head coach of the Toronto Maple Leafs, the team’s general manager has asked the players for “some patience” and the ability to be “a little uncomfortable” in the coming weeks.

“We understand that it’s not an optimal time to have someone new come in and run the bench and run the program and no practice right into the game today so I think it’s going to take some time,” Kyle Dubas told reporters at a news conference held on Thursday afternoon. 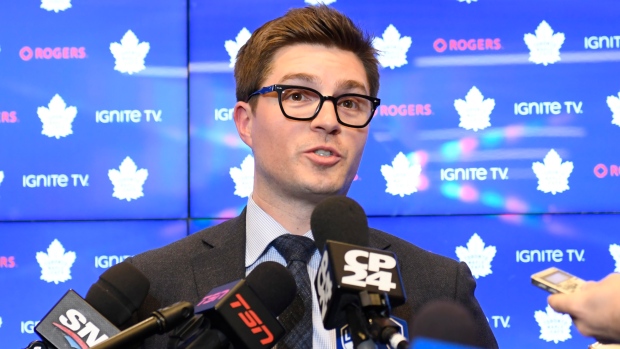 Dubas said he has “solely asked” for the team’s players to increase their “focus, concentration and work ethic” during this “new challenge.”

“We are going to go through some changes stylistically and with our systems and it may not look great at times, it may not feel great at times, but in the long run it is to get the group to play the way that it is absolutely designed to play,” he said.

“That’s really all that we asked of the players.”

The team’s president Brendan Shanahan said he could see “frustration” in the players’ eyes in their last game on Tuesday night in Las Vegas where they lost 4-2 against the Golden Knights. 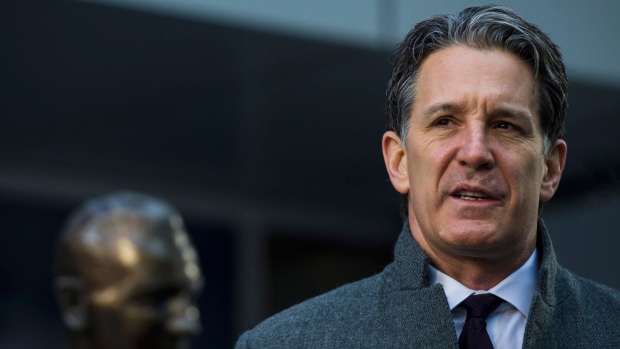 “I really thought in our last game that the players were working hard but there was a sort of belief missing in them,” he said while seated beside Dubas at the news conference on Thursday. “When things are going poorly like that a lot of things are running through your mind during the hockey game and you can almost see it in their faces.”

‘I loved every second of it’

It was announced that Babcock had been fired as head coach of the team on Wednesday. At the time, Sheldon Keefe, the head of the Toronto Marlies, was named as Babcock’s replacement.

The 56-year-old’s firing came after the Maple Leafs lost six games in a row.

In a statement to TSN on Wednesday, Babcock thanked fans and the city of Toronto for their support.

“I’m disappointed,” he wrote. “We didn’t have the start to the year we wanted and that’s on me.” 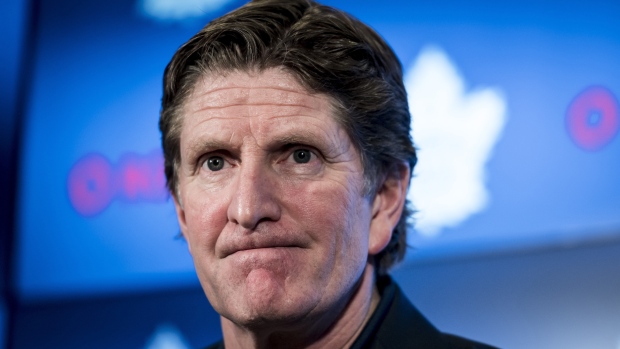 Babcock was hired by the Maple Leafs in 2015 and took the team to the playoffs the last three season, but was unsuccessful in advancing the team past the first round each year.

Under Babcock, the Maple Leafs posted a record of 173-133-45 in 351 regular season games over the past five seasons and an 8-12 record in their playoff runs.

Dubas takes ‘a lot of the blame’

At the news conference on Thursday, Dubas said there was no one moment that led to the firing of Babcock.

“Before the team lost to Philadelphia, which sort of started us down this path, we had discussions about the way the team was playing and the way the team was operating and what’s the best path ahead,” he said. “In my brief experience here and before, there’s never really one thing.”

“I think it was just an accumulation of watching the group continuing to play and evolve on and off the ice that led us to that point yesterday.”

Dubas then added that “a lot of the blame” should go to him, saying “there are no excuses” for the way the team has been performing lately.

Keefe will ‘take the team to a new level’

After it was announced that Keefe would fill the position of head coach of the Maple Leafs, it was decided that the Toronto Marlies will now be led by assistance coaches AJ MacLean and Rob Davison in the interim.

Keefe, 39, was in his fifth season as head coach of the American Hockey League affiliate. In 319 regular season games with the Marlies, he led the team to a 199-89-22-9 record and helped the team win their first Calder Cup championship in 2018, which was the first time in franchise history.

Sheldon Keefe has been named the 31st head coach in Maple Leafs history.

Speaking about Keefe’s promotion, Dubas said the players are ready to “maximize their capabilities” under the new direction.

“Our way of looking at it is that we’ve got a full belief in his ability to continue to develop the players that we have because I think development is still so vital for all of our players regardless of their age at the NHL level and he’s shown the track record of continuing to do that – to develop players and to win at the same time,” Dubas said.

“I fully understand that this is a totally new level and the highest level you can be at in this profession and it will be up to all of us to prove that it can happen here and that’s the challenge that we are all excited about.”

Also speaking at the news conference, Keefe told reporters everyone involved in this process has helped make today feeling like “any other day.”

“I’ve had a lot of interactions with the players,” he said. “I’ve coached a lot of them with the Marlies of course and through training camp getting to know the guys a little bit so there’s some familiarity which is a lot easier for me coming into the room today and being around the guys and talking with them.”

The Maple Leafs will face off against the Coyotes Thursday night at 9 p.m. in Arizona with Keefe on the bench.