"Over parts of the last five seasons, Mike has played an integral role in changing the direction of our franchise," Brendan Shanahan said. “Mike’s commitment and tireless work ethic has put our organization in a better place and we are extremely grateful and appreciative of the foundation he has helped us build here.”

"At this time, we collectively felt that it was best to make a change to Sheldon Keefe. Sheldon’s record with the Marlies in terms of development and on-ice success during his time in our organization has compelled us all to feel that he is the right person to take us to the next stage in our evolution." 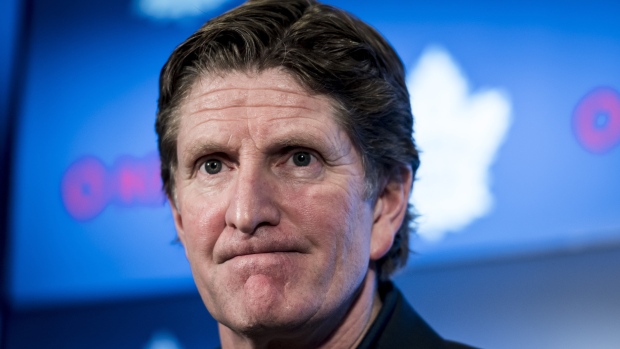 Speaking with reporters on Wednesday afternoon, Shanahan said that he has a “tremendous amount of gratitude” for Babcock, but that the decision to let him go was just “something that needed to be done.”

“It wasn’t an easy conversation to have. It wasn’t pleasant,” he said. “Once you realize there is something you should do and have to do, then it’s best to act on it.”

“Seeing as I had been the one that hired Mike, I thought that it was very important for me to get on a plane and fly here and face Mike and be with Kyle to tell him myself that we had made a decision together in the best interest of the club.”

Shanahan said that the club hasn’t felt like the Leafs have played up to their expectations this year, citing attention to detail as an element that was missing in the team. 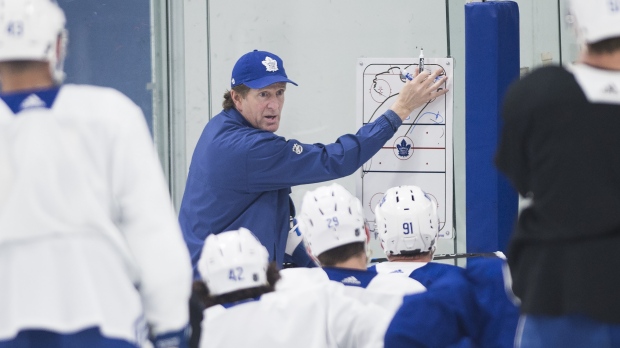 Babcock, 56, was hired in 2015 and took the team to the playoffs the last three seasons, but has been unable to get the Leafs past the first round.

In a statement to TSN on Wednesday, Babcock thanked fans and the City of Toronto for their support. He also said that he was proud of the “franchise records” that were set under his leadership.

Prior to taking a coaching contract with the Maple Leafs, Babcock helped guide the Detroit Red Wings to a Stanley Cup win as coach in 2008. He also helped lead Team Canada to back-to-back Olympic gold medals in 2010 and 2014.

The Toronto Marlies will be led by assistant coaches AJ MacLean and Rob Davison in the interim as Keefe, 39, takes on his new role with the Leafs.

Keefe was in his fifth season as coach of the American Hockey League affiliate Toronto Marlies. In 319 regular season games, he led the team to a 199-89-22-9 record and helped the Marlies to their first Calder Cup championship in 2018—the first in franchise history.

Shanahan said that no other changes to the Maple Leafs coaching staff are expected at this time.

Thank you to Mike Babcock for your leadership as coach of our @MapleLeafs through the last five seasons. You were a class act throughout your time here and you helped make hockey exciting again in Toronto. All the best! #LeafsForever pic.twitter.com/JU108qN7jV