Man slashed in neck during fight at west-end bar 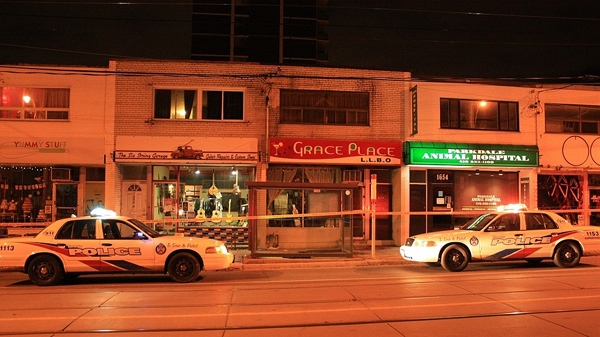 A wounds suffered by a man who was stabbed during an altercation Friday morning, according to police.

Charges are pending in the incident, which occurred at Queen Street and Triller Avenue, just east of Roncesvalles Avenue in Toronto's west end, shortly after 2 a.m.

According to police, a 38-year-old man was slashed in the neck inside a Queen Street bar.

The victim reportedly stumbled out of the bar with blood gushing from his neck.

He was rushed to hospital with serious, life-threatening injuries, but police said he never lost consciousness.

His injuries were later downgraded and are now considered not life-threatening.

A 37-year-old man was arrested at the scene.