Worshippers subdue man who allegedly carried out attack at mosque in Mississauga, Ont.

Officers responded to the Dar Al-Tawheed Islamic Centre in the area of McAdam Road and Matheson Boulevard just before 7 a.m. after receiving several 911 calls from members of the mosque.

Police said a man walked into the mosque and allegedly discharged bear spray towards the congregants while wielding a hatchet.

Members of the mosque quickly subdued the man until officers arrived, police said. Some mosque members sustained minor injuries due to the bear spray. 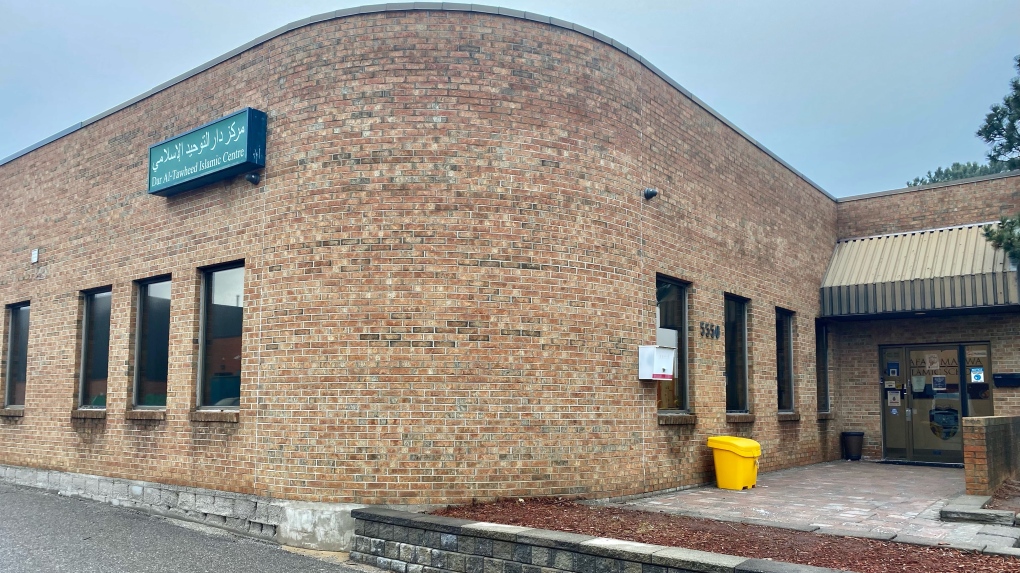 The Dar Al-Tawheed Islamic Centre in Mississauga is seen on Saturday, March 19, 2022. Peel police are investigating after worshippers at the mosque were attacked. (CP24/Kenneth Enlow)

When police arrived, they took the man into custody. The suspect, identified as Mohammad Moiz Omar from Mississauga, has been charged with assault with a weapon, administering a noxious substance with intent to endanger life or cause bodily harm, possession of a weapon for dangerous purpose, uttering threats, carrying a concealed weapon, and mischief to religious property.

He appeared at a Brampton court later in the day and is being held pending a bail hearing.

Police said they believe the incident was hate-motivated.

“At this stage of the investigation, it appears that this was an isolated incident. And Peel police will continue to offer reassurance to the community and the mosque and are providing additional support to those affected by the incident.”

The mosque’s imam, Ibrahim Hindy, wrote on social media that the violent attack took place during the dawn prayer.

“An individual came wielding an ax and carrying numerous other sharp edged weapons, as well as pepper spray,” he said. “Before he could inflict harm on any worshippers, several congregants bravely were able to stop him in his tracks.”

“Our community will never be broken and we refuse to be intimidated.”

Today at the Fajr (dawn prayer) at the Dar Al-Tawheed Islamic Centre in Mississauga, our congregants were subject to a violent attack.

An individual came wielding an ax and carrying numerous other sharp edged weapons, as well as pepper spray. (1/3

Nadia Hasan, of the National Council of Canadian Muslims, said there were about 20 people in the mosque at the time of the attack. She said the man allegedly sprayed the worshippers while they prayed.

“Some very brave men tackled him to the ground and apprehended him until the police came,” she said. “There's a lot of disbelief. A lot to process with just the level of potential violence that could have been caused here today if it wasn't for those very brave men who did what they did.”

“We don't know much about why they did what they did and we're waiting for the police to investigate.” 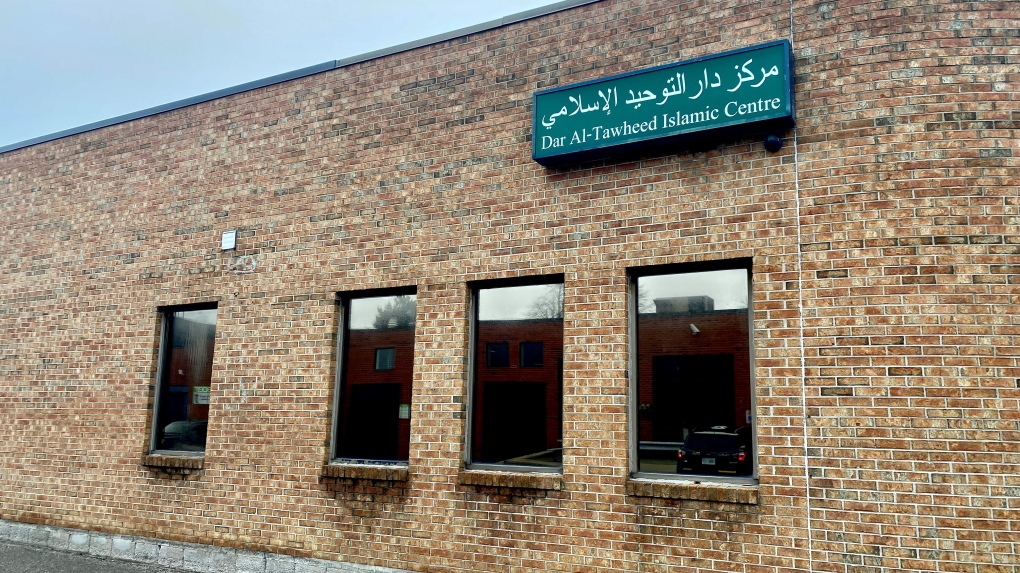 “I am incredibly grateful for their heroism, and my heart goes out to the Dar Al-Tawheed Islamic Centre community who were attacked this morning,” he said.

“There is no place in our province for such evil and hateful acts. We must ensure those responsible are brought to justice.”

Prime Minister Justin Trudeau said the attack at the mosque is “incredibly disturbing.”

“I strongly condemn this violence – which has no place in Canada – and I’m keeping the community in my thoughts today. I also want to applaud the courage of those who were there this morning,” he tweeted.

The attack on congregants at the Dar Al-Tawheed Islamic Centre is incredibly disturbing. I strongly condemn this violence – which has no place in Canada – and I’m keeping the community in my thoughts today. I also want to applaud the courage of those who were there this morning.

Mississauga Mayor Bonnie Crombie said she is shocked and angered by the incident.

“This unprovoked attack on a place of worship is absolutely unacceptable and I strongly condemn it,” Crombie tweeted. “My thoughts are with those injured and the city’s entire Muslim community.”

In a statement, Toronto Mayor John Tory said that any violence against the Muslim community or any community in a place of worship is “totally unacceptable.”

“We stand with the Muslim community in Mississauga, Toronto and across Canada in the wake of this assault,” Tory said.

“Our work to make sure everyone can pray in peace without fear, threats or violence must continue.”

Rwanda to Germany: Canada to elevate small Commonwealth nations' concerns at the G7

Foreign Affairs Minister Melanie Joly says Canada will be bringing the concerns of smaller Commonwealth nations to the G7 leaders in Germany Sunday, particularly the growing threat of famine.