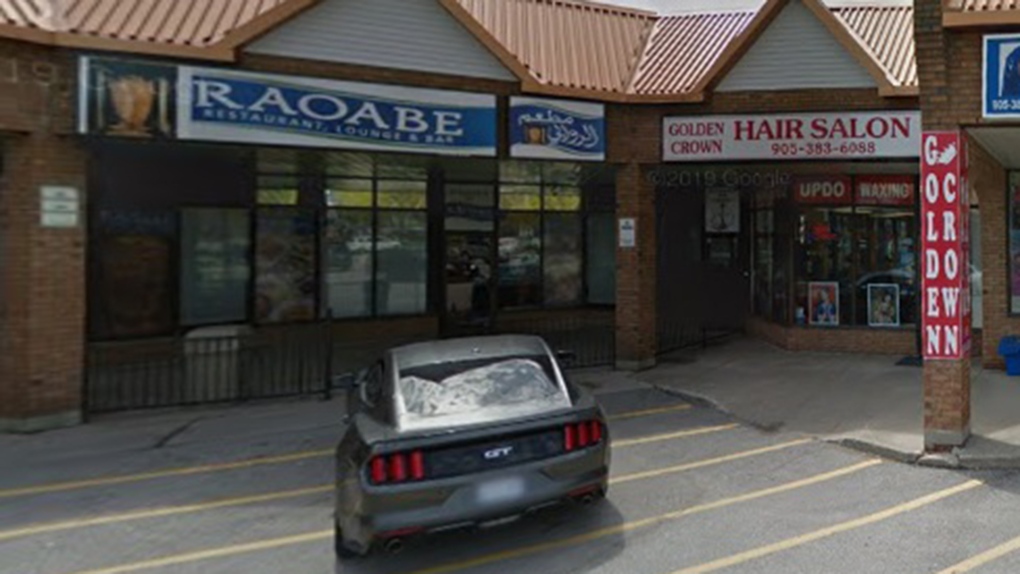 Raoabe Restaurant is seen in a Google Streetview image.
TORONTO -

A 26-year-old man is dead after he was shot multiple times inside a Hamilton Mountain restaurant early on Sunday morning.

Hamilton police say that at 2:30 a.m. they were called to Raoabe Restaurant, near Upper Ottawa Street and Stone Church Road East for reports of gunfire.

They arrived to find the 26-year-old man inside suffering from multiple gunshot wounds.

He was rushed to a hospital trauma centre where he later died.

Investigators did not identify him on Sunday.

“There were also a large number of patrons inside the bar at the time of the shooting and Hamilton Police encourage anyone who may have witnessed the incident to come forward,” police said Sunday.