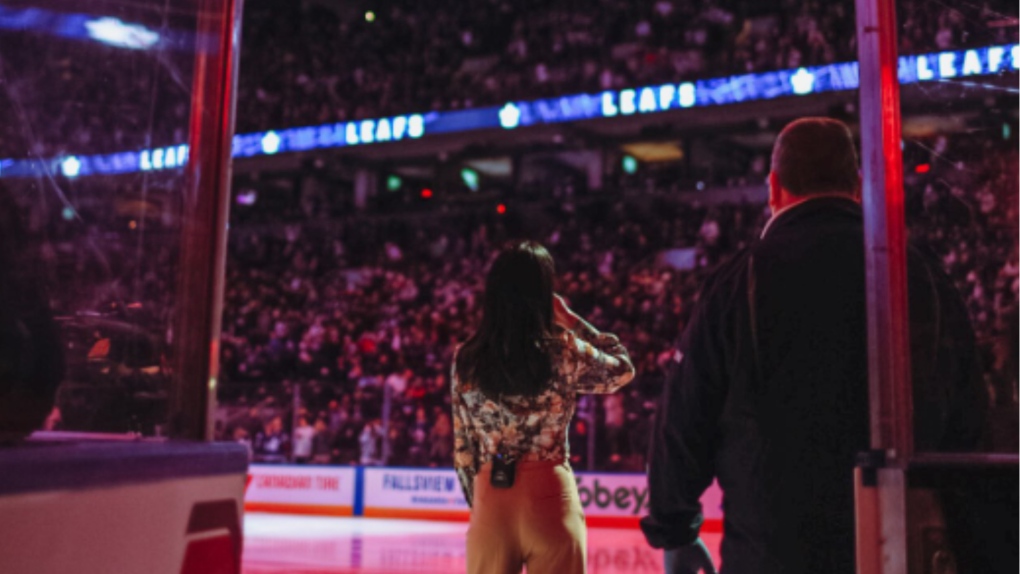 The Leafs’ official anthem singer has revealed she is stepping away from the gig after six years.

On Friday, Martina Ortiz Luis took to social media to announce her “pained” decision that she won’t be returning to sing this season.

“I started singing for the Leafs when I had just turned 15 years old. I still remember getting up at 7 a.m. to stand in line with hundreds of other hopefuls outside of, what was still called, the ACC,” Ortiz Luis wrote. The Air Canada Centre, well-known as the ACC, was renamed Scotiabank Arena in 2018.

“Stepping out onto the ice, seeing the sea of lights from 20,000 people wearing LED wristbands, barely able to hear myself over the ecstatic singing & cheering from hockey fans that I was not yet used to, the excitement surrounding the NHL’s centennial season,” Ortiz Luis continued.

The singer-songwriter and actor shared that the whole experience was “so surreal”, and expressed how “incredibly lucky” she felt to be part of the Leaf's franchise for this many years.

“But it’s time for me to step away and grow as an artist,” Ortiz Luis wrote. “In the last few months (& months to come), I’ve had some amazing opportunities to travel & work on projects I’m truly passionate about that I’m itching to share with you…”

The 21-year-old performer has appeared in various TV shows, including a recurring role as Rachel Valdez in Wynonna Earp.

“I’m forever grateful to the Toronto Maple Leafs organization, especially to the remarkable people who, six years ago, decided to take a chance on a little, belting, brace-faced kid and took care of me with the most kindness & support,” Ortiz Luis wrote.

The singer ended off by thanking the Leafs fans, and wishing the team good luck in the upcoming season.

“You know I’ll be cheering #LeafsForever.”

The Toronto team is set to kick off its regular season on Oct. 12 with their first game against the Montreal Canadiens at Centre Bell.