A U.S. basketball commentator has found himself in the hot seat over comments he made about Toronto and its relationship with Black athletes amid rumours one of the best in the game could be headed north of the border.

More than a few people on Twitter took issue with the comments and Broussard’s name was -- and still is -- trending on the platform in the hours that followed the segment.

Most notably among them is Rondae Hollis-Jefferson, who played for the Raptors the year after they won their first championship.

“This a stretch… Canadians love you like you grew up there… he’s tripping,” Hollis-Jefferson wrote in a tweet.

Yeaaaa this a stretch… Canadians love you like you grew up there… he’s tripping https://t.co/l6dQA52ZXA

And former Raptors, including Kyle Lowry and DeMar DeRozan, have been known to talk up their experience in the city and more often than not receive a hero’s welcome when they’re back in town.

In spite of the backlash, Broussard took to Twitter Monday night in an attempt to clear the air, saying he “never said Blacks are ‘treated worse in Toronto’ than in America.”

“That’s ridiculous. I said living there is different and “not the same as living in America for Blacks.” Very diverse city. But just 8% Black. I love visiting Toronto. Visiting,” Broussard added.

Broussard’s hot take on the city, which has long been considered one of the most multicultural in the world, comes days after news broke that 12-time NBA All Star Kevin Durant was seeking a trade from the Brooklyn Nets.

While it’s still unclear where Durant will land after contracts are firmed up, there is speculation that he could end up in Toronto.

And that’s not totally out of the realm of possibility.

Durant has even gone on record to say that the Toronto was his favourite basketball team growing up and that he was a fan of one of the greatest raptors of all time: Vince Carter.

“I was a big Vince Carter fan and I just liked their jerseys to be honest. They were a new team when I was growing up so I wanted to be a part of that,” Durant said during the Dan Patrick Show in 2013. 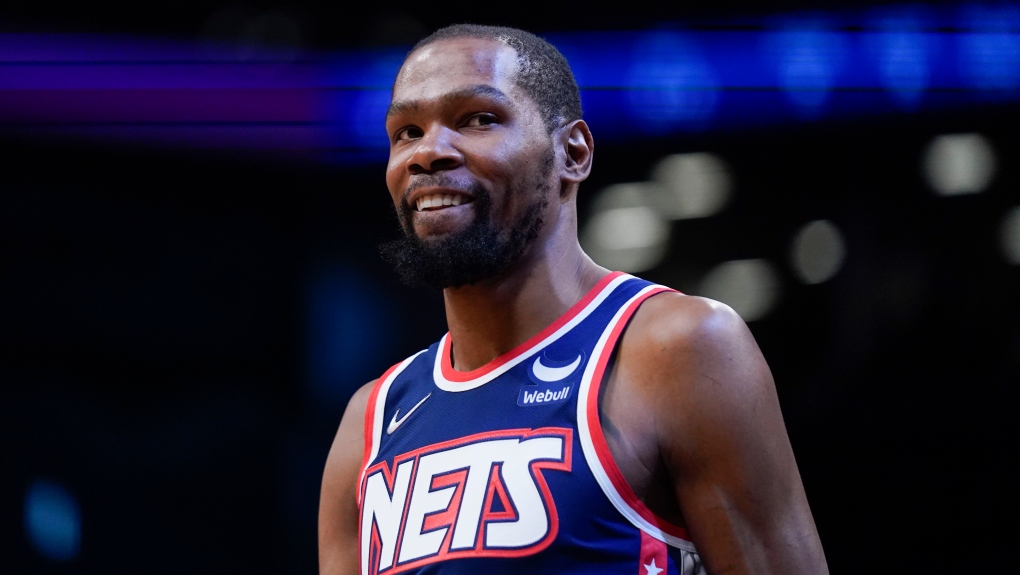 Brooklyn Nets' Kevin Durant is shown during the first half of an NBA basketball game against the Indiana Pacers at the Barclays Center, Sunday, Apr. 10, 2022, in New York. (AP Photo/Seth Wenig, File)

“He [Carter] brought Toronto from being one of the newer teams in the league to almost going to the finals. He changed the culture there in Toronto.”

Like many other former Raptors greats, Carter has gone on to praise the city he once called home -- despite a once frosty relationship with the fans following a trade in 2004.

And although Durant himself has not all hinted at which jersey he'll wear in October, that’s not stopping Toronto fans from dreaming about the possibility he may land here.