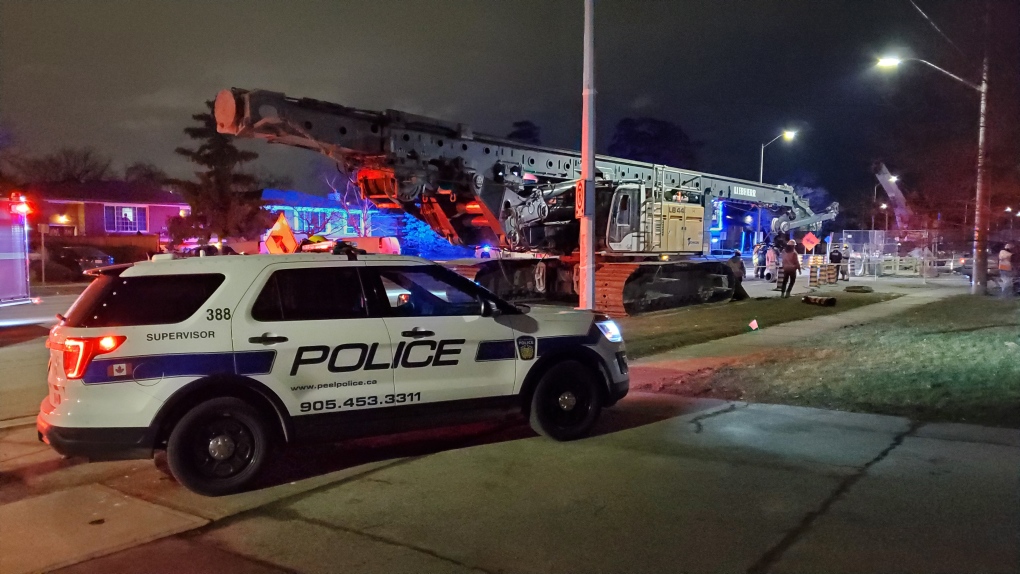 A man is dead after an industrial accident in Mississauga. (CTV News/Dave Ritchie)

TORONTO -- A man in his 30s is dead after an industrial accident at a construction site in Mississauga Thursday afternoon.

Emergency crews were called to the area of Cawthra Road and Hyacinthe Boulevard just after 5:30 p.m.

A district fire chief told CP24 that construction crews were working in a tunnel approximately 21 metres down when something went wrong.

Peel paramedics said a construction worker was crushed by an equipment.

A man was extracted and pronounced dead on the scene, police said. Three other workers who were with the victim during the incident got out safely and were not physically injured.

According to the Peel Region website, sanitary sewers are being installed in the area, which is part of the region’s multi-phased project to reduce basement flooding. It began in November 2019.

A temporary construction shaft was installed at the intersection.

A spokesperson for the Region of Peel said in a statement to CTV News Toronto that none of their staff or City of Mississauga staff were harmed in the accident.

“Peel Regional Police and the Ministry of Labour are currently investigating the accident. We cannot provide further details about what happened until the investigation has been completed,” said Anthony Parente, Peel Region’s general manager for water and wastewater.