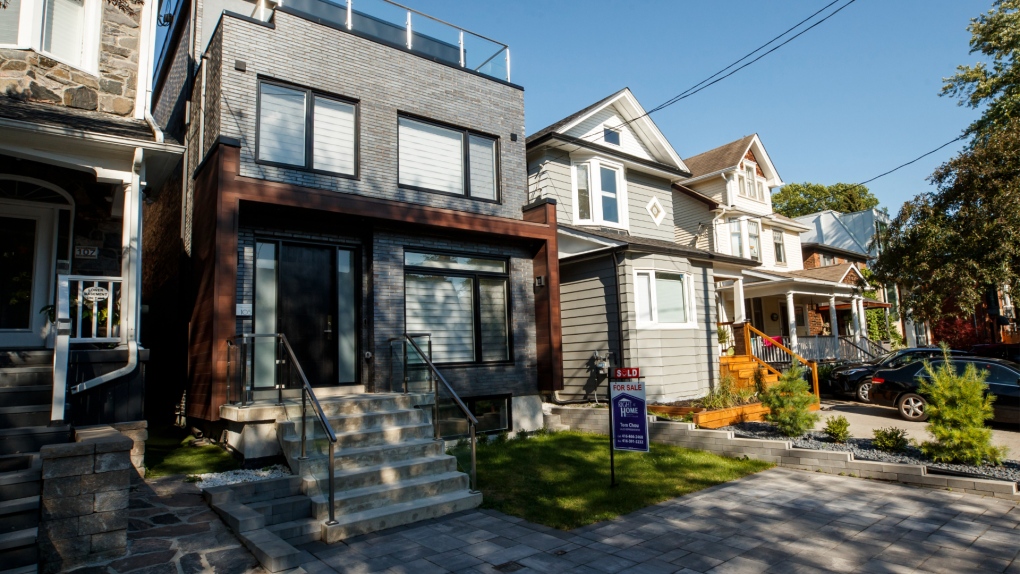 A Sold sign sits in front of a house in Toronto on Tuesday July 12, 2022. THE CANADIAN PRESS/Cole Burston

New data reveals how much prospective homebuyers need to make in order to buy a home in Toronto and Hamilton, and the income required dropped by over $10,000.

Ratehub.ca, an online mortgage brokerage service, looked at real estate data from March, June and August this year in 10 major cities across the country, and for Toronto, it revealed the average home price in August was $1,124,600.

According to the data, this means homebuyers need to be making just over $213,000 in order to afford a 20 per cent down payment on a house in the city.

“Toronto saw the biggest change to affordability, with $12,550 less income needed between June to August 2022,” James Laird, co-CEO of Ratehub.ca, said in a statement.

In June, homebuyers looking for a place in Toronto needed to have an income of at least $226,500 to comfortably afford a roughly $1.2 million home.

Still in the Greater Toronto and Hamilton Area (GTHA), prospective homebuyers wanting to buy in Hamilton should be making over $165,000 to afford a 20 per cent down payment. That is roughly $11,500 less than how much it was in June.

The report found housing affordability improved, though it notes it is still less affordable now than what it was earlier in the year.

"Homes in every city we looked at are slightly easier to afford than [what] they were two months ago. This is because rates have remained unchanged, while home prices have softened," Laird said.

While the average price of a house in Toronto was just over $1.3 million in March, homebuyers needed to be making just over $210,750 to make a 20 per cent down payment. Mortgage rates were at 3.14 per cent.

“If rate hikes come to an end soon and home prices continue to come down, then affordability will improve,” Laird said.