TORONTO -- Dozens of TTC and GO buses paraded along downtown Toronto’s Hospital Row Thursday night to salute health-care workers who are on the front lines of the fight against COVID-19.

Led by the TTC honour guard, the parade began at Queen’s Park Circle and headed south on University Avenue at around 7:15 p.m., driving by several hospitals. 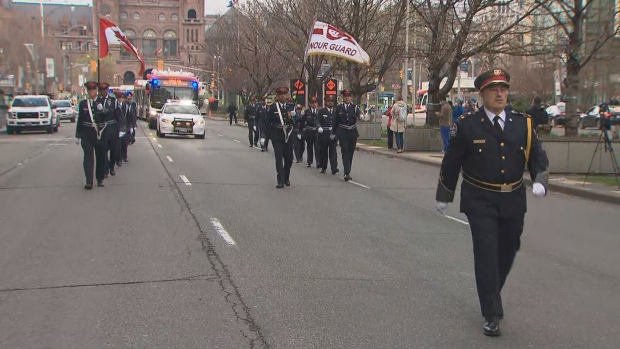 About 20 buses, Wheel-Trans vehicles, special constable units, and the TTC command vehicle were decorated with red and white balloons and posters, saying thank you to all COVID-19 workers.

The signs were made by staff and their family members.

Christian Maglieri, a TTC duty station manager, said transit workers wanted to honour all essential workers for the commendable work they are doing day in and day out.

He said the parade is a one big thank you.

“They put their life in jeopardy every day coming down and assisting others and ensuring that we’re all saved,” Maglieri said. “We’re tremendously thankful for that.”

“If it wasn’t for them, our numbers could have been different so greatly.”

Several hospital workers, some wearing their scrubs and personal protective equipment, lined up the street to watch the parade. Other health-care workers watched the cavalcade through the windows. 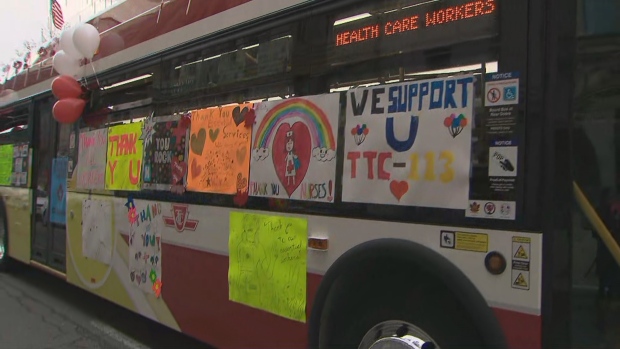 Nadia Farooki, an emergency physician at Toronto General Hospital, said seeing the overwhelming support from other essential workers made her emotional.

“I was telling my colleagues that I hope I don’t cry because I can’t wipe my eyes,” Farooki said. “It’s heartwarming.”

Farooki said she was happy to see tonight’s parade because she missed the previous one. Less than two weeks ago, the city's first responders and Toronto Mayor John Tory marched along hospital row to pay tribute to health-care workers. 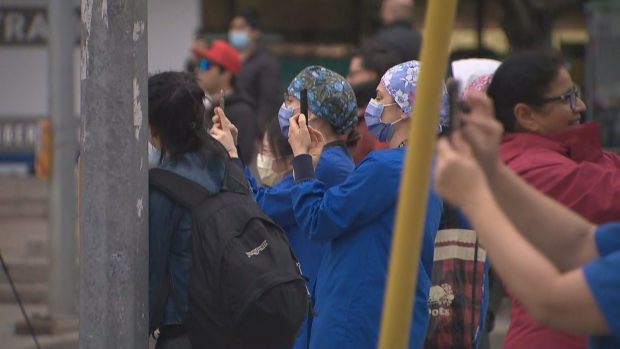 The fight against the virus, which has killed 1,082 people in Ontario and more than 230,000 worldwide, has been tough and demoralizing, Farooki said.

“We’re all acting like we’re brave. And then when you finish your shift, and you drive home, that’s when it hits you. And that’s when you feel lucky that you’re not a patient,” she said.

“(You feel) grateful that you’re able to help, and then you get home, and you kiss your kids good night, and you’re happy to do it again.”

Farooki said all of the health-care workers are helping each other, especially when one of them is not doing well.

“I think it’s the feeling that we are for sure all in this together, we’re all there helping and the little things, like going to buy them something to drink or just saying, ‘hey, I’ll talk to you later.’” 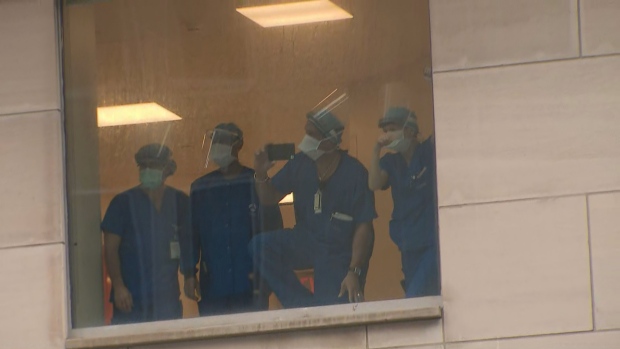 Nireen Qureshi, a TTC station manager, said health-care workers have the “bravest souls” to be able to walk in every day and to dedicate their time to taking care of everyone.

“I don’t know how they do it,” Qureshi said.

Qureshi said she is also proud of her fellow TTC workers who come into work during the pandemic. 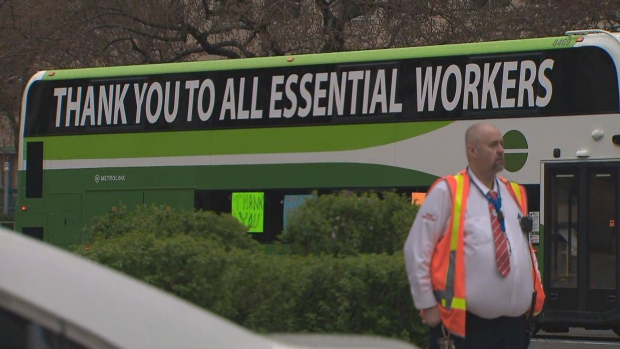 “They stay positive minded and cheer people up no matter how difficult times get,” Qureshi.

“We work hard for everyone in Toronto, but we also want to go back to our families safe and sound and healthy and make sure our family’s healthy.”