News of an Ontario child's 40-hour wait in the emergency room made its way to Queen’s Park Wednesday, but the health minister said the overwhelmed state of hospitals in the province is not a new phenomenon.

“It is obviously deeply disturbing for all of us to hear stories about parents who have to wait with their children as they get admitted, as they are waiting for that bed to open up in the hospitals,” Sylvia Jones said during question period.

“But I also think it's important for us to understand and appreciate that these are not new issues, and not new problems.”

Jones’ remarks were in response to a question by interim NDP Leader Peter Tabuns, who referenced the incident first reported by CTV News Toronto.

“How many more kids will have to wait long hours for care before this government takes action to relieve the burden on hospitals and ensure our kids get the care that they need,” Tabuns asked Premier Ford – who was absent from question period on Wednesday.

Earlier this month, a four-year-old child with Down syndrome was brought to Cortellucci Vaughan Hospital north of Toronto after coming down with a serious respiratory illness.

The child’s mother, who asked only to be identified as Jasmine, said she spent some 40 hours in the hospital’s emergency room before her daughter was given a bed. 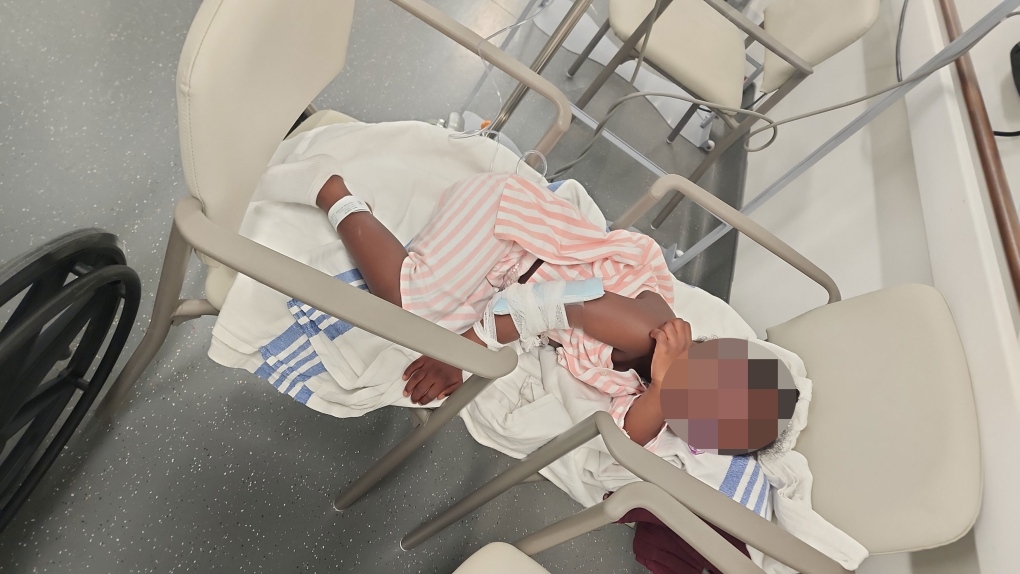 A four-year-old child sleeps in a makeshift bed at Cortellucci Vaughan Hospital in November 2022. (Photos provided)

“Forty hours in the ER was just completely ridiculous for a four year old. It’s unacceptable,” Jasmine told CTV News Toronto in an interview about the wait.

Her daughter was eventually diagnosed with pneumonia and respiratory syncytial virus (RSV), the latter of which is one of “three major viral threats” currently facing the province’s beleaguered health-care network, the other two being COVID-19 and influenza.

For Jones’ part, she said the current Progressive Conservative government was left “in dire need" of health-care investments when it was elected in 2018.

“We will continue to do what is right and what is needed,” she said. 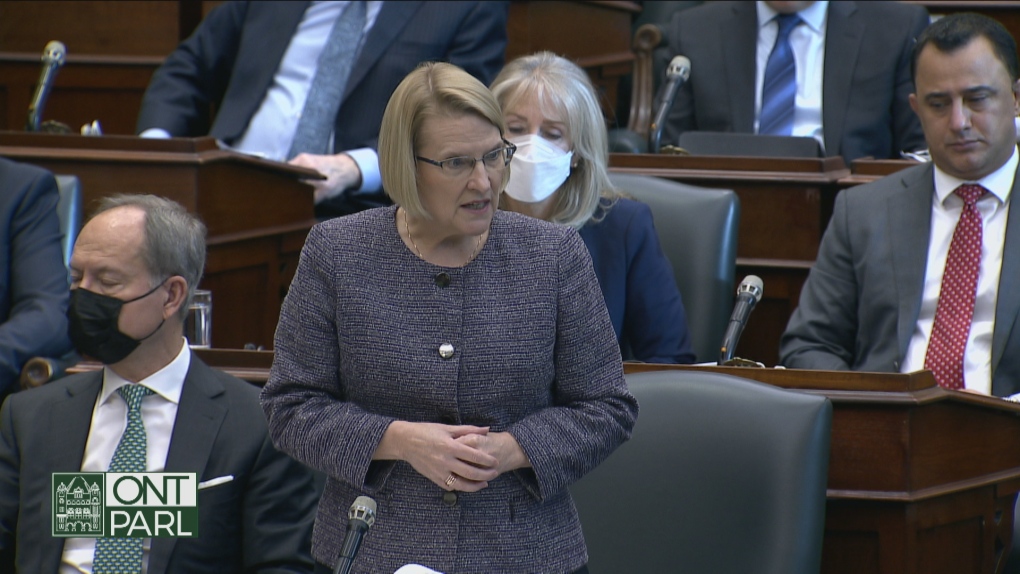 Pediatric hospitals across Ontario have reported being overwhelmed in recent weeks by a crush of sick patients infected with the flu and RSV.

To that end, earlier this month, the Children's Hospital of Eastern Ontario (CHEO) in Ottawa was forced to open a second pediatric intensive care unit to address the overflow while Toronto’s Hospital for Sick Children announced it would limit surgeries in attempt to preserve critical care capacity.