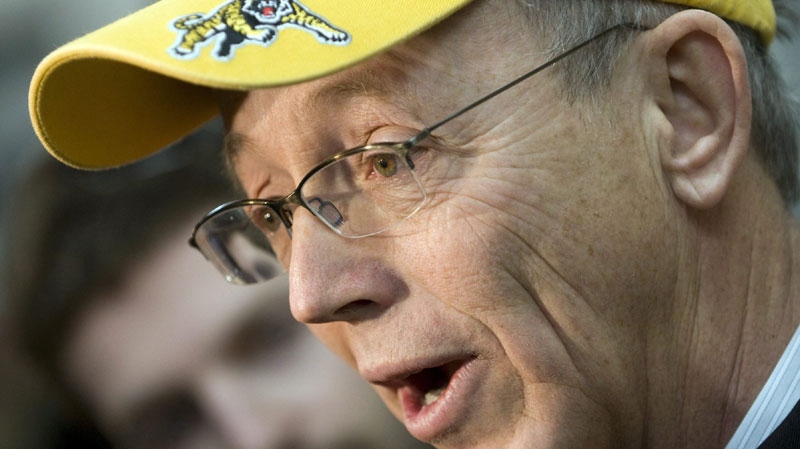 Hamilton councillors voted unanimously to have city staff look into the feasibility of the plan to rebuild the stadium which could also be used for the PanAm Games.

The politicians will get a chance to see the city report on Jan. 24 and will then need to reach a decision within a week.

Council also voted to keep a smaller stadium at the West Harbour as their "Plan B" for the Games.

The vote came a day after Hamilton Mayor Bob Bratina and Tiger-Cats owner Bob Young agreed to give up the search for a site to build a new stadium and renovate Ivor Wynne instead.

Hamilton has until Feb. 1 to confirm plans for a stadium that would be used for the 2015 Pan American Games and then become the new home of the Tiger-Cats.

The planned $115-million stadium, funded by the city and the organizing committee, would have 25,000 seats.

The north stands would remain intact while the south stands would be demolished and completely rebuilt. It would use about 10 hectares -- the current stadium land, plus the land from the practice field next door and the closed-down high school across the road. Up to an estimated 1,500 parking spots would be created.

Construction would begin in 2012 with completion set for 2014.

The municipalities of Mississauga and Brampton still plan to submit plans for a soccer stadium for the Pan Am Games before the Feb. 1 deadline, while Markham has withdrawn its expression of interest.