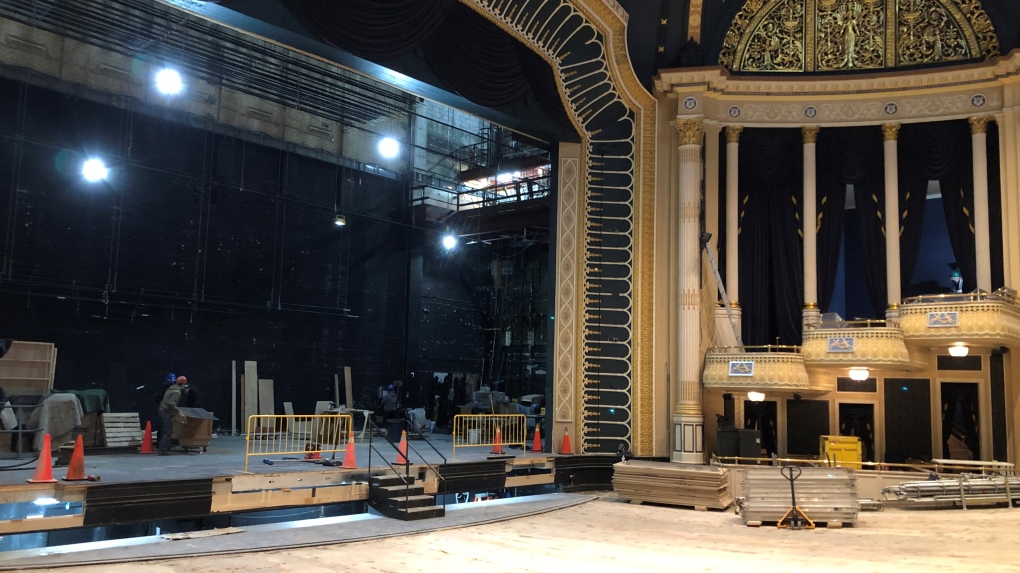 Broadway phenomenon “Hamilton” is set to come back to Toronto nearly three years after COVID-19 prematurely ended its Canadian run.

Mirvish Productions announced Wednesday that the Lin-Manuel Miranda musical will join its 2022-23 season, launching in February.

Mirvish says season tickets are now on sale, while tickets for individual shows will be available at later dates.

It's the first full season for Mirvish since the pandemic shuttered its theatres for months in early 2020, leaving its marquee show “Come From Away” to reopen last December after a 21-month hiatus. The show faced a COVID-19 outbreak among crew and ultimately closed earlier this year.

But the 2022-23 season is coming back in full force with a total of 14 shows, six of them part of the main slate of programming.

One of the additions is “The Shark is Broken,” a comedy based on the troubled production of Hollywood blockbuster “Jaws.” Its title is drawn from director Steven Spielberg's notorious struggles with the faulty mechanics of the fake shark at the centre of the film.

“Fisherman's Friends” is a British musical based on the real-life tale of a group of Cornish fishermen who launch a music career.

“Pressure,” the story behind the D-Day invasion starring “Downton Abbey” actor Kevin Doyle, is also being added to the schedule after its original run was cancelled by the pandemic.

“Mean Girls” is a stage version of the popular 2004 film written by Tina Fey with music from her composer husband Jeff Richmond, while “Hadestown” picked up eight Tony Awards in 2019.

Theatregoers who already had “Hamilton” tickets for the cancelled 2020 performances will get first dibs on new tickets.

A spokesman for Mirvish says details on single ticket sales for “Hamilton” will be outlined later this year.

“Hamilton” was scheduled to play 112 shows at Toronto's Ed Mirvish Theatre in early 2020 and had mounted just 37 of those performances when COVID-19 forced restrictions on large gatherings. The last show ran March 13, 2020.

Outside the main season, Morissette's “Jagged Little Pill” is billed as one of Mirvish's bonus shows. Through the Ottawa-raised musician's beloved songs, the musical builds a narrative about growing up. The book is written by “Juno” screenwriter Diablo Cody.

Mirvish will also welcome the return of “Jesus Christ Superstar” and the premiere of “God is a Scottish Drag Queen,” written by and starring Canadian comic Mike Delamont.

This report by The Canadian Press was first published June 8, 2022.