BOWMANVILLE -- Located on what is now the eastern edge of the town of Bowmanville Ont., a designated national historic site dating back to the 1920s finds itself somewhere between continued decay and possible restoration.

The land was originally intended to be a home for troubled youth – the Bowmanville Boys Training School. The former school started accepting students in 1925. Later, that changed when it became a prisoner of war camp called Camp 30.

The buildings on the grounds included a dormitory, a cafeteria, a gymnasium and an indoor pool. Time and weather have been hard on the buildings that remain. They have fallen victim to vandals and graffiti artists. However, there are still those who care a great deal about preserving the historic site.

The municipality of Clarington works closely with the Jury Lands Foundation, a group dedicated to protecting the buildings and the land they sit on, preserving them as a Canadian historic and architectural site.

The foundation wants to play a key role in the restoration and redevelopment of the buildings.

"We would look after the outsides of the buildings and bring them back to the glory that they were on the grounds," Marilyn Morawetz, Jury Lands Foundation chairperson, told CTV News Toronto. 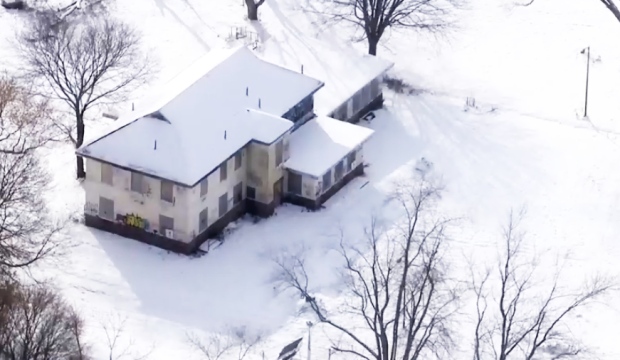 "The care and fund raising and all that goes with the refurbishment of the buildings would be our obligation, and not the local taxpayers."

"Inside those buildings would become purposeful, useful businesses, organizations, event places. They are falling into worse and worse repair, which means that it’s going to cost all of us money and more work to get them to a state and beauty that they once were."

For now Camp 30 will sit, as agreements between the town and the current land owner are reached, and only then can the plans move forward on the revitalization project.