TORONTO -- The former home of popular Toronto artist Doris McCarthy sits high above a pathway named in her honour in an area now known as the Scarborough Bluffs.

While on a sketching outing in November 1939, the young artist and teacher found a unique location to be her muse, the landscape along the shore of Lake Ontario, just east of the city.

She was so taken by its picturesque beauty that she bought a parcel of land in the area, which included the valley and creek that runs to the lake and up to the crest of the bluffs some 57 meters above.

By 1940, McCarthy started work on a summer cottage, which would later become her full-time residence and artist studio. The house sits 60 metres back from the edge, just west of the ravine.

Her mother called the home a “fool’s paradise” and thought her daughter’s purchase of the land was extravagant at $1,250 at the time.

The Doris McCarthy Trail runs from Bellehaven Crescent to the shore of Lake Ontario. It is home to Bellamy Ravine Creek, which flows through the beautiful wooded valley.

At the southern end of the trail, there are spectacular views of the Bluffs and the lake. The path, while steep in places, is an easy walk to the water’s edge, but there’s a bit of a climb back to the top.

All of it is now part of the seven acres that McCarthy donated to the Toronto and Region Conservation Authority in 1986. 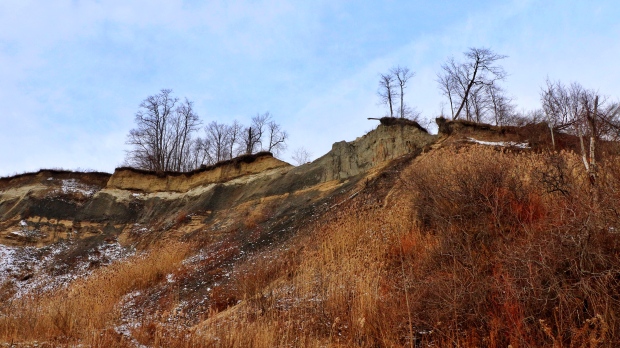 Her “fool’s paradise” home was bequeathed to the Ontario Heritage Trust in 2010. McCarthy wished that her former home and property be a place for artists, musicians and writers to immerse themselves in. She believed that the unique location could inspire their artistic work.

The Ontario Heritage Trust now has taken responsibility to carry out McCarthy’s wish by organizing the Doris McCarthy Artist-in-Residence Centre.

The program accepts applications from people looking for the opportunity to work and stay at the home for a term of one to three months. 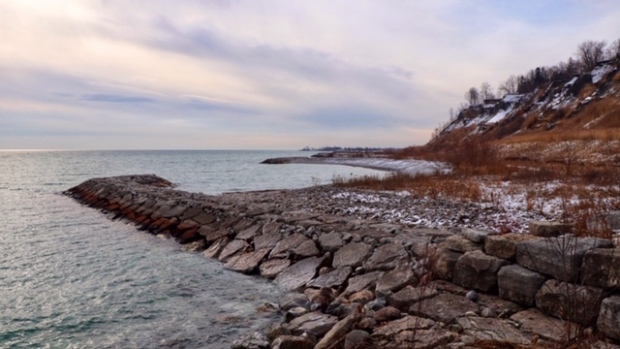 Successful applicants are later asked by Ontario Heritage Trust to share their experiences and work and provide mentoring for other emerging artists.

Doris McCarthy, who died in 2010, travelled extensively and was best known for her landscapes. Her work is found in public and private collections across Canada, and around the world.