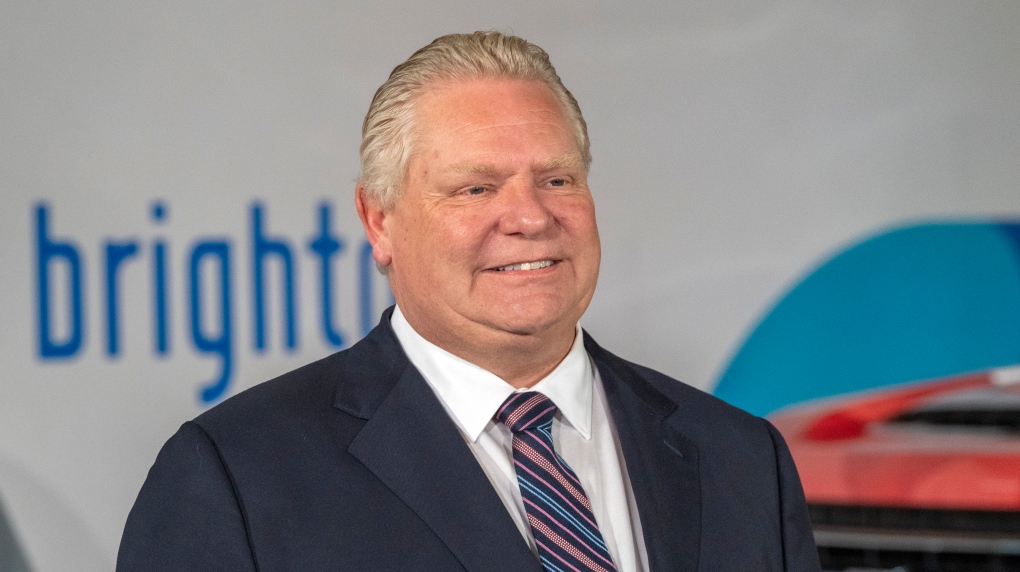 The Doug Ford government will add a fifth station to the Yonge North Subway Extension after previously scaling back the project amid ballooning costs.

Premier Doug Ford announced on Wednesday that his government will add a new station at Royal Orchard Boulevard in Thornhill to the planned eight kilometre route, funding its construction with proceeds from the development of two new transit oriented communities at the future sites of a pair of stations in Richmond Hill (Bridge and High Tech stations).

In a release, the government said that it will use Ministerial Zoning Order’s to bypass parts of the local approval process for the developments and “cut unnecessary red-tape.”

But some members of the community have raised concerns that the developments will bring too much density to Richmond Hill, including a group of protesters who attended Wednesday’s news conference.

“I would say all politicians need to follow the existing plans that have been in place for years and that were negotiated with the local people that live in communities,” resident Barry Nelson told CP24. “They are very clear as to what local people want but they (politicians) are not voting along local lines; they are voting along developer lines.”

The change to the scope of the subway extension comes one year after the Ford government slashed two stations from the route and moved a portion of the line above ground after determining that its original plan would have increased the price tag from $5.6 billion to $9.3 billion.

The route will still travel from Finch Station to just north of Highway 7 in Richmond Hill.

“This is an investment that will bring new transit, new connectivity and new opportunities to the great folks who live in York Region and better transit connectivity means this community will continue to be served as it grows,” Ford said during a news conference in Thornhill.

The new station will be located at the intersection of Royal Orchard Boulevard and Yonge Street in Thornhill.

Metrolinx said in an analysis completed last year that the station will be within walking distance (10 minutes or less) of approximately 7,300 people by 2041, as well as approximately 1,300 jobs.

It has said that the presence of the station would ultimately add 1,075 new daily riders to the subway extension.

The agency, however, estimates that the station would cost $283 million and would only provide about 36 cents of benefits for every dollar spent on the project. That is compared to about 60 cents of benefits on the dollar for the other “neighbourhood” station slated for Clark Avenue in Thornhill. 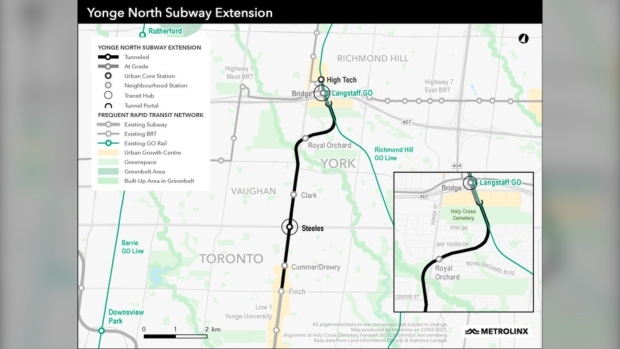 Yonge subway extensionOn Wednesday, Ford was asked whether a series of recent funding announcements from his government essentially amount to campaigning on the taxpayers dime but he brushed aside the suggestion.

“We started immediately,” he said of work on the Yonge North subway extension. “As soon as we took office, we put down a plan for transit, the largest infrastructure transit plan in North America and we started absolutely immediately. It all takes a little bit of time. But at least we're getting it done.”

Markham Mayor Frank Scarpitti has repeatedly pushed for the inclusion of a fifth station at Royal Orchard Boulevard.

Construction on the subway extension is expected to begin in late 2023. The government has said that the project could be completed in 2030.

A gunman on a rooftop opened fire on an Independence Day parade in suburban Chicago on Monday, killing at least six people, wounding at least 30 and sending hundreds of marchers, parents with strollers and children on bicycles fleeing in terror, police said. The suspect remained on the loose hours later as authorities scoured the area.