Some drivers may be feeling on edge as Toronto is dealing with a rash of violent carjackings targeting mostly high-end vehicles.

The latest string of carjackings occurred Wednesday night when three separate victims had their vehicles stolen at gunpoint in the span of only two hours.

Police believe all three incidents are linked and that the suspects should be considered armed and dangerous.

Earlier this week, Toronto Maple Leafs forward Mitch Marner had his Range Rover stolen at gunpoint outside an Etobicoke movie theatre. He was uninjured in the incident.

Crime Expert Mark Mendelson says carjackings may be on the rise because these thefts are easier than using technology to steal key fobs from inside a home to unlock parked vehicles.

“It's easier than being out in the middle of the night with a computer playing around in somebody's driveway. This is a much simpler way, albeit the car accidents that are showing up are pretty elaborate,” he told CP24 Friday morning.

“It's started and finished in thirty seconds and, you know, they don't care about witnesses driving by, it's not their problem,” he added.

If you’re ever being targeted in a carjacking Mendelson recommends making noise to deter the thieves.

“If you see somebody coming towards your vehicle and you have a concern about it, whether it's two or three people, you'll lock the doors and you can set the alarm with your key fob. Make some noise, that's not what they want, they don't want to attract attention,” he said.

However, if there’s any threat to your safety Mendelson says to comply with demands and give up your vehicle.

“If you're going to be approached by people who are armed, give it up and let them have the car, it can be replaced. It's just not worth your life trying to protect this vehicle.” 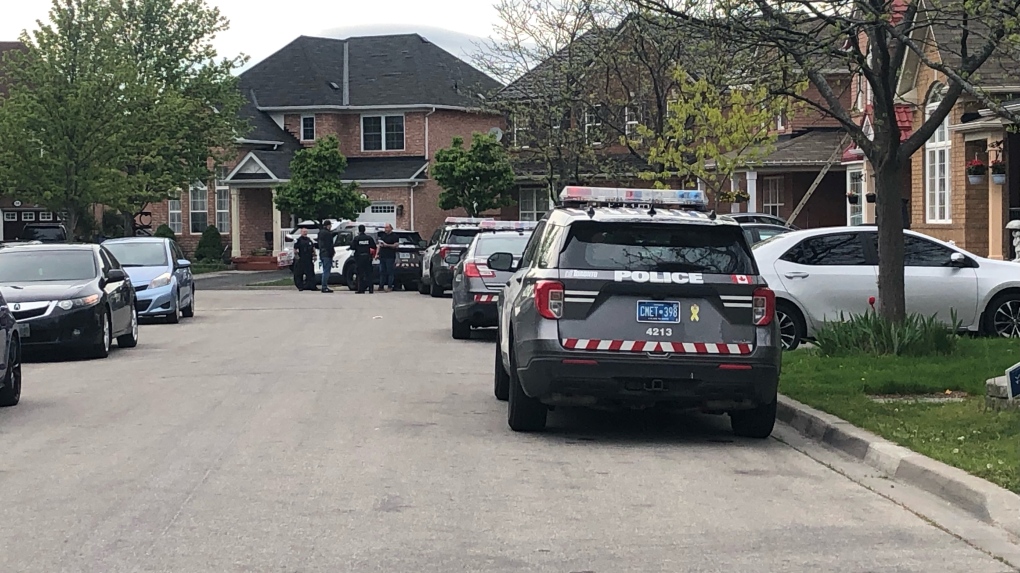 Toronto police are on the scene of a carjacking in Scarborough. (Beth Macdonell/CTV News)

Mendelson adds that if you feel like you’re being followed, drive to a police or fire station and call the authorities.

“There's nothing wrong with pulling into the closest police station or fire station, hitting the car alarm, calling 911, making noise drawing attention. The police will not be annoyed if it turns out to be a false call. It's not a problem given what's going on out here now.”

If criminals attempt to steal your car with children inside, Mendelson says they will likely let you take the children out before taking the vehicle.

“I suspect that if they're going to carjack you when you want to get your child out of that car seat, that may not be a problem. That's a dilemma they don't want to face and hopefully nobody has to face that position.”

Meanwhile, Toronto Mayor John Tory is asking his federal and provincial government counterparts for help with the situation, which he has likened to a "plague."

In the letters, Tory said that there have been 93 carjacking incidents that have occurred in the city so far this year compared to just 21 at this time point in 2021.

Many of those incidents, he said, have “alarmingly” involved the use of weapons and or violence.

“This situation and the trend line cannot continue and I am writing to ask for your help,” he said. “I am confident that by working together in partnership, all three levels of government – together with the Toronto Police Service and other local police services in the Greater Toronto and Hamilton Area – can reverse the tide of increasing auto thefts.”

Tory had several specific asks in his letters.

He reiterated a request city council made of the provincial government in December to create a auto theft task force in partnership with municipalities and said that he would like the RCMP to partner with and provide support to that task force as required.

He also said that the Ontario government could provide additional resources to the Toronto Police Service to help deal with the “epidemic” of auto thefts.

Furthermore, he said that all three levels of government should partner together to explore “upstream solutions,” such as steps that can be taken on the assembly line.

“I look forward to the work we can do together on this important issue. We simply must act to obtain better results and I think that can best be done together,” he said. “The status quo is simply not acceptable for any of us.”