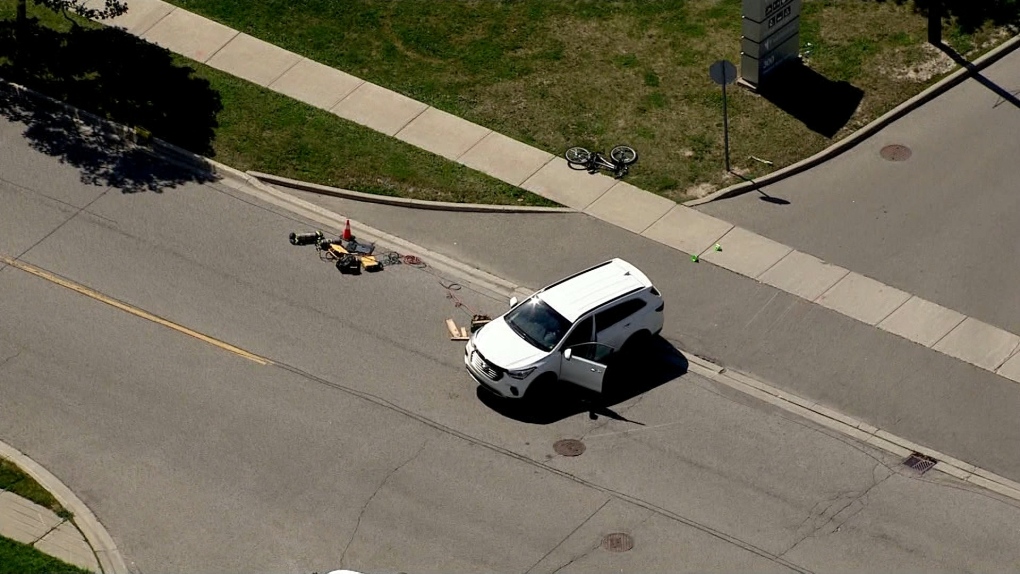 The scene of a fatal collision involving a 10-year-old girl on Pleasant Ridge Avenue in Vaughan is pictured September 1, 2021.

TORONTO -- York Regional Police have charged a 33-year-old driver in connection with the death of a 10-year-old girl who was struck by a vehicle in the Thornhill Woods area in Vaughan in September.

The little girl was riding a bicycle along Pleasant Ridge Avenue on Sept. 1 at around 10:45 a.m. when she was struck by a Hyundai Santa Fe between Basie Gate and Coltrane Drive.

The girl suffered life-threatening injuries and was rushed to hospital, where she was pronounced dead a day later.

She is set to make a court appearance in Newmarket on Feb. 3.