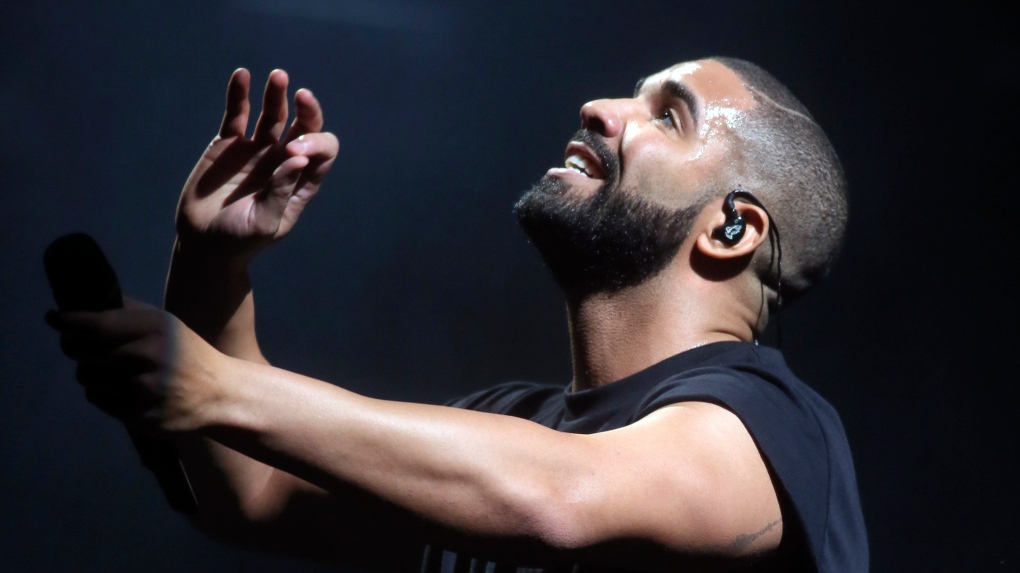 OVO Fest’s Young Money Reunion concert is back on one a week after Drake announced it was being postponed due to his COVID-19 diagnosis.

In an Aug. 4 Instagram post, the Toronto rapper said he’s now tested negative for the virus and the show has been rescheduled for Saturday, Aug. 6.

“Negative test…positive outcome…this was the only date available until the fall and because the family is so solid everybody is flying back in to make it happen for you all,” Drizzy wrote. 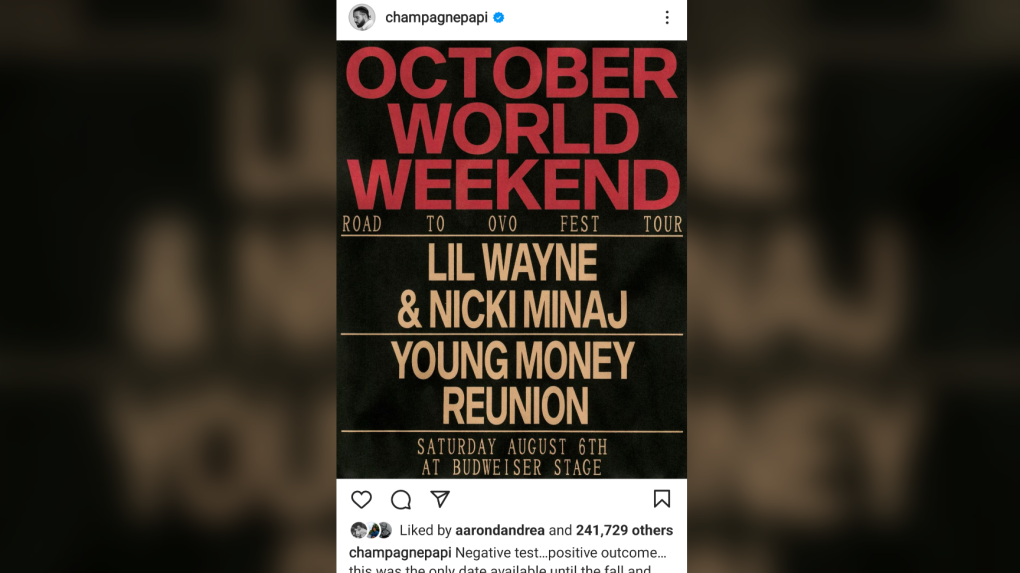 Toronto Rapper Drake, who was forced to cancel his Young Money Reunion concert after contracting COVID-19, has now rescheduled his event for Aug. 6 after testing negative for the virus.

Rappers Nicki Minaj and Lil Wayne are the featured artists in the Young Money Reunion show, which is part of Drake’s October World Weekend event. The concert is scheduled to get underway at 7 p.m. Saturday at Budweiser Stage.

The show was initially set for Aug. 1, but on the day of, ChampagnePapi was forced to cancel the sold-out event after testing positive for the virus and said he was “truly devastated.”

He promised fans he’d reschedule the concert to the “SOONEST date possible.”

“I am so sorry for letting you down on our weekend together and the moment I test negative I will give you everything I got on stage (except the Covid),” Drake wrote.

An Amber Alert issued on Monday for two Saskatchewan children has been extended into South Dakota. Saskatchewan RCMP say evidence uncovered during their investigation suggests the children may be in the U.S. state.

A Saskatoon mother made an apparent 'checklist' while planning to vanish with her son, according to court documents

The man who claims to be one of the people seen 'surfing' on the roof of a moving subway train in Toronto is speaking exclusively to CTV News about his stunts and the looming threat of a police arrest.

Whether an FBI search of Trump's Mar-a-Lago residence is a prelude to criminal charges is unknown. The action Monday nonetheless focuses attention on the thicket of statutes that govern the handling of government records, though the department's own history of prosecutorial discretion makes it hard to forecast with certainty what might happen this time.

China on Wednesday reaffirmed its threat to use military force to bring self-governing Taiwan under its control, amid threatening Chinese military exercises that have raised tensions between the sides to their highest level in years.

Legacy of Serena Williams extends beyond success on tennis court

Serena Williams indicated on Tuesday she is preparing to walk away from her professional tennis career as the start of the U.S. Open approaches on Aug. 29 and her 41st birthday approaches next month. She would leave behind a legacy that extends beyond her dominance on the court.