'Council was not aware' of decision to halt ice testing at Grenadier Pond, councillor says 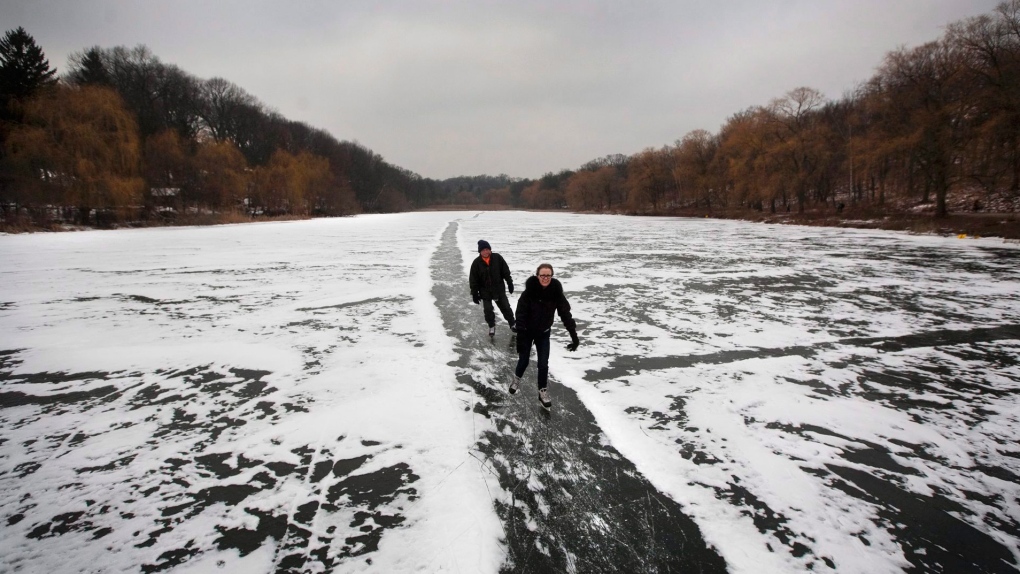 A couple skates along a path in the snow on Grenadier Pond in Toronto's High Park on December 29, 2010. (Darren Calabrese / THE CANADIAN PRESS)

TORONTO -- The City of Toronto will no longer test the ice at Grenadier Pond in High Park after staff reported no “safe” skating days in the past two years—a decision that appears to have surprised the city councillor representing the area.

In a letter to residents, Parkdale-High park Counc. Gord Perks said the decision to end the program was made during the 2019 budget process, but that staff did not highlight the change and council was “not aware of it” when they approved the document.

“I have told city staff in no uncertain terms that this is not the way decisions to cancel a public service should be taken,” Perks said. “You and I should have been presented with staff's reasoning and given a chance to discuss it together.”

The city has been monitoring the ice on Grenadier Pond since 2015 to ensure it is a safe thickness for skating. According to Perks, officials found there were only 17 days in both 2017 and 2018 that were rated “skate at your own risk.”

“There are no circumstances where the ice would be rated "safe,’” Perks said.

“Given the extraordinary cost and the fact that people were still in danger, I am forced to agree with staff that the program should be discontinued,” Perks added.

Speaking with CP24 on Monday night, Toronto Mayor John Tory said that the decision to halt ice testing on Grenadier Pond was the subject of “much back and forth” in city hall. He said that ultimately it was a safety and liability issue.

“If you test the test and you then certify it’s safe and someone falls through the ice and suffers a bad fate, then the city would then be held responsible for that,” he said.

"The city doesn’t want to be held responsible for that.”