A bake sale fundraiser has raised at least $22-thousand dollars for leukemia research at Toronto’s Hospital for Sick Children.

The intersection of Fairlawn Avenue and Elm Road was packed with people Sunday afternoon all crowding around a cluster of tents on Caryn Levin’s front lawn. Beneath the tents were plenty of treats, all being sold in the annual fundraiser called “Marky’s Sweet Treats”.

It’s a way for Marky Czutrin's family, friends and community to say thanks to SickKids Hospital after Marky became the fourteenth person in Canada to undergo CAR T-cell therapy earlier this year. 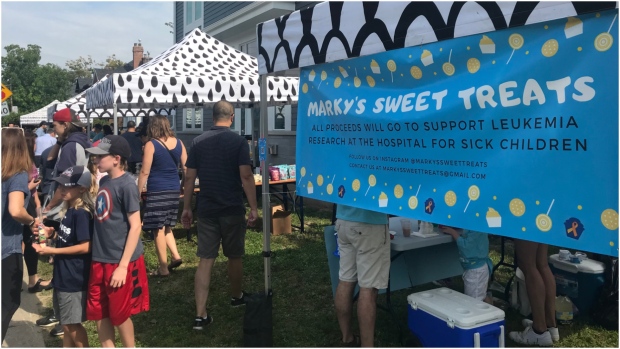 Holding her son in her arms, Heidi Czutrin told CTV News Toronto, “We owe so much to that hospital. It’s so wonderful to be in a position now where, after taking so much from the hospital for so long, we’re finally able to give back.”

Marky is now in full remission after battling the disease for two and a half years, and relapsing twice. But it’s been a difficult time for people who know him. So on the spur of the moment on Sunday afternoon, Sam and Nita Goldband promised to match the first ten-thousand dollars raised.

“We wish that we could do something more. I wish I could, never mind a cheque, we wish we could put our hand in our pocket and make Marky, and all the other kids who have leukemia, healthy for the rest of their lives, and never have to worry about these things again,” Nita said, as she stood arm-in-arm with her husband of 47 years.

Reflecting on the past couple of years, Sam said, “It’s been torture, and step by step we’ve seen Marky get better, and it’s something that we’ve wanted to do from day one, so we decided to do it today.”

Hundreds of people also showed up to buy some of the tempting looking treats, and help give back. Children were tugging on their parents arms, asking for another two dollars to buy another cookie, and because of the cause, parents weren’t hesitating. 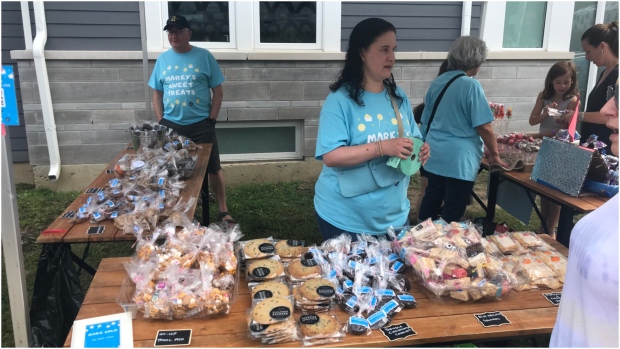 Beyond the baked goods, many of which were made by Caryn Levin, there were also thousands of dollars in toys and experiences donated for a raffle. Levin has been friends with Marky’s family for years, and was visibly moved by how well he’s doing these days.

“To see him now running around and dancing is night and day from what we have seen, and... seeing him be a real boy is like a dream. I... I... I could cry.”

And as the children’s entertainers “Sonshine and Broccoli” performed on the back deck, and the kids, including Marky danced below, there was a real sense of relief, happiness and community spirit in the air.

A spirit that will live on in this annual fundraiser that is incredibly important to a lot of people. 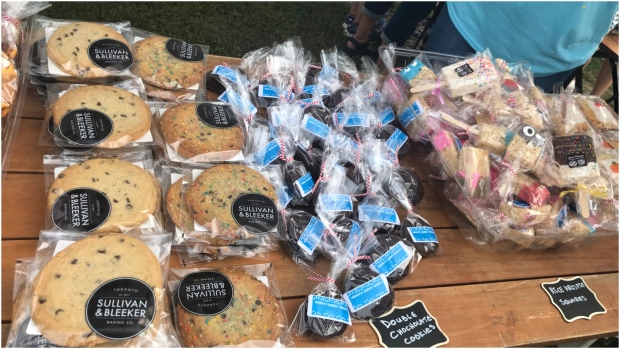