Car-sized sinkhole opens up on Runnymede

A car-sized sinkhole has been filled after it opened up in Toronto's west end, causing delays in traffic and bus transit.

The sinkhole opened up on Runnymede Road between St. John’s Road and Annette Street on Monday afternoon. 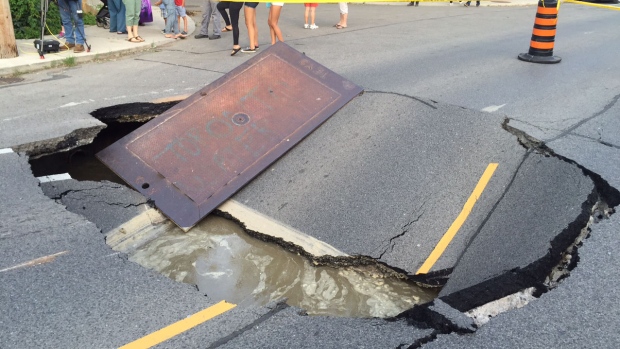 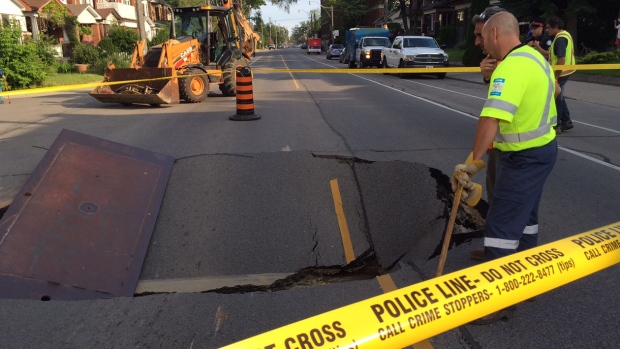 That section of Runnymede was closed to traffic until Tuesday at noon. During the closure, buses that normally travel along the route used detours on Annette, Jane, and Dundas Streets, TTC officials said on social media.

79 Scarlett Rd diverting both ways via Anette, Jane, Dundas due to a sinkhole on Runnymede at Maher.#TTC